Michal Rosen has designed the new offices of UXpert, a company engaged in the branding and creation of user experiences for Smartphones, Internet and other media, which is located in

When UXpert hired Studio Michal Rosen to design the new offices to which they were moving, they asked to steer the design towards “user experience” branding.

At the directive of Nitzan Avitouv, the company owner, they designed an office that would represented creativity, transparency, quality and excellence.

The work with this company was project-based such that at the beginning of each project they carried out strategic planning, branding and concept creation. The next stage involved detailed planning for undertaking of the concept.

Both these stages require graphic designers, web developers and programmers and great importance is placed on good teamwork and fruitful cooperation. Each stage combines alternately both individual work and group work. In order to achieve maximum support for the planning process Michal Rosen designed offices that integrate closed rooms and an open central collaborative work space. The central space faces the windows and receives plenty of light and air. In the center of the offices are rooms with glass walls which also receive copious amounts of light.

UXpert‘s creative field of business is reflected in the combination of several special elements in the office design:

1. The unique design of the embedded enamel wall panels which are specifically designed for the project. The enamel panels are scattered around almost every room and of course, in the main space.

2. Air-conditioning ducts made of yellow fabric. The main advantage of the ducts, besides their special appearance, is the dispersal of air evenly throughout the entire duct system.

3. Hanging decorative acoustic sponges designed for the project complement the industrial look of the exposed ceilings. They are a fresh and creative solution for establishing good acoustics in the open space. 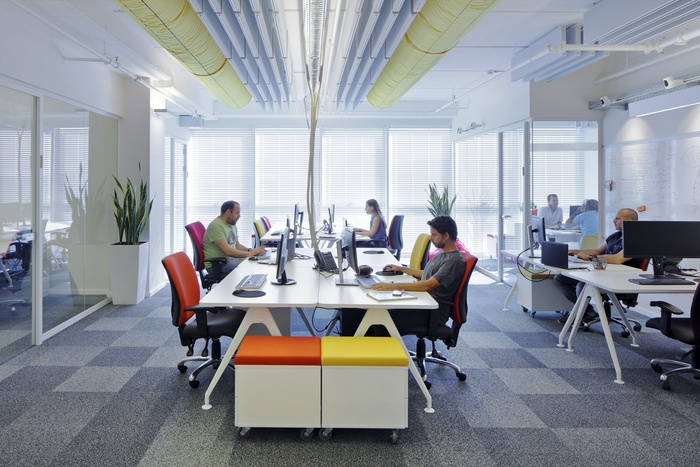 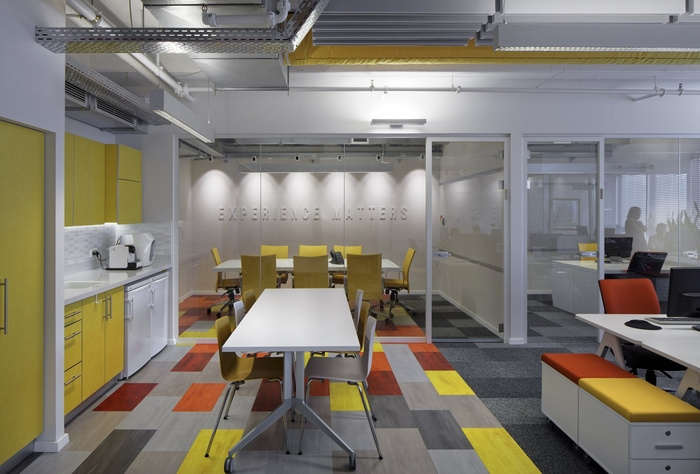 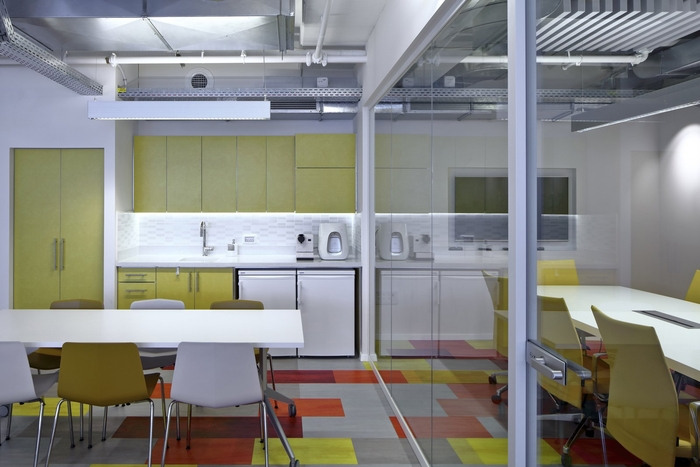 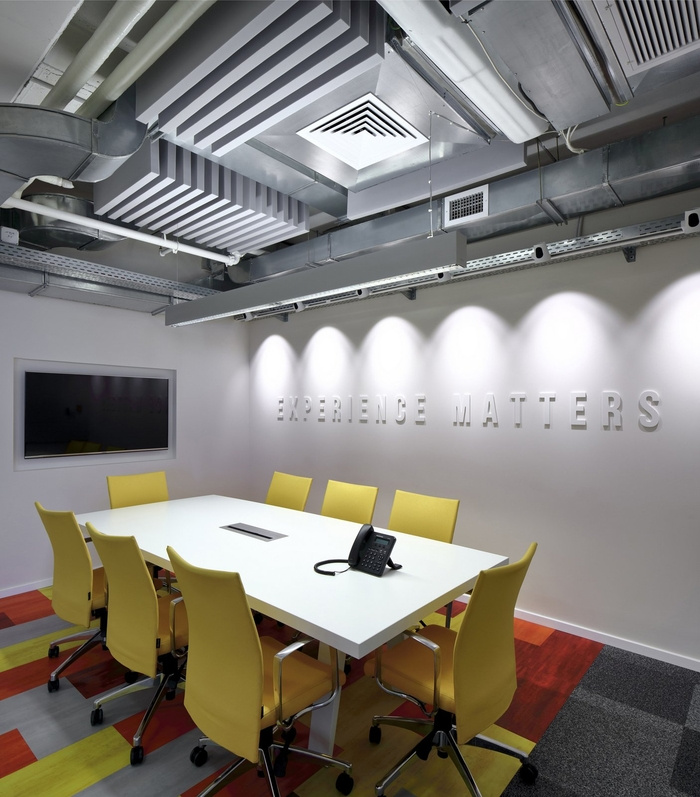 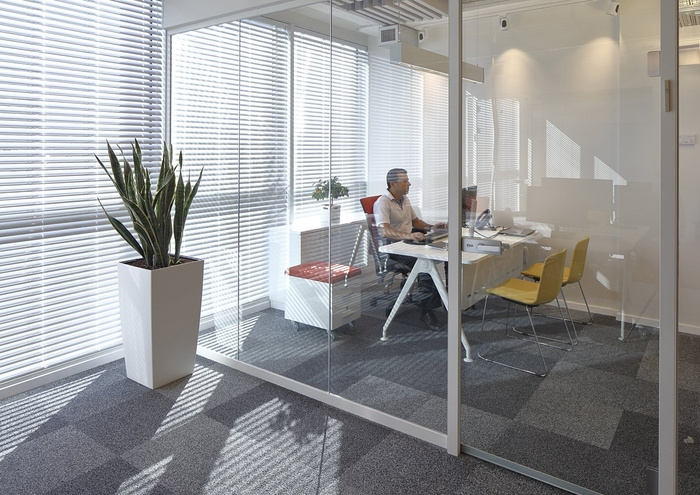 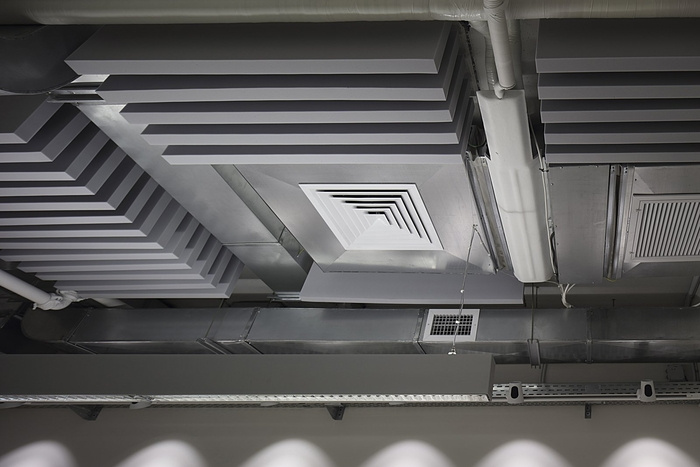 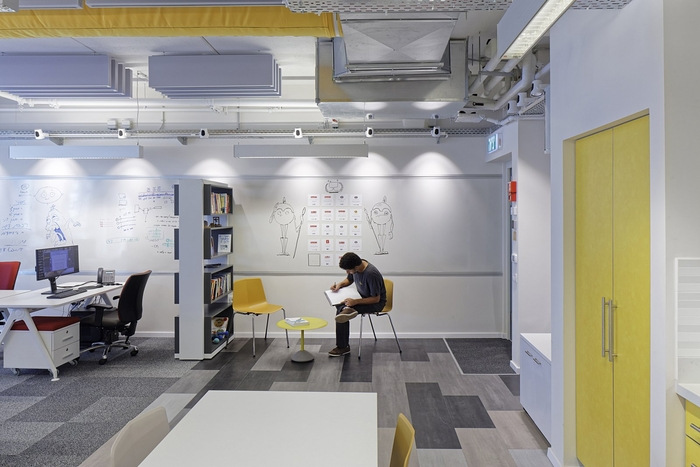 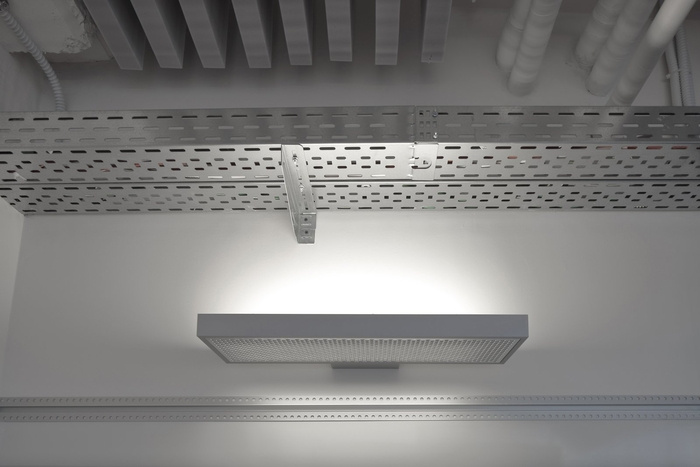 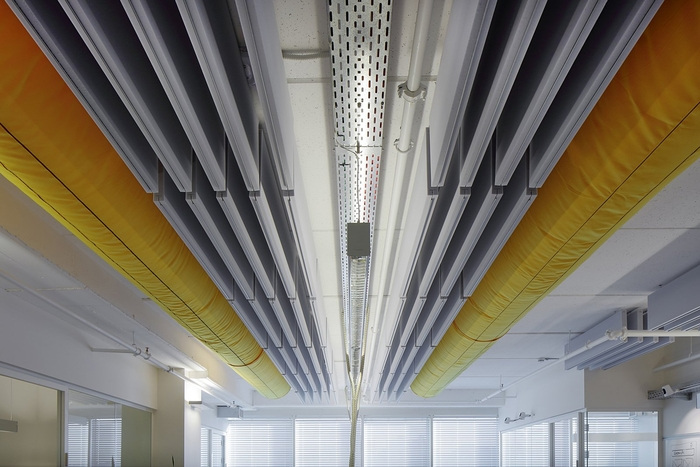 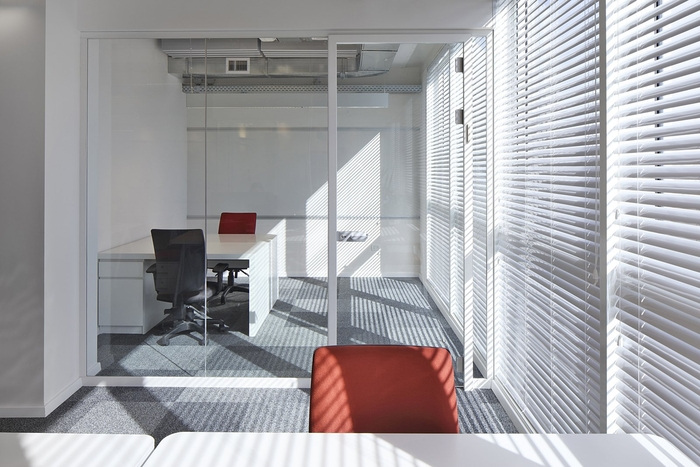 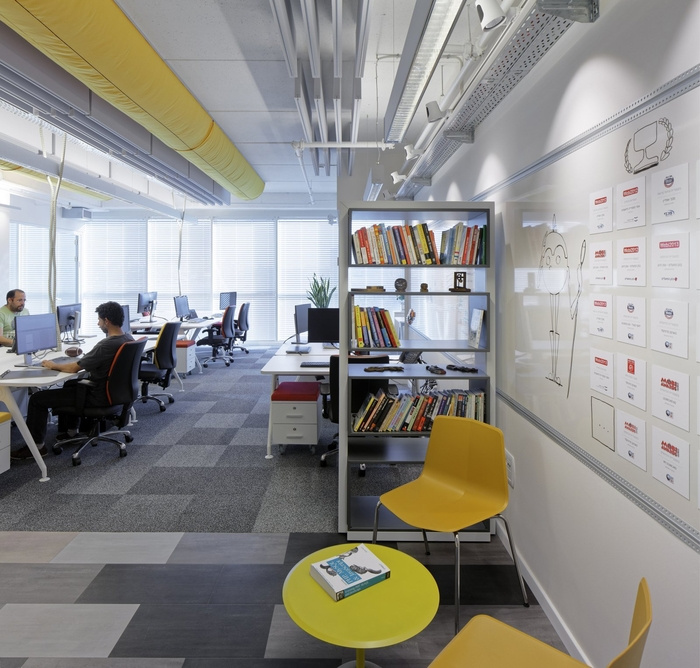