Looking for a fresh new concept that not only captured elements of the music industry but also the city of Minneapolis, Pandora Internet Radio turned to NELSON to provide interior design services for the renovation of their existing office in the IDS Tower. Consisting of 52,000 SF, the space increases collaboration through a series of strategically placed conference rooms along the office perimeter and a large open office area for roughly 30 employees that sit at the center of the space.

Branded around local musicians, the exterior conference rooms are named to represent stars like Bob Dylan and Soul Aslyum while a corner collaborative space dubbed Prince perfectly embodies the song, Purple Rain through deep purple elements, patterns, and fixtures. The central open office area is loosely separated into three areas through different design themes, a farm, fishing area, and buffalo patterned space, tying in a unique Minnesota feel. To further pay homage to the city, local artists were commissioned to provide bright musical graphics and murals throughout the space. 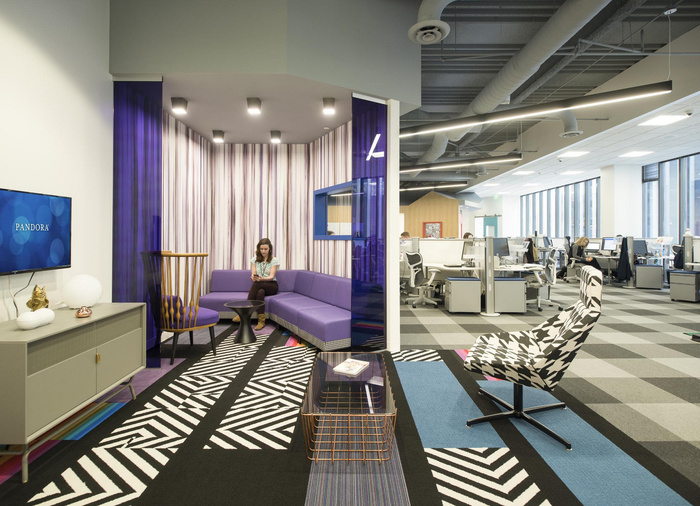 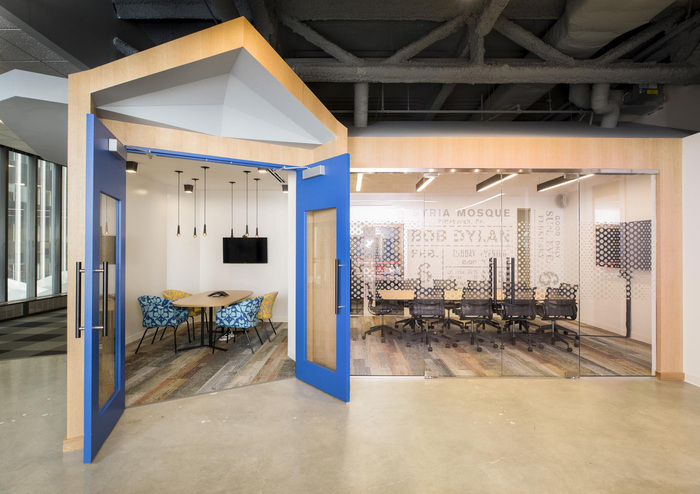 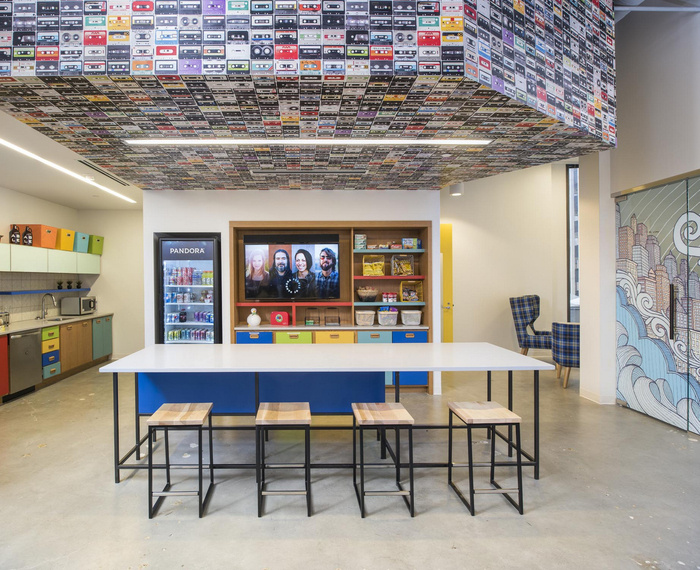 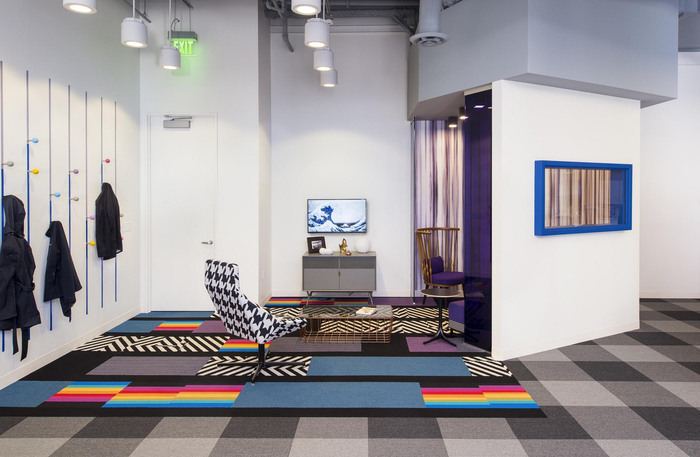 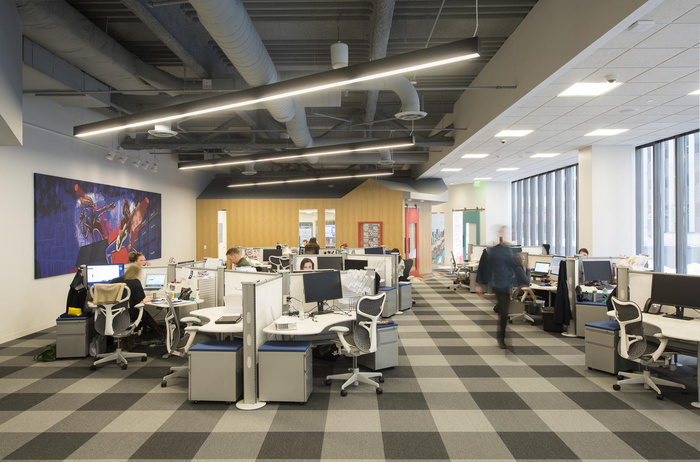 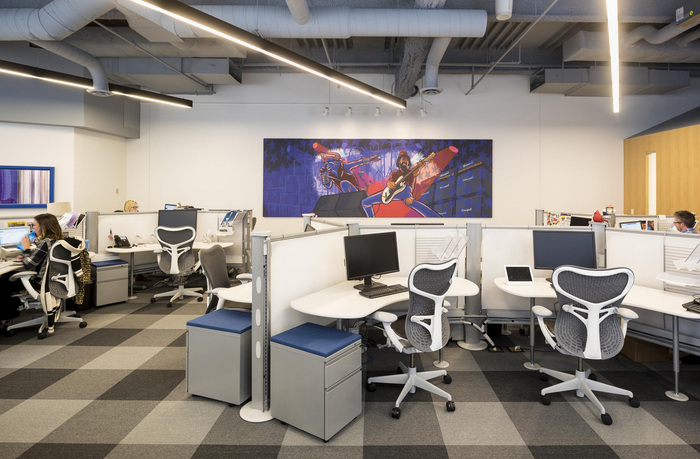 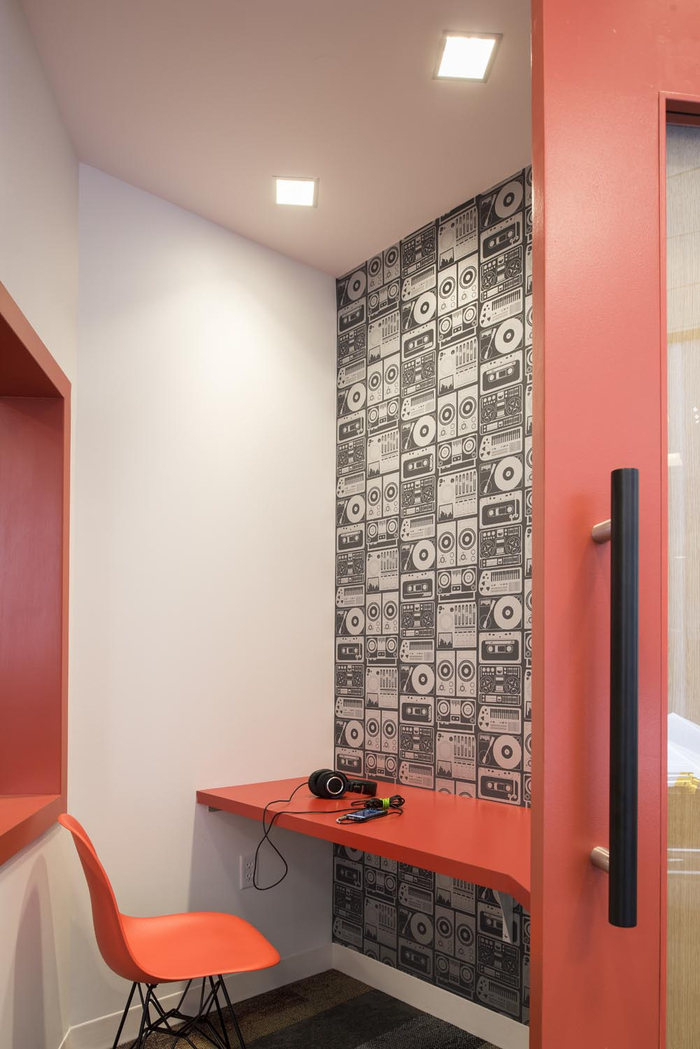 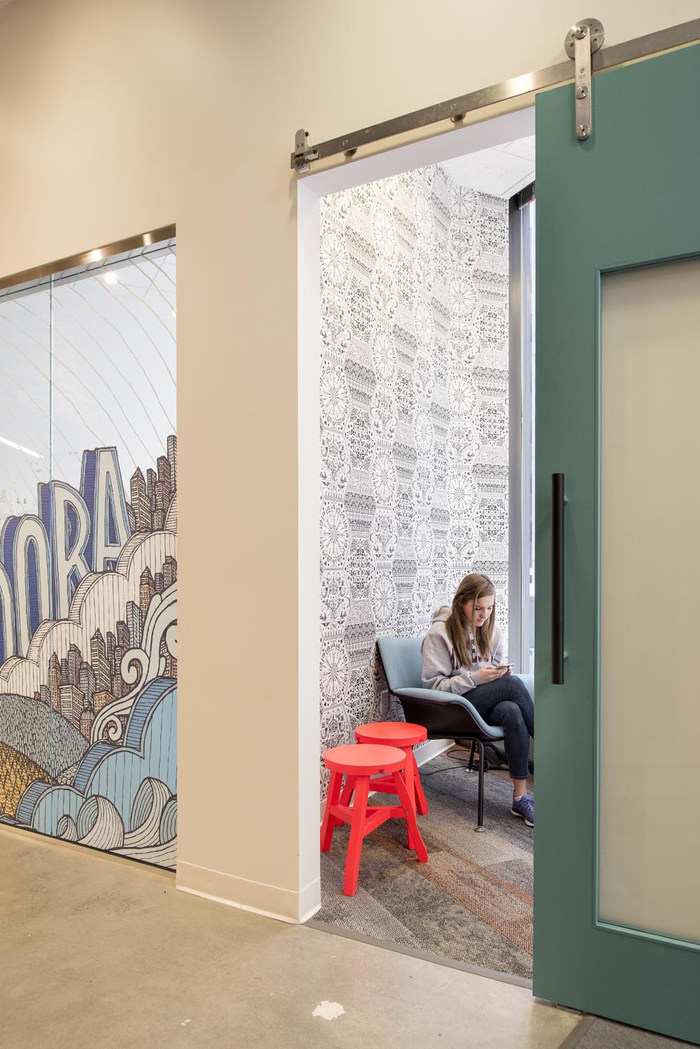 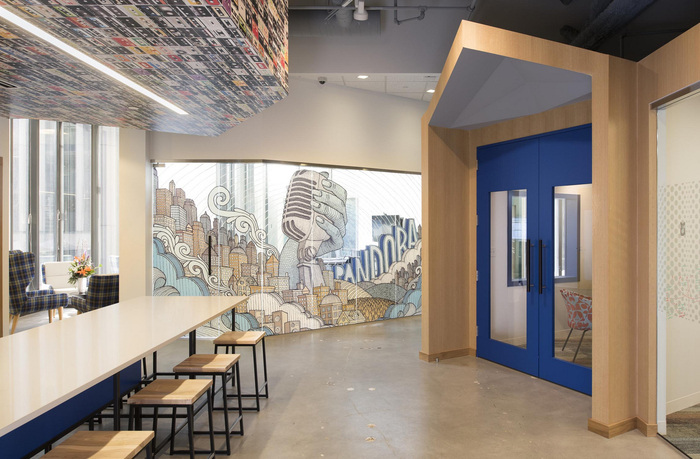 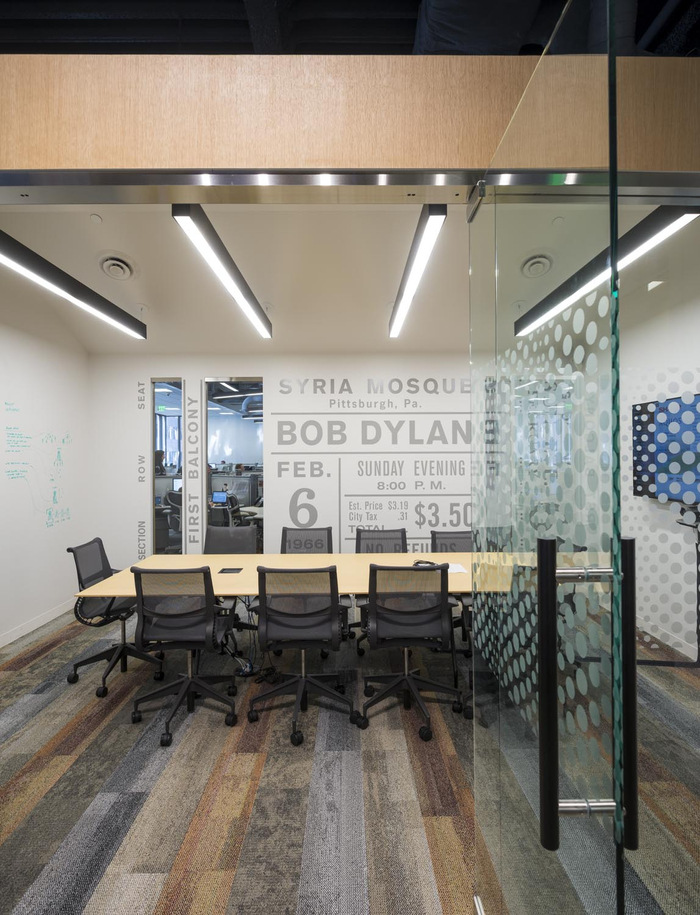 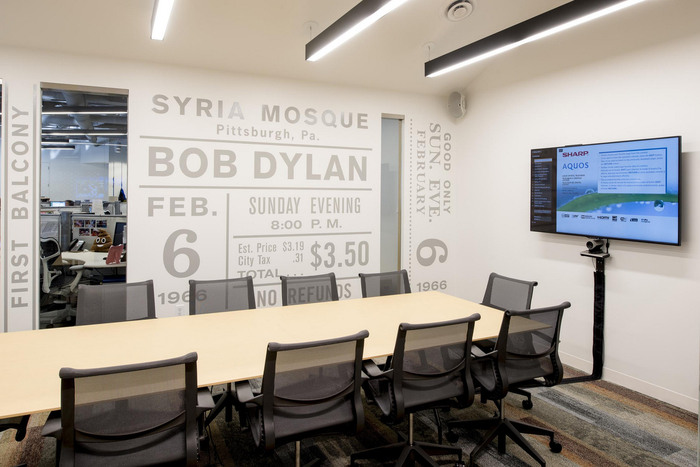 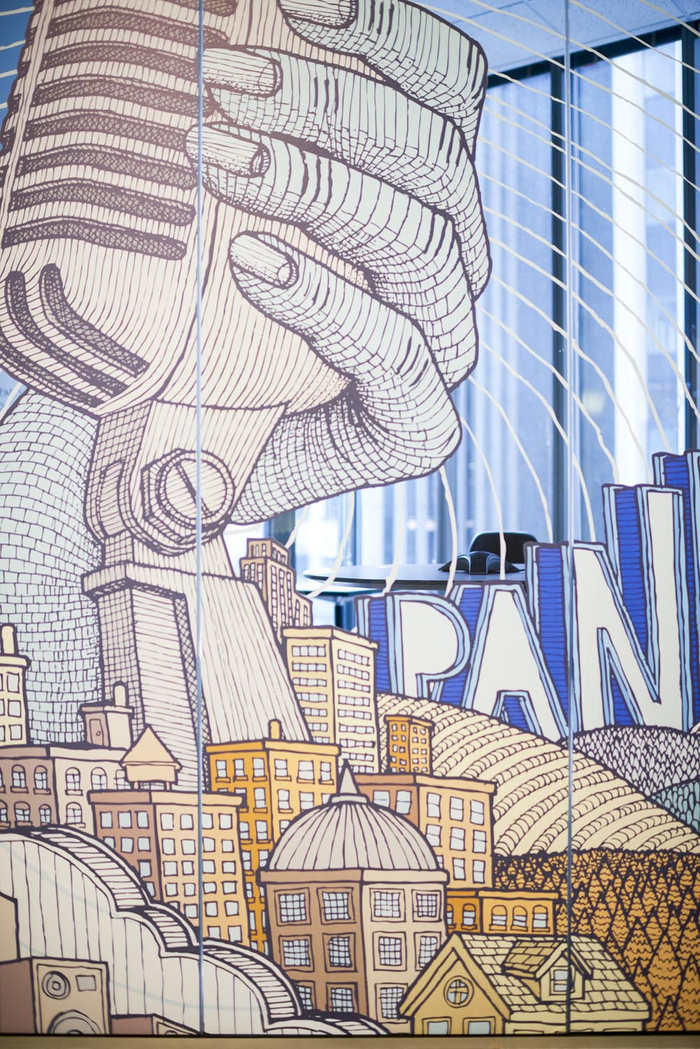