OshKosh B’Gosh was founded in 1895 in Oshkosh, Wisconsin, as a manufacturer of hickory-striped denim overalls for railroad workers and farmers. The decision to start creating pint-sized versions for the children of these customers transformed OshKosh into one of America’s most beloved clothing brands.

The office design further reinforces the robust OshKosh brand with walls of reclaimed wood (all from a single barn in Pennsylvania) and pieces of Americana from the early 20th century. Evidence of the brand’s storied history is displayed throughout in framed photos, advertisements, and early examples of OshKosh clothing. 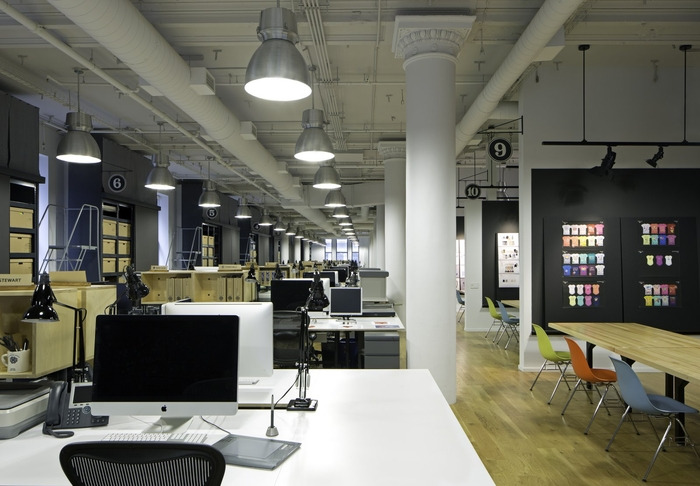 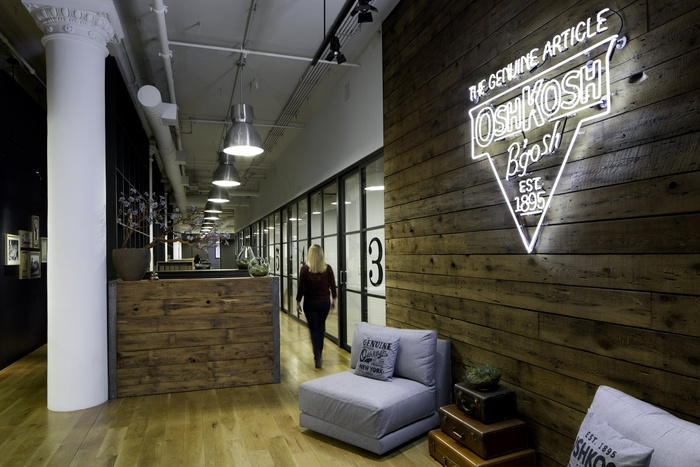 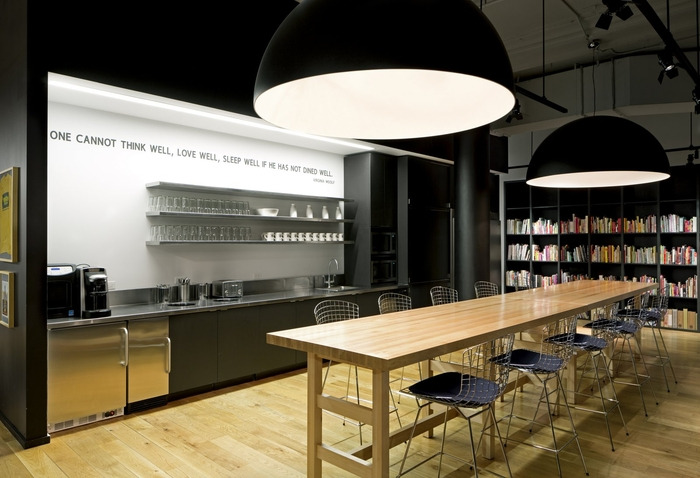 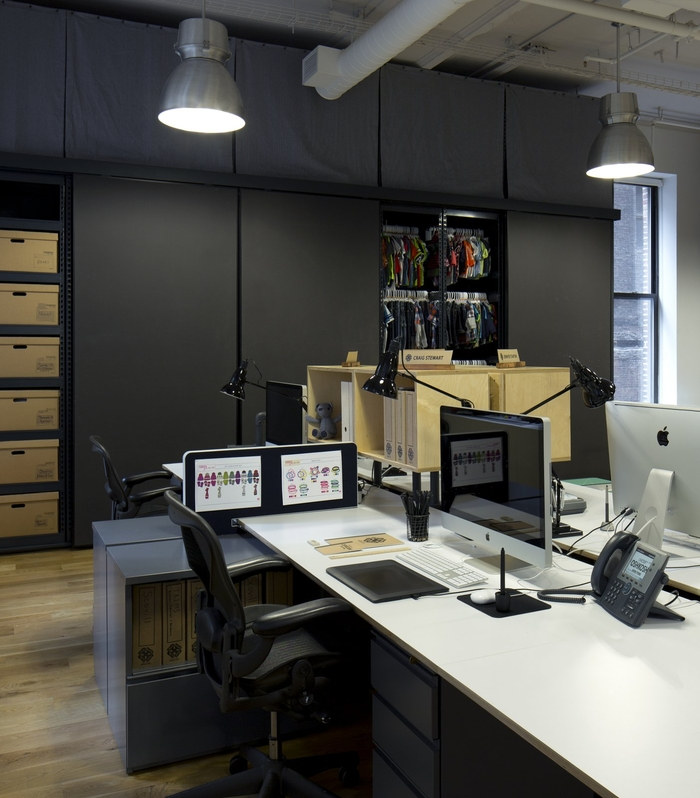 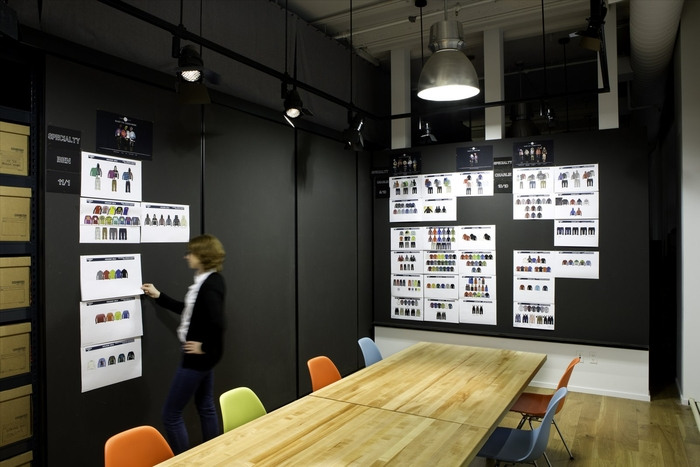 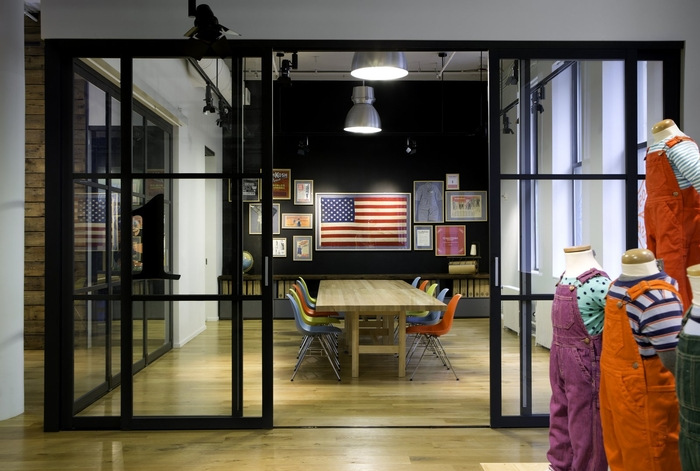 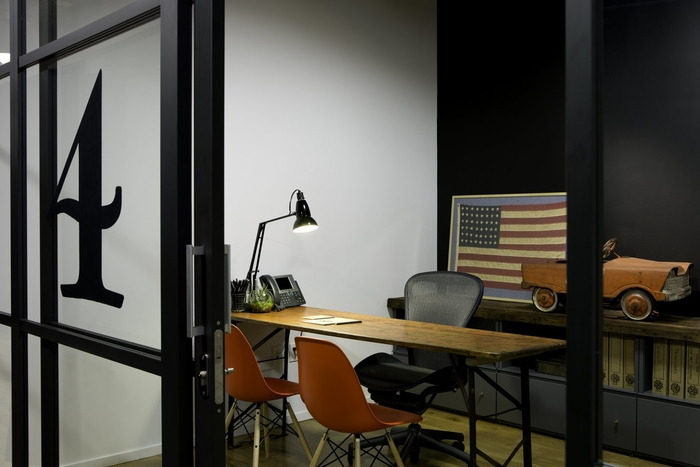 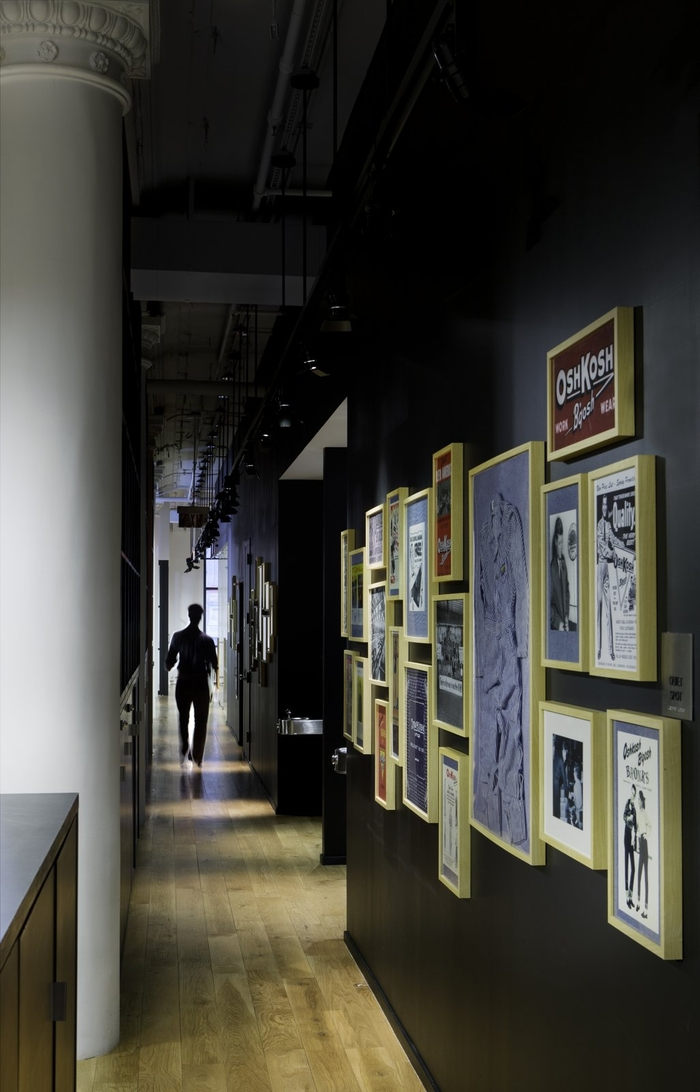 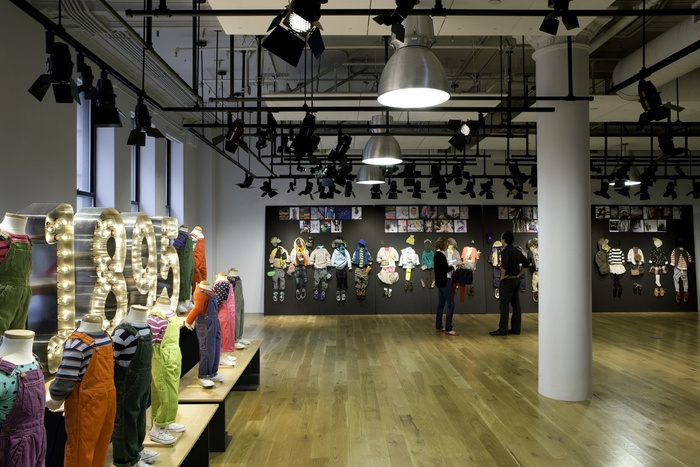 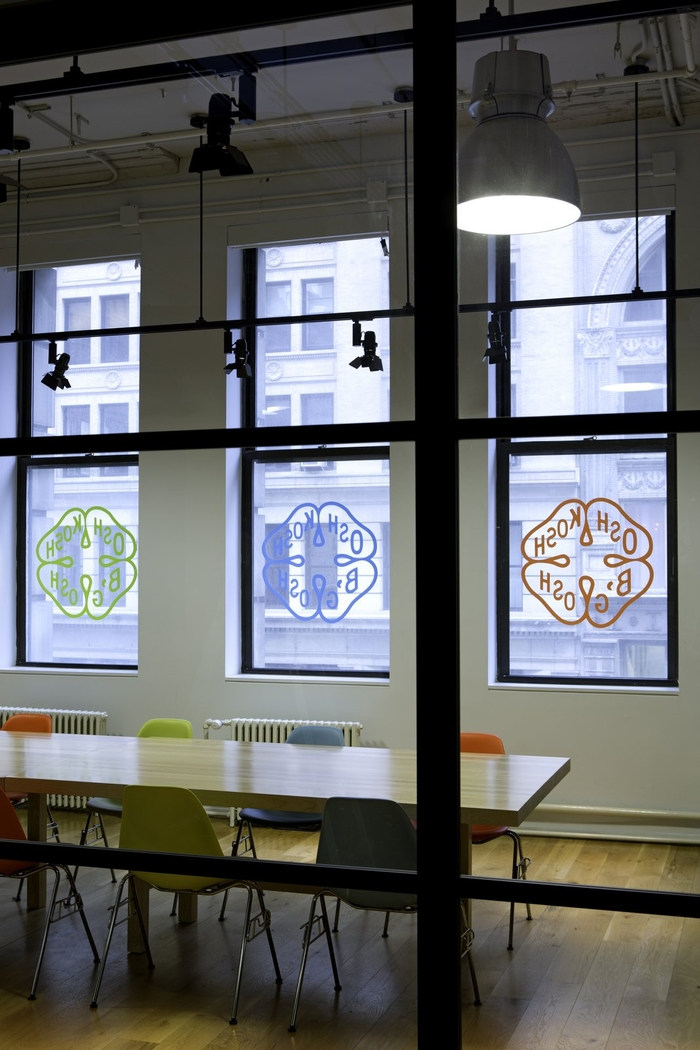 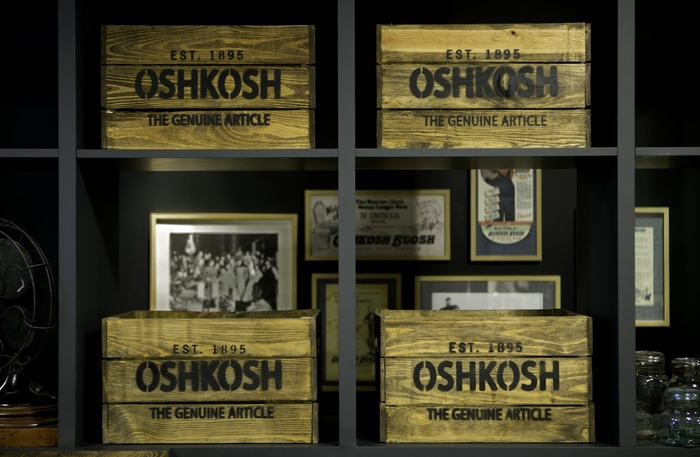