The impressive lobby serves as a shared business card for all the different tenants. It stands out in a striking way from the lobby architecture that dominates much of Frankfurt. The height of the compact, two-storey room is exaggerated by means of a wall design composed of vertical lamellae. The lamellae are staggered at irregular intervals, giving the walls a dynamic progression. Moreover, concealed interstitial absorption fields ensure unexpectedly warm acoustics.

The ceiling is formed by a suspended, polygonal, folded element of glossy, polished stainless steel, which further elevates the room. Spots set in the gap between the ceiling and the lamellae illuminate the wall elements from above. The light source remains invisible, so the walls appear to magically glow. Light points are formed at the top edges of the lamellae, an effect that appears even larger and brighter in reflection on the ceiling. Moreover, the folded ceiling creates new and surprising effects depending on the perspective of the beholder.

Three sculptural objects in the entrance area pick up on the shape of the ceiling element: a letterbox located in front of the building, an upholstered seating element and a reception desk of black and white solid surface.

The lobby provides an unrestricted view of the lifts. The access and supply core located around the lift shaft is identical on all floors. Viewed from the outside, this area is completely panelled with walnut veneer lamellae, thus offering a warmer variation on the sophisticated theme from the lobby. The overlap of the individual lamellae renders the doors to adjacent areas invisible, thus creating the impression of a homogenous, wooden corpus. A circumferential light strip further emphasises its monolithic form. Access to the lifts is incised into this corpus, and the area within is panelled in floor-to-ceiling tiles. Here wooden pilaster strips run down the walls like veins, making the walls appear as cross-sections cut through the room.

Acoustically functioning, fully accessible metal lamella ceilings of anodised aluminium are installed in the corridors and in the atrium to the lifts. 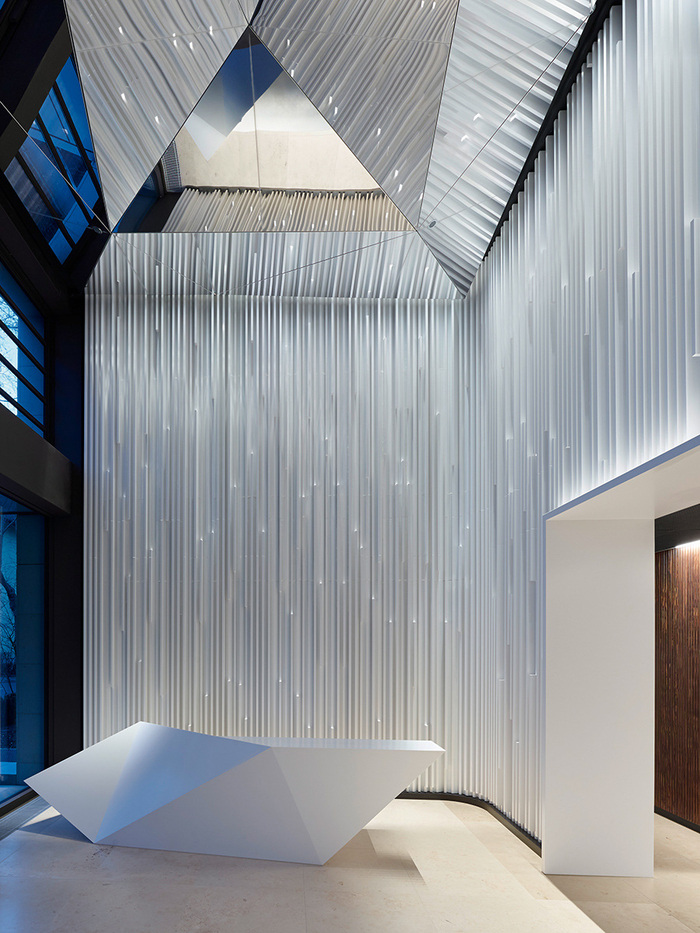 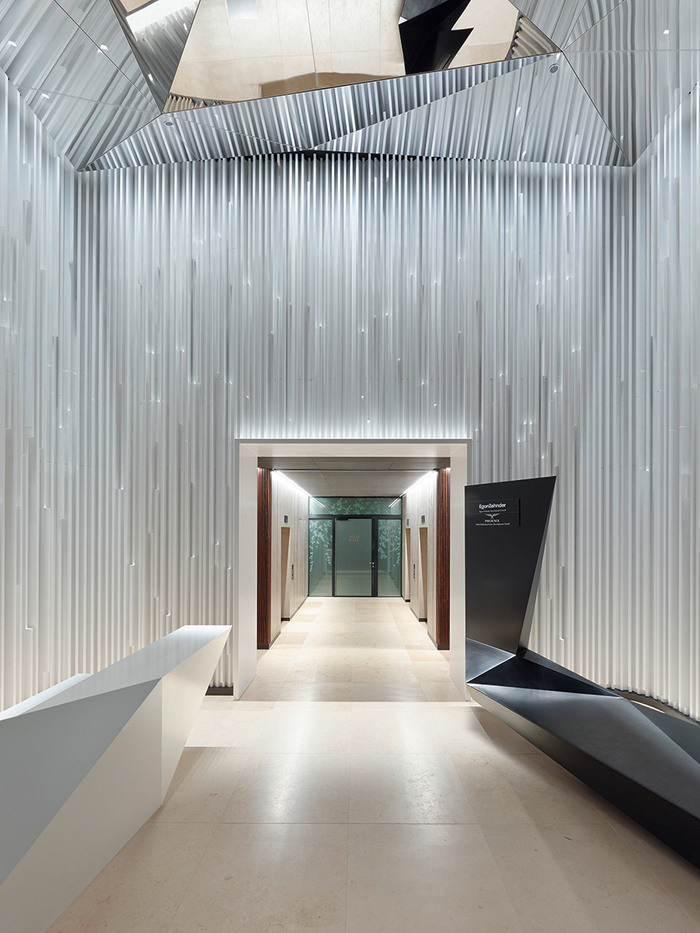 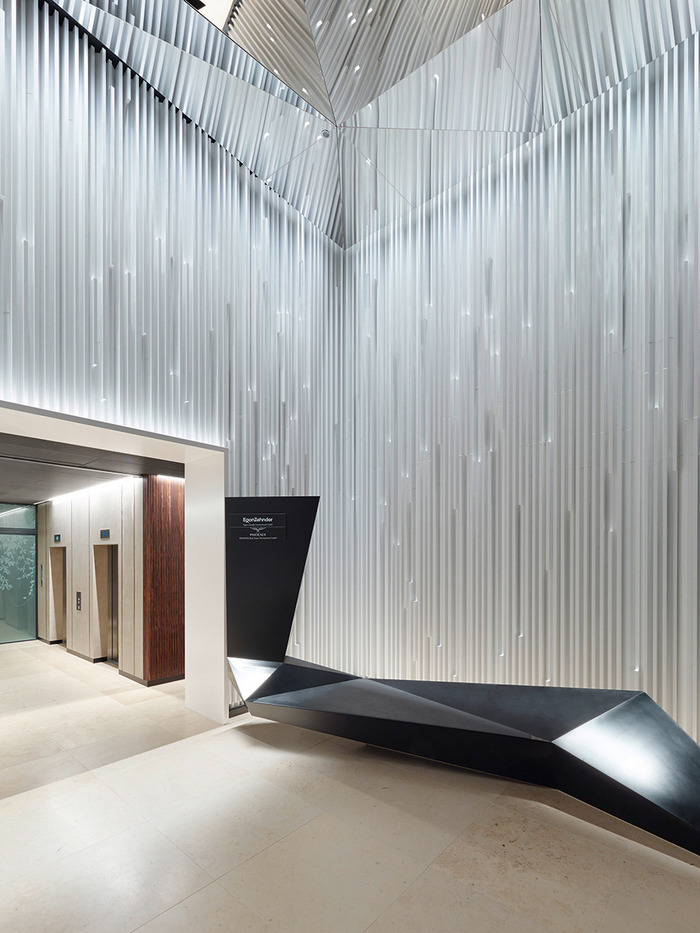 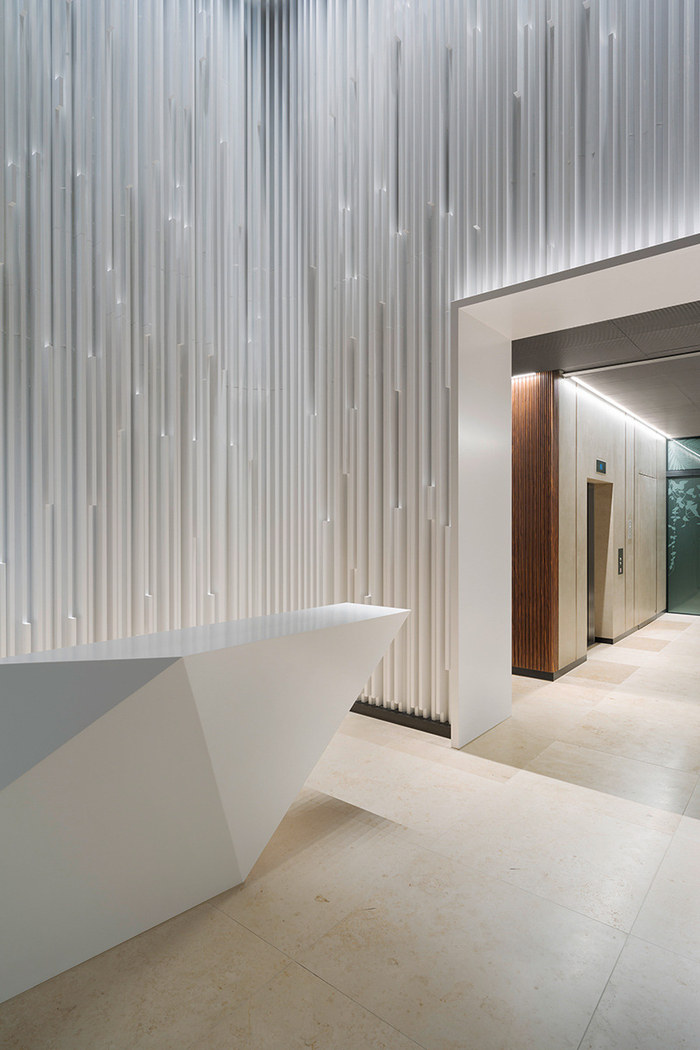 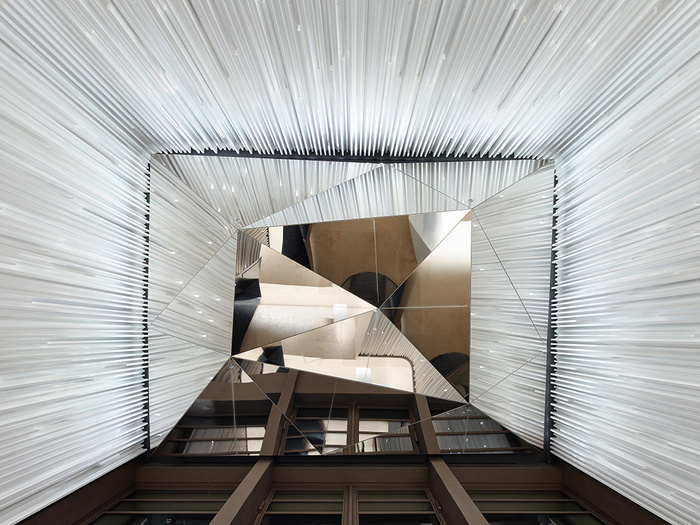 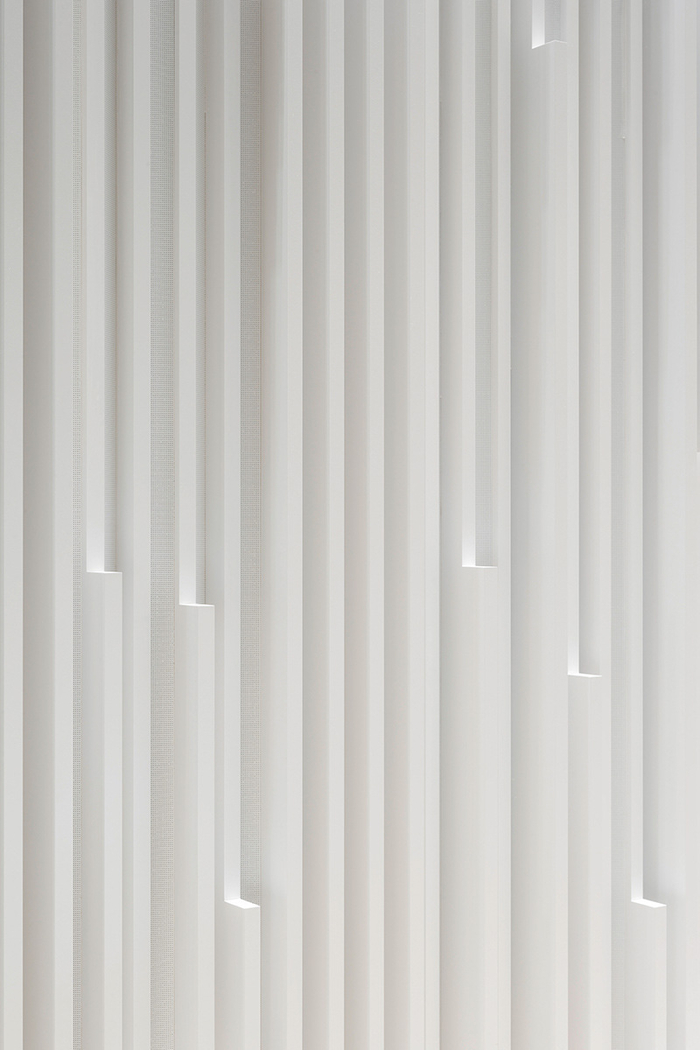 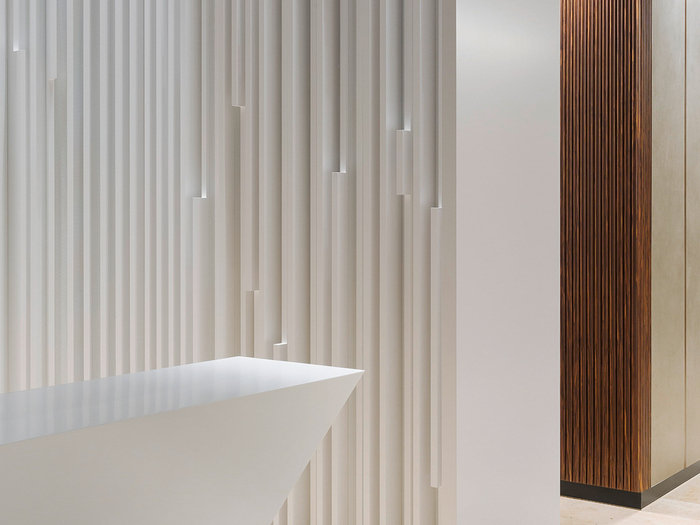