RSA Films was looking for a fresh, bright office for their in house sales teams that could also host their many production teams. The office needed to be able to handle large swells of workers coming and going without feeling too empty when it was just the base team, so JIDK designed a single long table with seating for around 20 people. 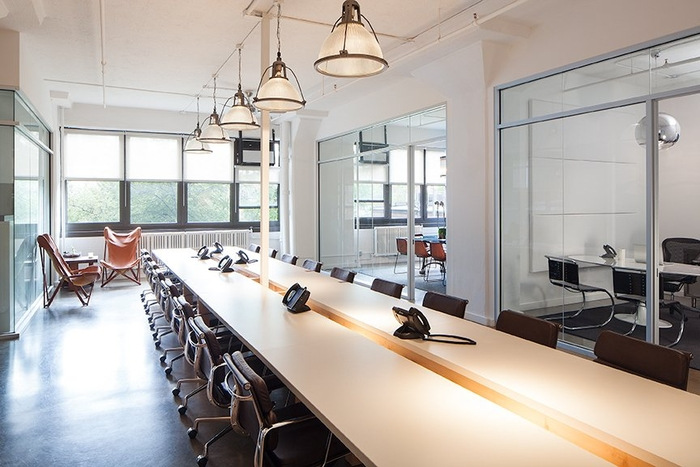 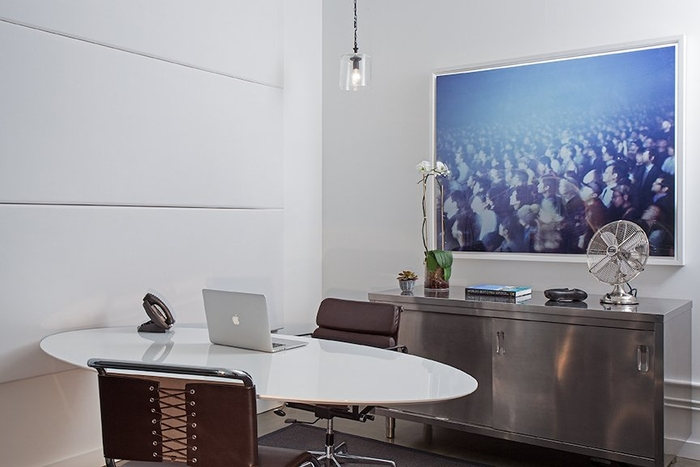 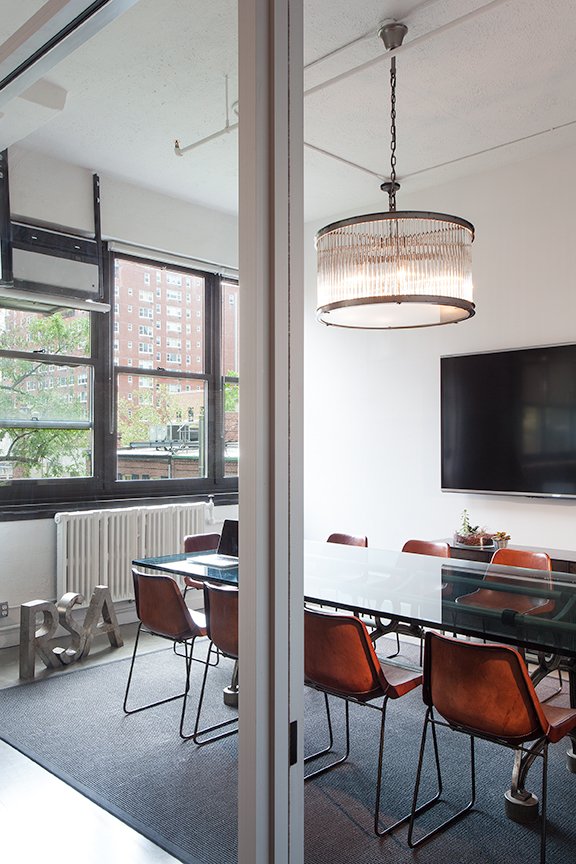 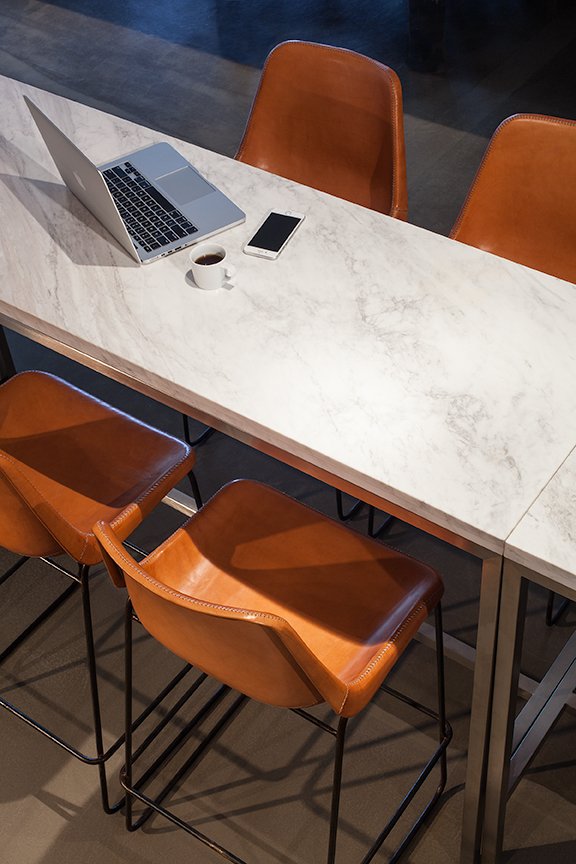 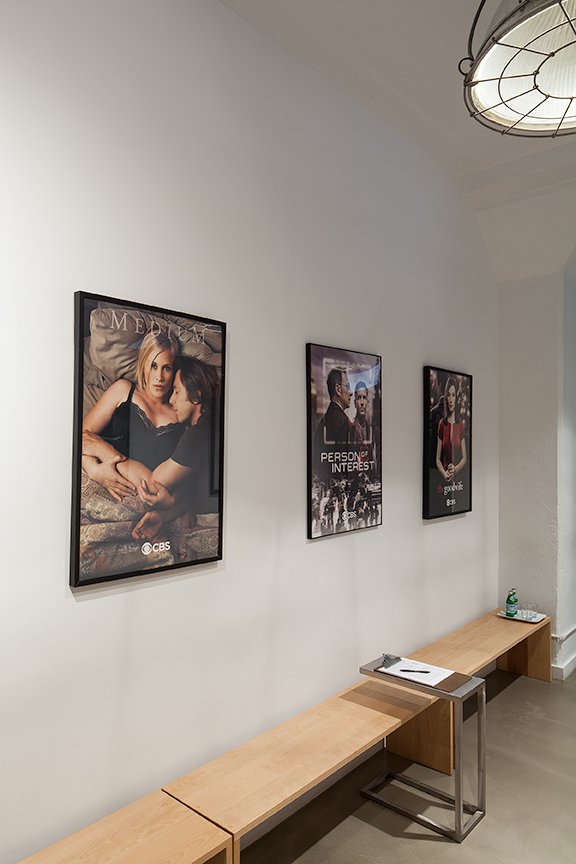