The historic factory buildings of Cologne’s Carlswerk, founded in 1874, have been undergoing conversion to high-quality office lofts since 2007 for, among others, REWE Digital. In order to provide employees with the best possible working conditions, the former copper works is being converted to open-plan offices. By the middle of 2017 these will provide workplaces for almost 500 IT workers.

In eight consecutive building phases, workplaces, conference rooms and staff rooms are being created, retaining the hall character of the original building and its 5 metre high storeys. Two-storey cubes divide the hall into different zones: one is used as a common area providing a separate space for work groups or meetings. The individual workplaces are designed in the form of “work benches” along the window fronts, with white board areas on the sides of the cubes which teams can use.

Above all it is the modulation of visual links which is given intensive treatment. The exacting requirements as to clarity are combined with an appropriate healthy screening of each individual employee in the team. The acoustics boards play a decisive role here: their height enables a good overall view of the workplaces from a standing position but when seated, they screen the employees and promote concentration on their own teams. 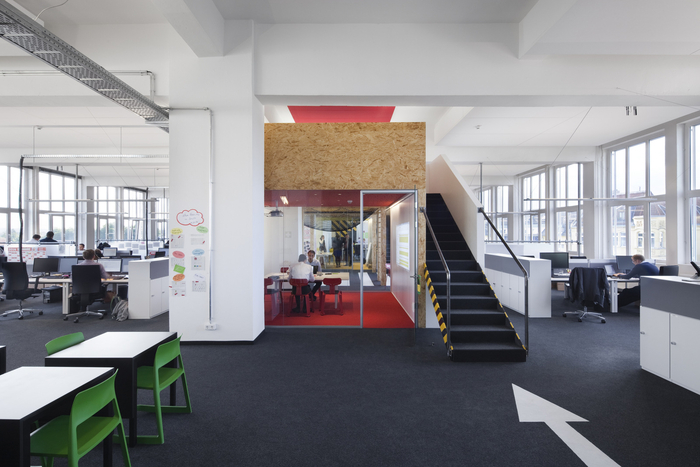 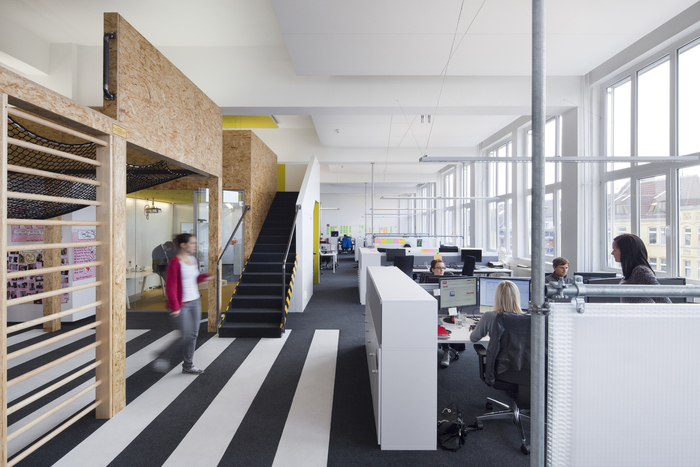 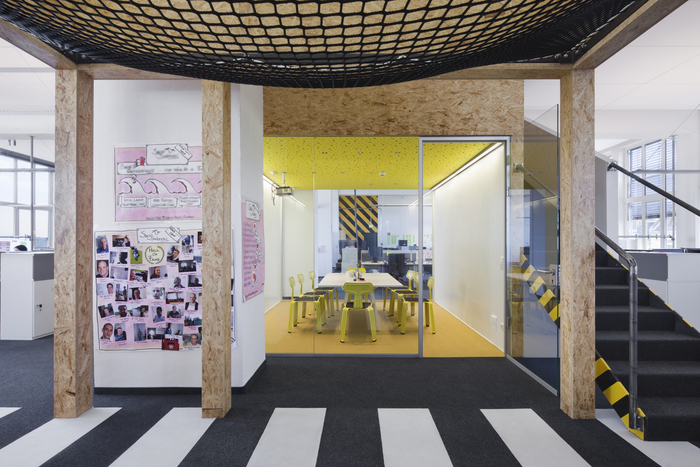 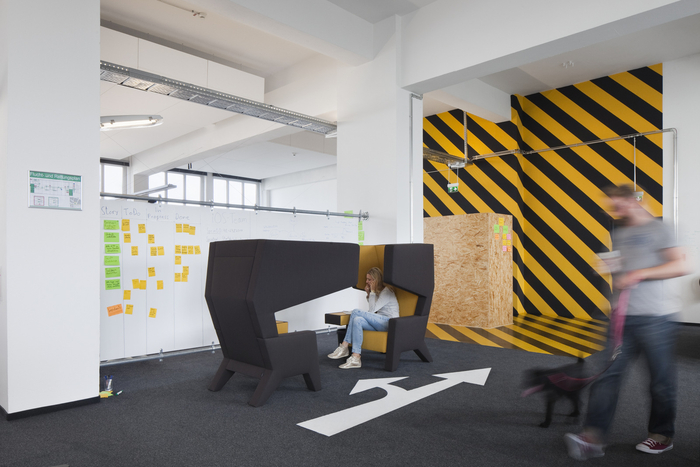 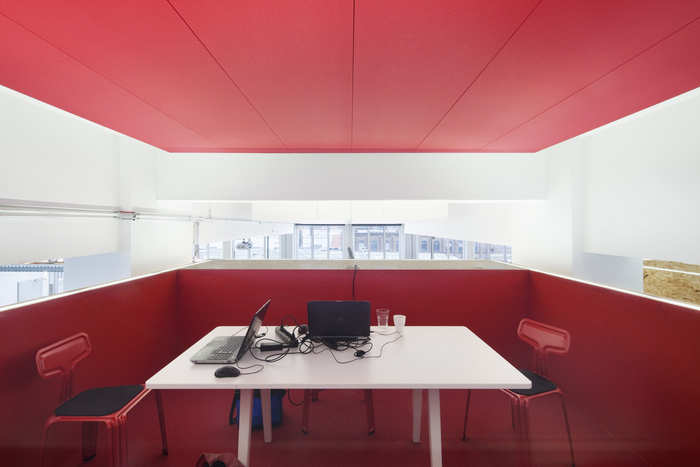 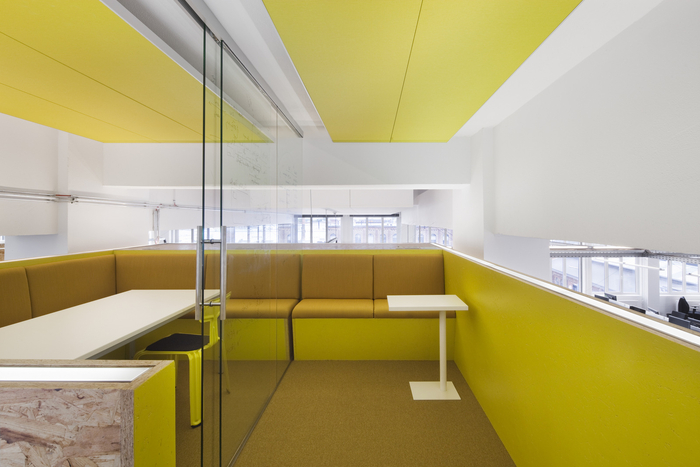 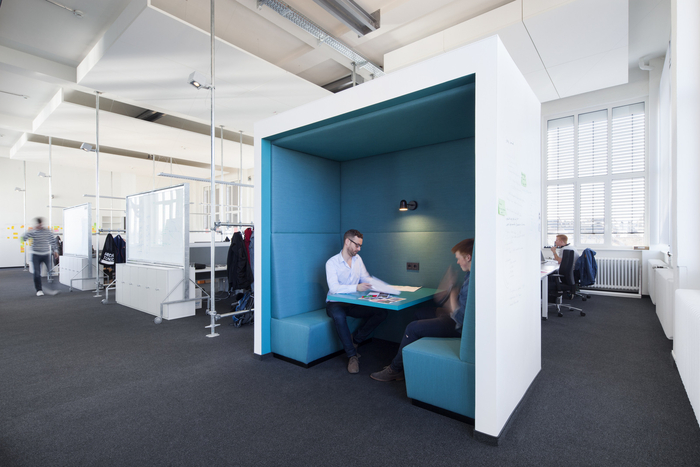 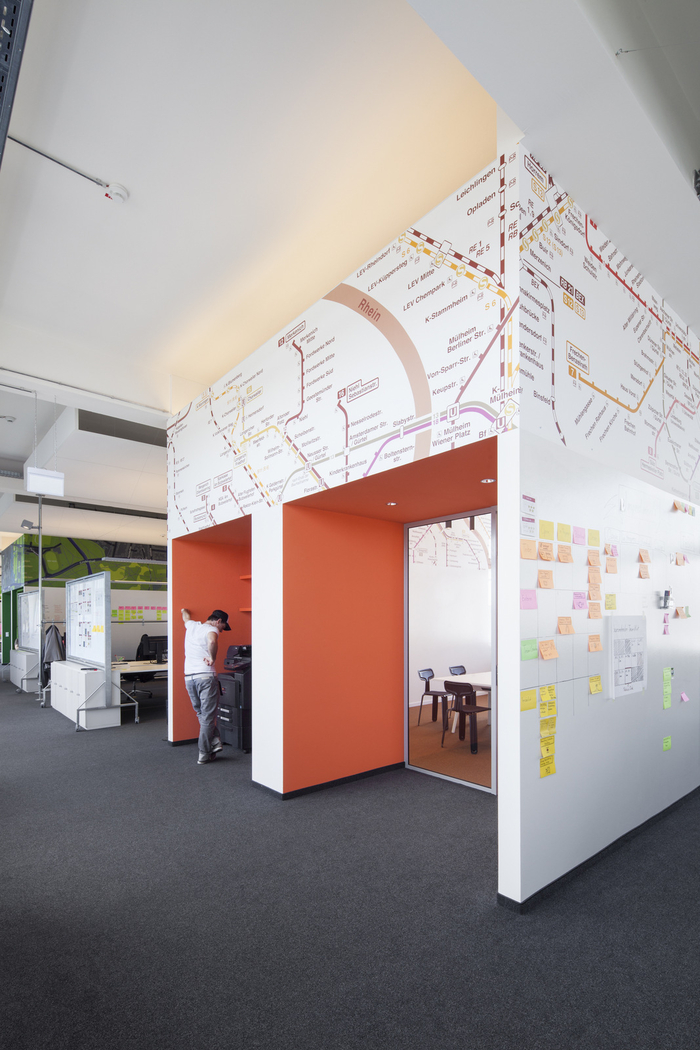 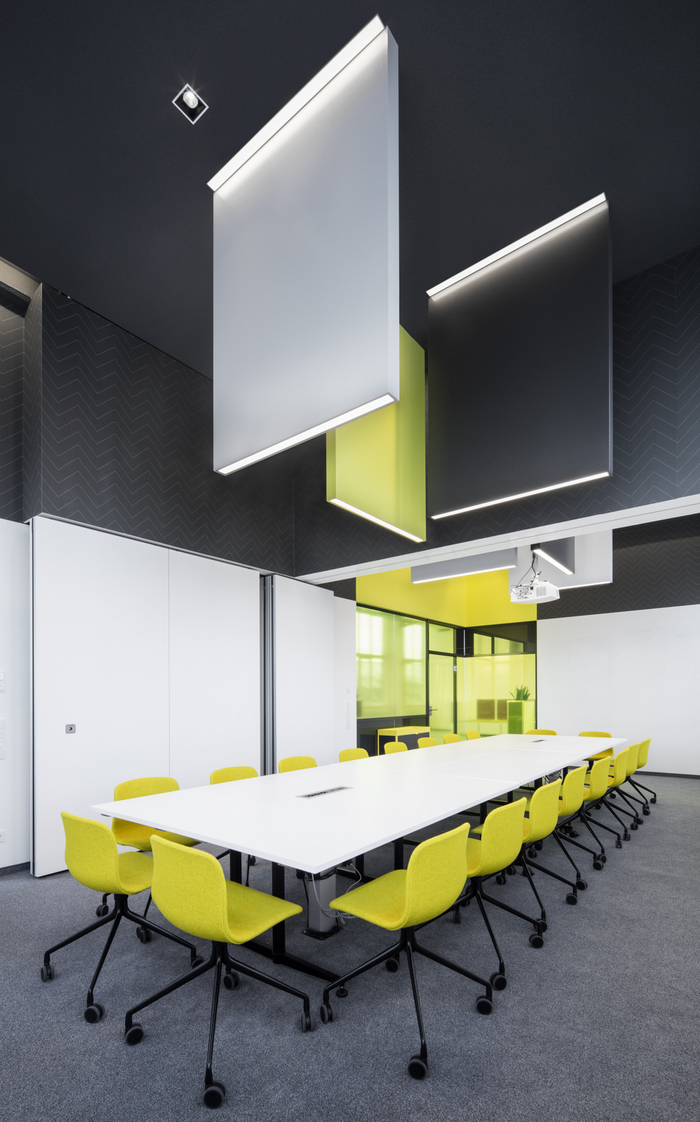 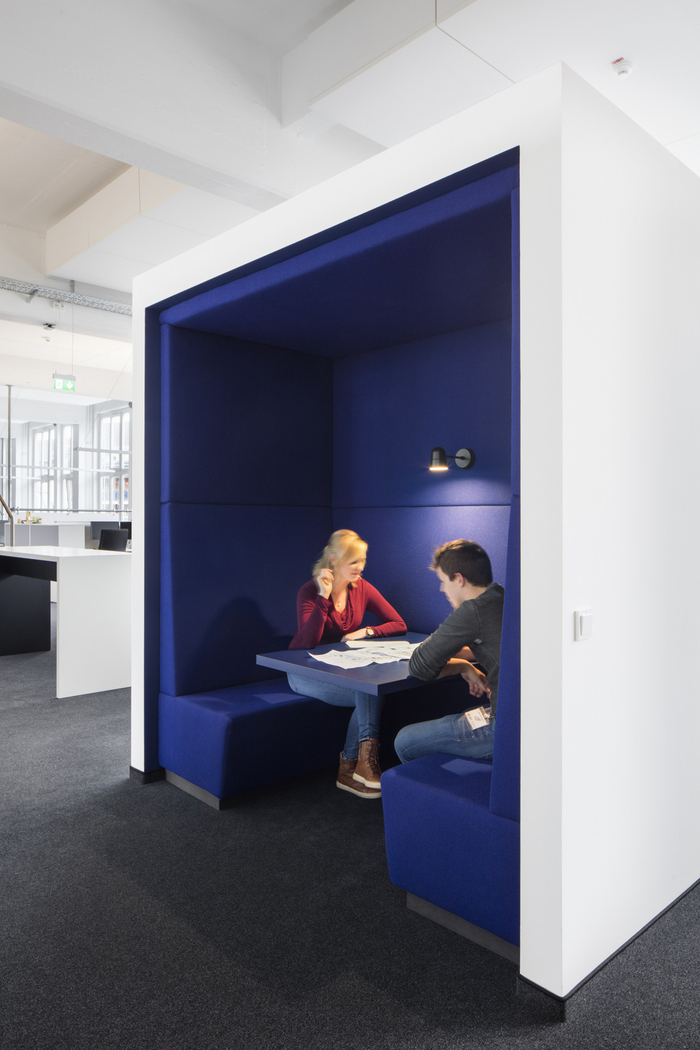