The client Pinta Acoustic (formerly Illbruck Acoustic) belongs to the leading manufacturers of products for acoustics and technical sound insulation. The brand philosophy of the company is strongly stamped by the sailing engagement of the head of the company Michael Illbruck. His yacht won in 2002 with Volvo Ocean Race the hardest Around-the-world-Regatta of the world. Not free of charge there is Illbrucks credo “Desire to win”.

This winner’s mentality rests on the brand values Dynamism, Future orientation, Performance strength, however, also – analogously to the sailing – on team spirit and communication. The aim of Aigner Architecture was to produce the new company building near Munich as a heart of this philosophy – and to provide the corresponding values to customers, to employees and guests intuitively. Besides, the architect’s team put beside the elements space, light and paint straight on multimedia solutions and the unusual staging of the company products.

Idea and Concept – The challenge consisted above all in realising a unique architecture within the scope of a rented, quite usual trade real estate. Besides, particularly the facade might not be changed substantially. The concept rests in the essentials on four columns: The matte black facade paint and green lighting effects define the 0815-construction around in a futuristic ensemble from cubes crossed into each other.

Entrances and crossings function after the sluice principle. The staging of the rooms, extreme perspectives, light tapes and multimedia installations move here so-called-like in the spell of the brand. Space properties, manufactured from the products of the company, lend the aura of the uneveryday to the products and make the whole building the presentation area. Massive qualities of the brand become like victory wills and performance strength (among other things by Feng Shui) consciously counterbalances by fluent aspects like team spirit . Form and function provide the black cubes and (at night) the green lighting effects. If one approaches the building, this impression is cushioned softly – possibly by the plantation with bamboo shrubs or a water veil before the entrance ramp (in planning).

In the entrance hall create a nearly 10 m long counter and along light canals running to the space an unreal space depth. Video installations and light installations strengthen this emotional sluice effect. In the stairwell room-high light sculptures pull the looks at themselves. The chief attraction: The elements exist of acoustics components from pinta. Acoustic panels also come in the offices or in the canteen for the playful-decorative application. The building discloses to the employees also about the sluice principle – e.g. by light installations and sound installations on the way from the production to the canteen. Instead of black, dominate in the management tract white and grey tones, broken up by spot of colour from the CI paints.

Vision and Conversion – The building lies in the midst of an industrial area. Infrastructure and binding are given accordingly. Here it depended rather on putting attention-strong contrast points specific for brand by paints, to forms, light and plantation. The creation of areas, rooms and crossings is completely directed after the internal expiries and the principle of the short ways. With paints and materials it was consciously respected to their ecological harmlessness. Particularly by the use of available products of the company could be fallen back cost-carefully and environmentally friendly on already existing materials or prefabricated parts. 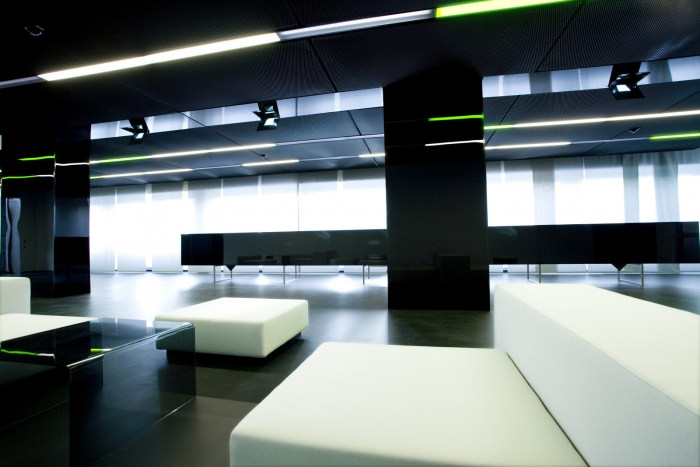 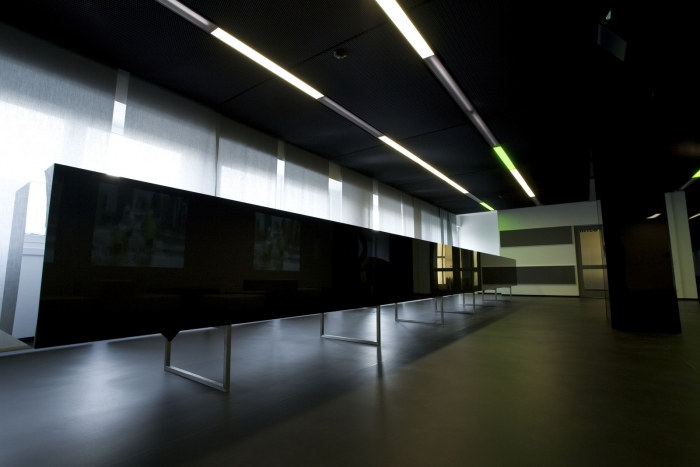 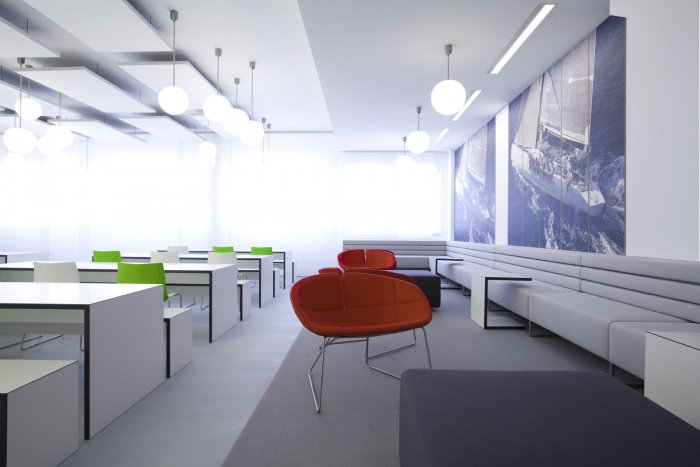 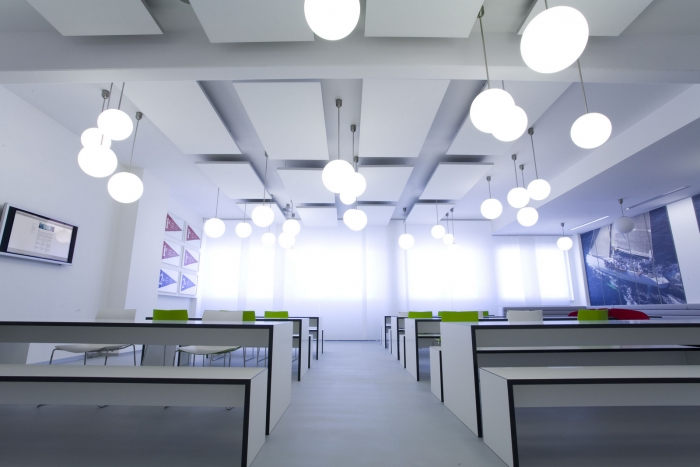 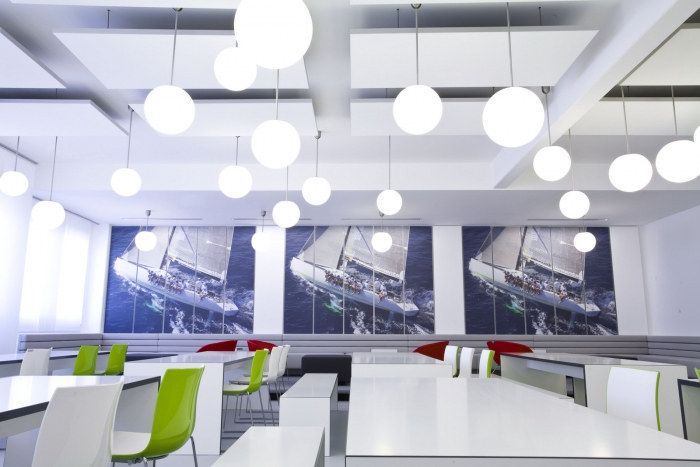 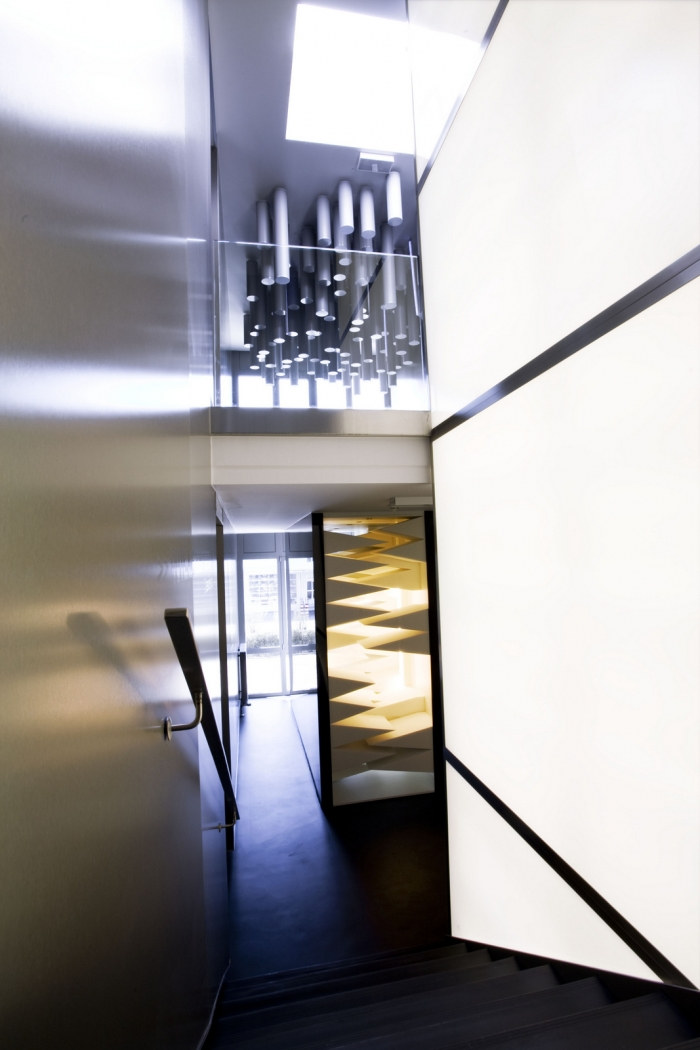 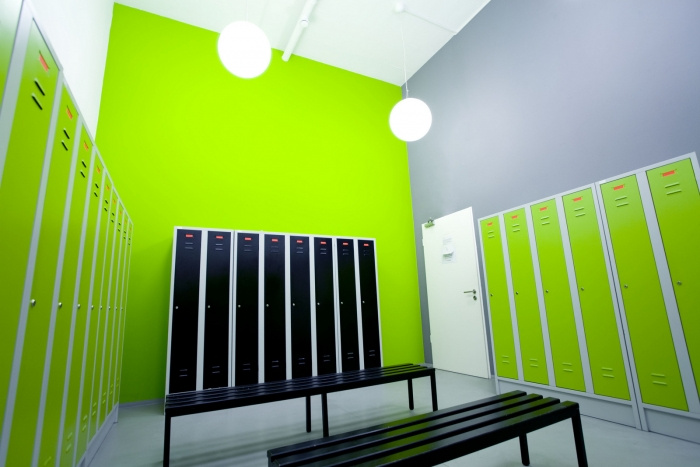 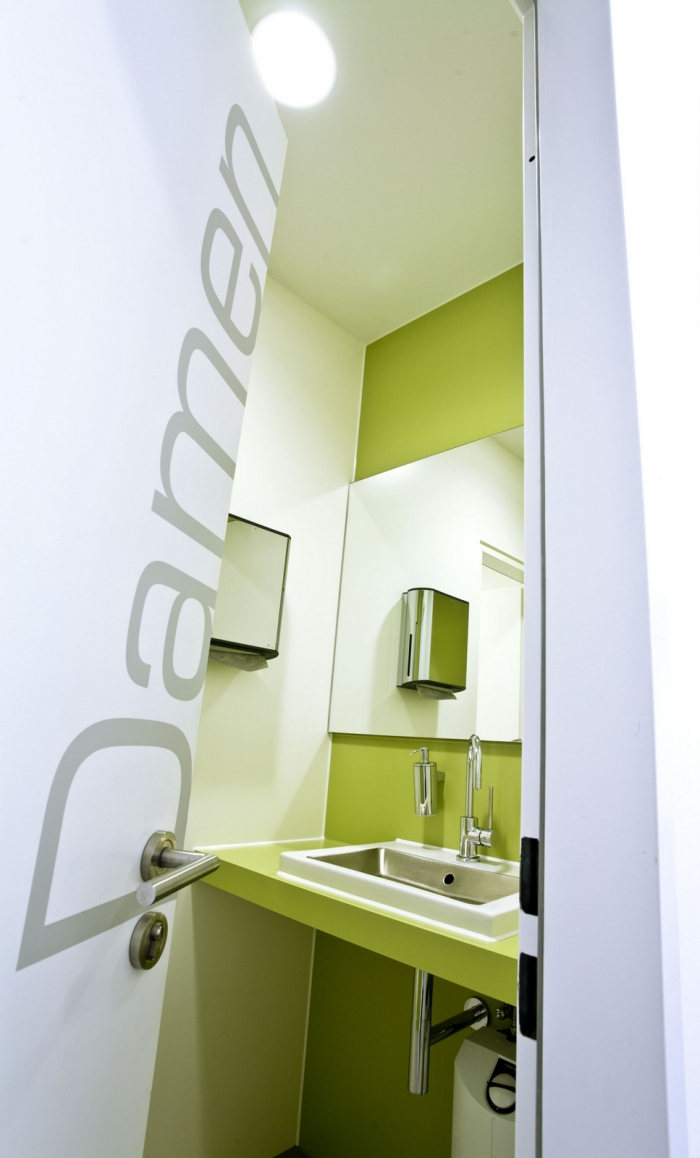 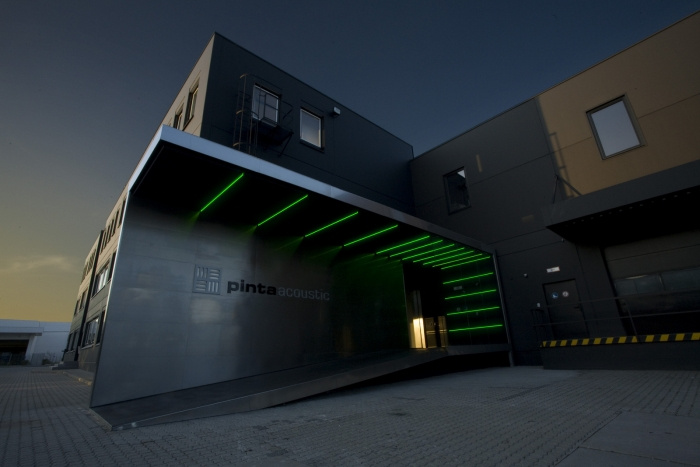