Multidisciplinary architecture firm Mecanoo is located in a historical building with a storied past located in Delft, Netherlands.

The history of the building dates back to 1536 when the wooden buildings burned down. Only its stone cellars, which now hold a wine shop, were saved. Two stone houses separated by a narrow alley were built where the Mecanoo building now stands. In 1750 the two houses were joined together, creating a patrician home.

Both the interior and the exterior were completely re-designed by the Italian architect Bollina. The building was given a beautiful face on the canal by changing the original topmost level and creating a large framed story with five windows. Only the variations in width, height and the level of the ground floor are still visible. The building also got a forty-meter long marble corridor (the former alley) that divides the building from the front to the back door, and a central staircase. Staircase, ceilings and doors are decorated with stucco and carved in the style of Louis XIV.

Until 1886, the Oude Delft 203 was inhabited by leading Delft citizens. The building along with Oude Delft 205 were then sold. It became a guesthouse for the married and unmarried elderly. Later, because of a cholera epidemic, the building took on patients who are cared for by nuns of the Congregation Augustinessen in Belgium.

The hospital occupied an increasingly important role, and in 1890 professor Treub performed his first major operation. The rapidly expanding complex was named ‘St. Hippolytus’ Hospital’.
Oude Delft 207 was purchased and between 1924 and 1965 in the large garden behind Oude Delft 203 and 205, more facilities were added. At the end of sixties, St. Hippolytus Hospital moved.

In 1970, Oude Delft 203, 205 and 207 were sold to the architects ‘OD 205’. There followed many conversions, and the remaining traces of the hospital disappeared. Only the chapel on the first floor was preserved and is a permanent reminder of the patients and their sisters.

In 1983, a part of the Oude Delft 203 was rented to different business start-ups. Mecanoo settled in a back room, what is now the ‘project room’. From 1995 on, Mecanoo has taken up the entire building. After a fire in 2007, the building was renovated and modernized with great respect for the existing structure and historically listed interior. The chapel of the past still has its characteristic shape and now serves as a meeting and ‘show room’ for the most remarkable Mecanoo project models. 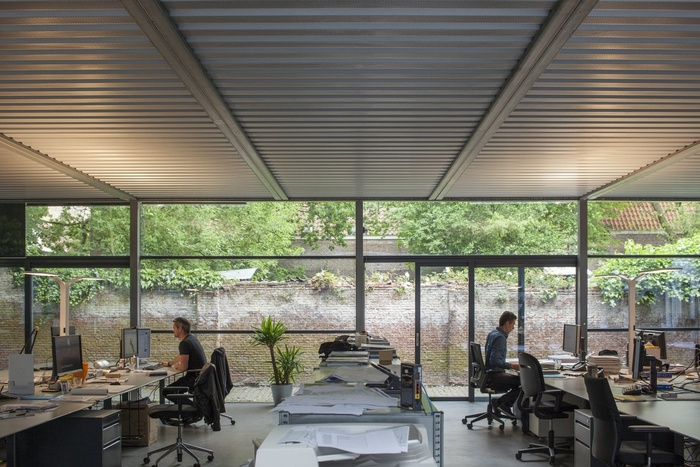 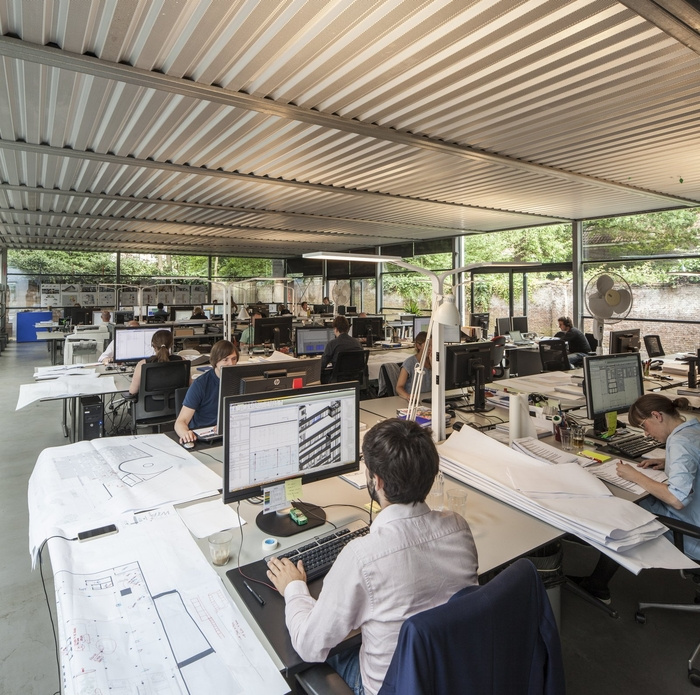 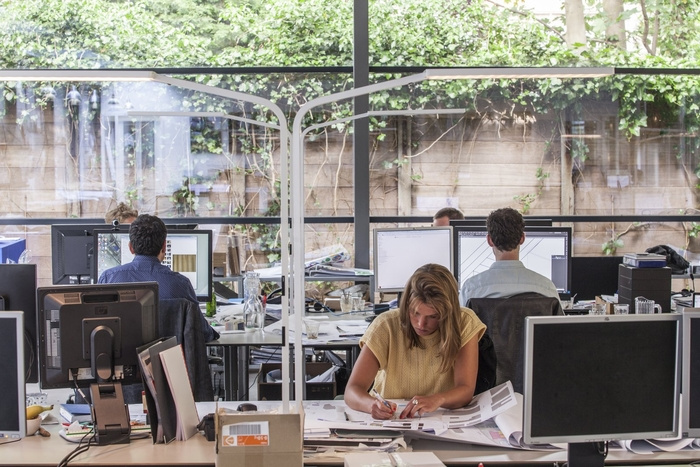 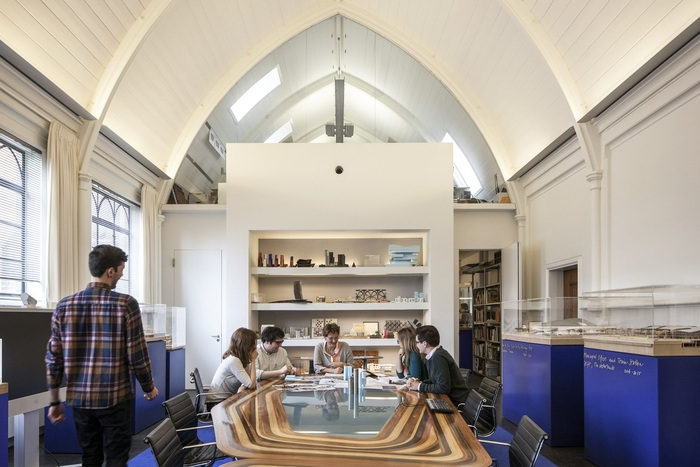 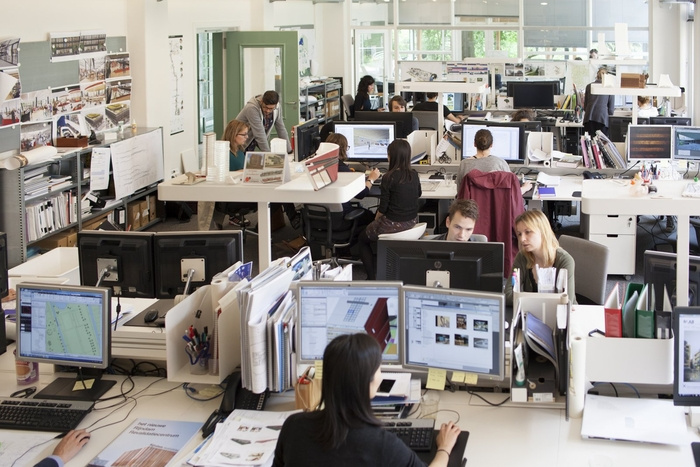 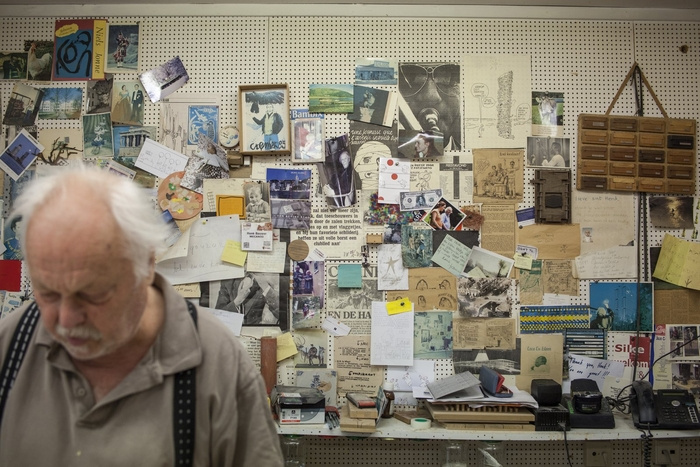 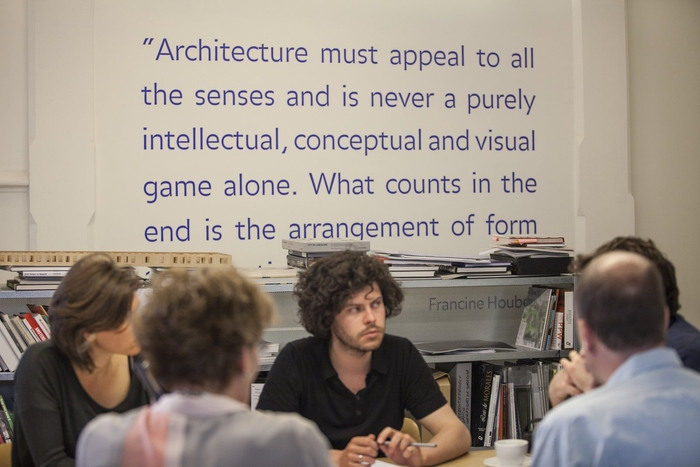 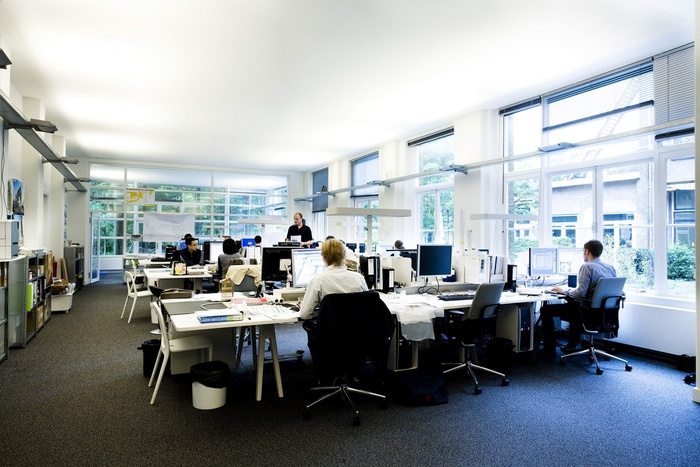 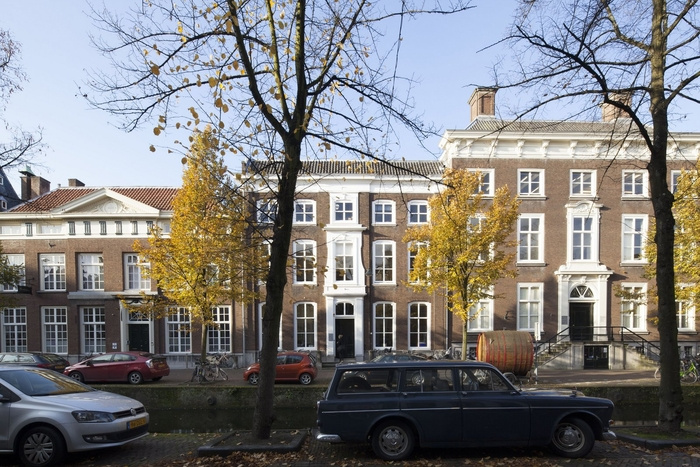