Lion’s partnership with Creative Spaces aimed to bring Lion’s people together in a stimulating and creative environment that encouraged collaborative working styles. Spread over two locations, Lion decided to consolidate into 5100sqm in the heart of Auckland. The new site lies immediately adjacent to State Highway 1, New Zealand’s iconic road stretching from Cape Reinga in the North, to Bluff in the South. With this in mind, theming over the two floors was developed into the North and South Island, bringing together quintessential Kiwi places and past times that epitomise the company’s products.

The central café and stair that connect the two floors is the core of the fitout and is described as ‘Home’- where the journey begins. The workspaces and meeting rooms, branching out from the core have seven different themes: Beaches and Baches, Harbours & Travel, Outdoor Activities, City Laneways & Bars, Vineyards, Sportsfields, Deep South Adventures. 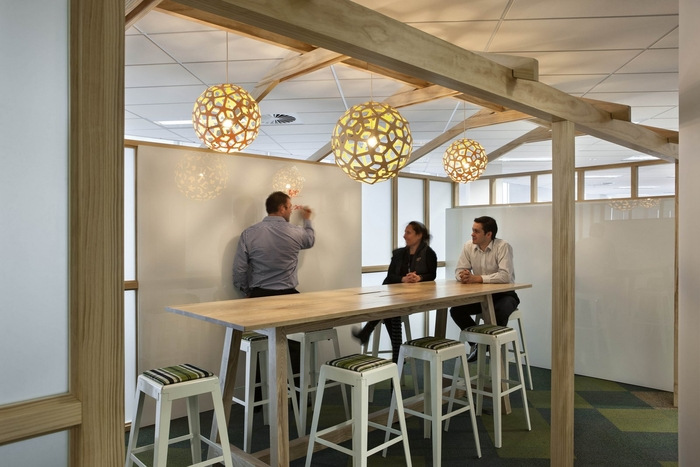 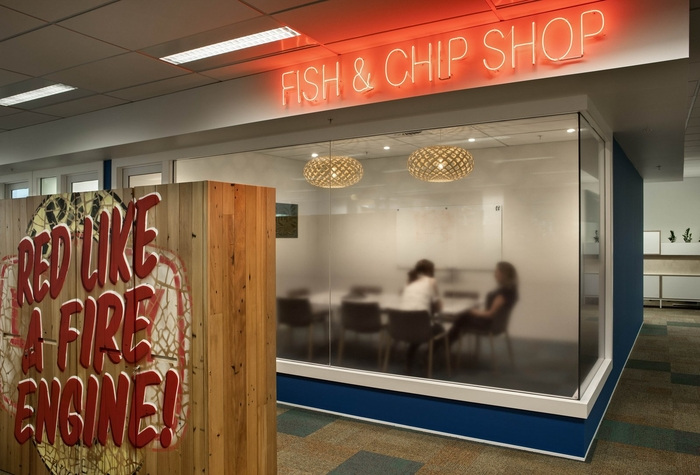 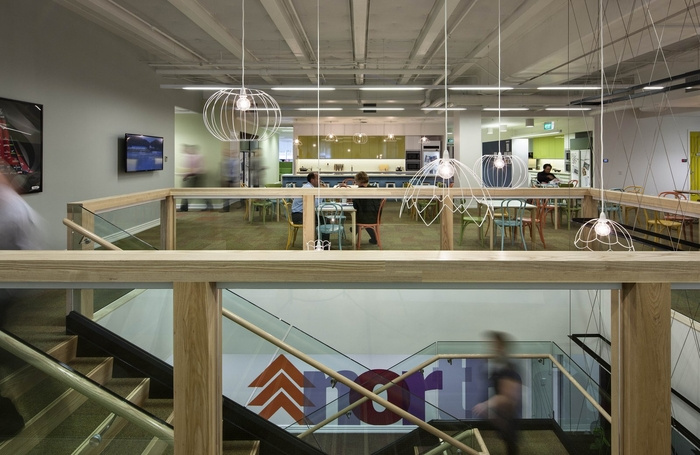 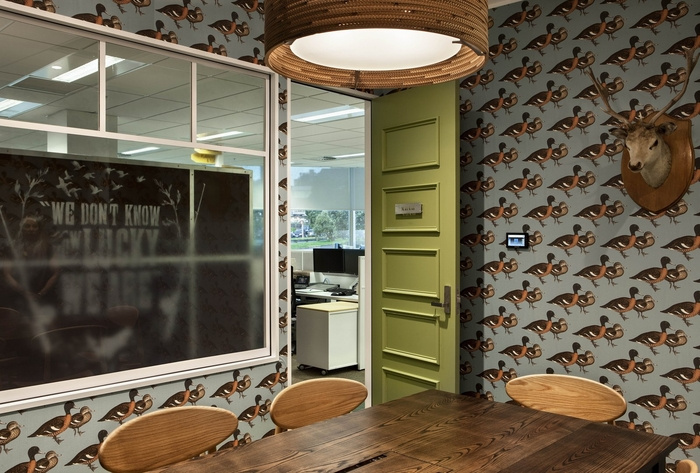 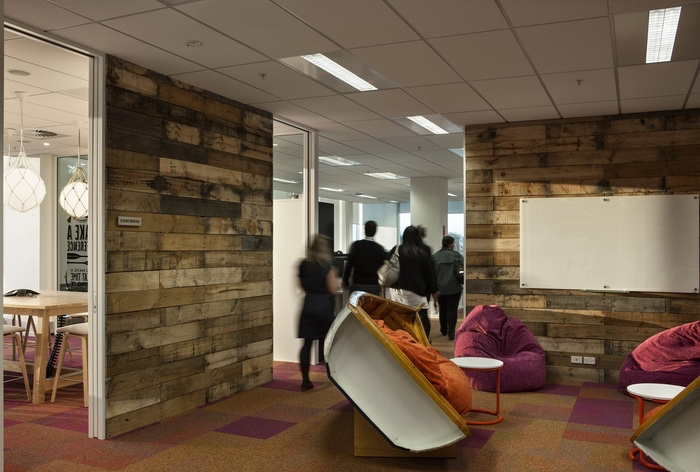 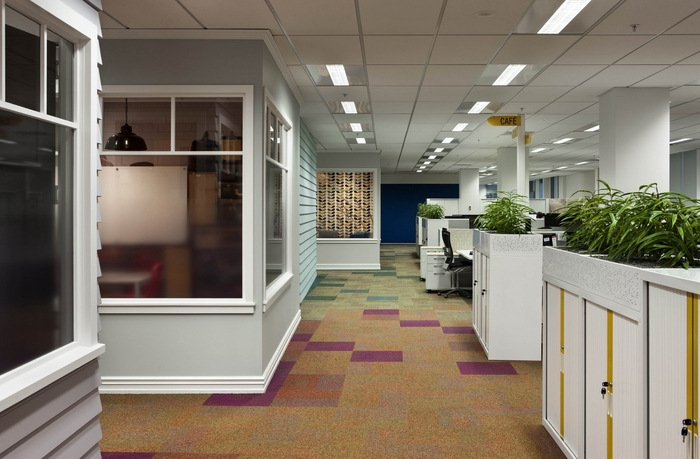 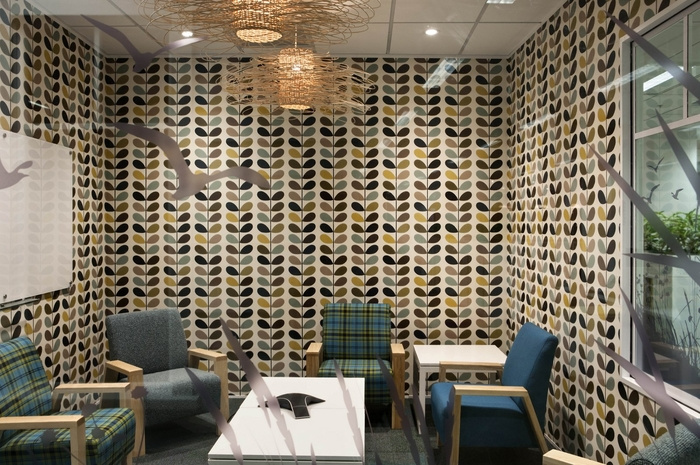