STG Design has developed the new offices of IT automation company IPsoft located in Austin, Texas.

IPsoft, a New York-based IT automation company, worked with the designer to relocate their existing Austin office to a place where they could reiterate their company branding and vision. Their new space, with its breathtaking views of the city and Colorado River, is now located in downtown Austin’s recently constructed Colorado Tower.

The high-tech attitude of the space conveys the company’s mission to provoke collaboration and develop groundbreaking technology. Thought, care and cohesion were implemented into all stages of the design process. The simple, yet strategic, color palette accentuates the space’s clean lines and sleek finishes. From the modernistic lighting approach to the aluminum flooring inlay in the lobby, which was meticulously cut, no aspect of the office feels forced or settled upon. The space features a multitude of creative design: a unique network operations center that is located at the edge of the building, allowing control of natural light; an interactive touch-sensor light wall; and color-customizable lights throughout the conference room and elevator lobby. The overall look and feel of the space is reflective of IPsoft’s culture: modern, forward-thinking and innovative. 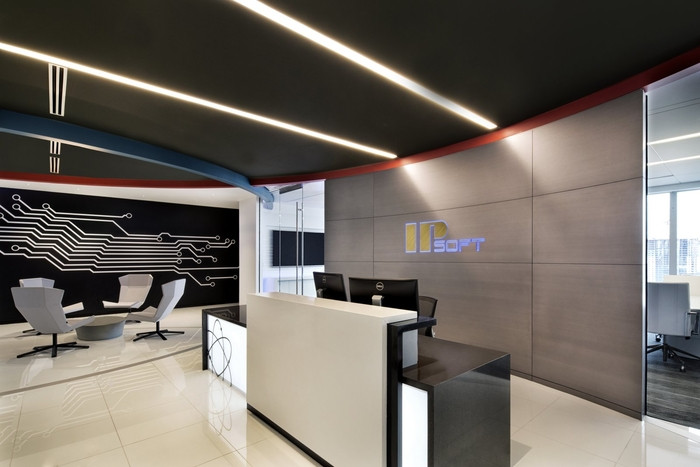 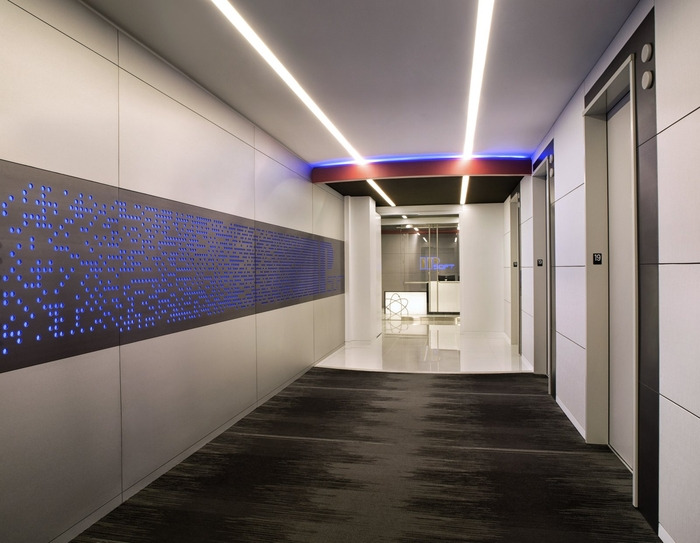 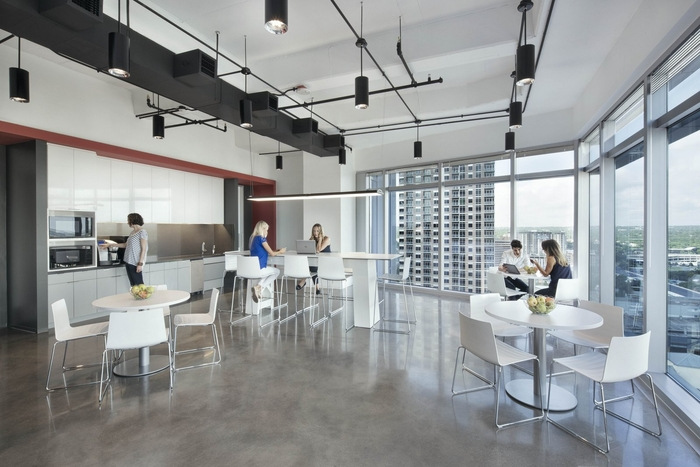 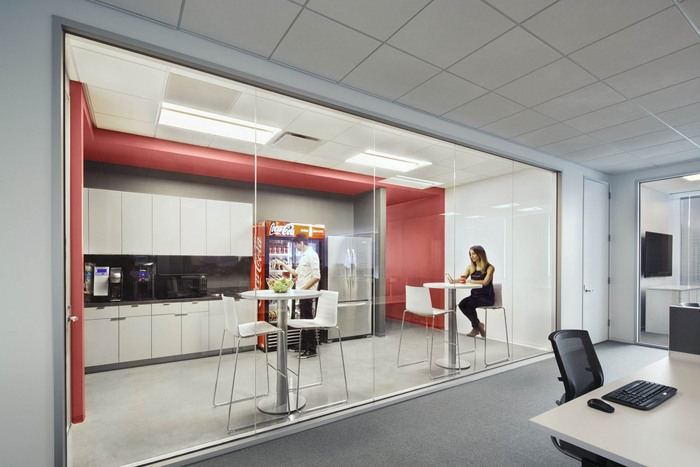 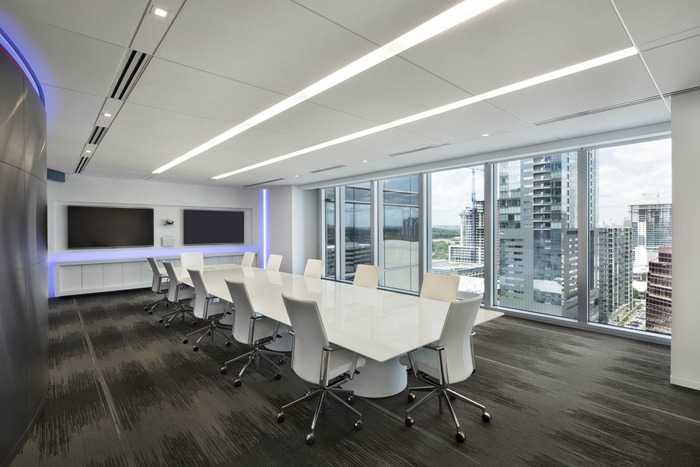 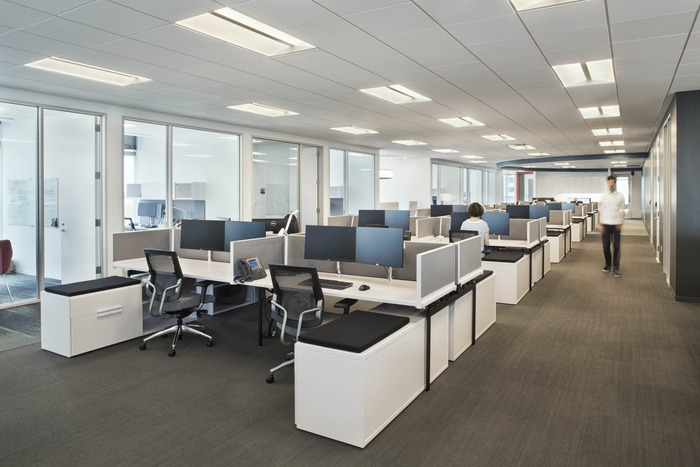 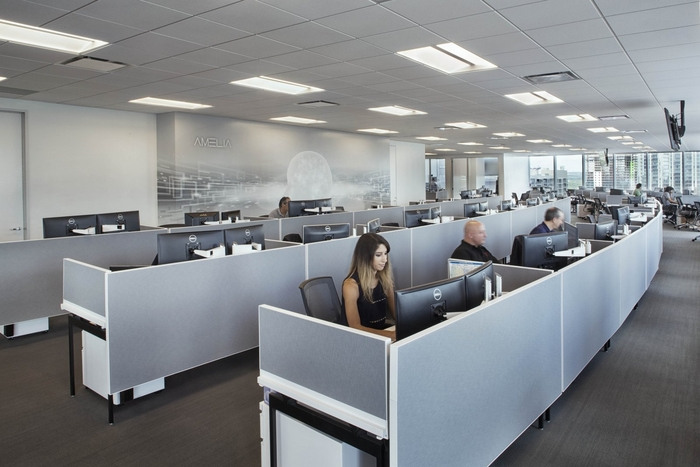