The firm‘s primary entrance is located on the uppermost, 7th floor. In addition to reception and a waiting lounge, the penthouse floor contains the public, representative areas with the large, small and video conference rooms. A glass door provides controlled access to the internal office areas. In addition to the cafeteria with its roof terrace, this area contains a flexible work zone with a multi-functional desk landscape of standing and seated work stations that can also be used for receptions. It wraps around the internal staircase that leads to the offices on the fifth and sixth floors.

In particular, areas with very diverse workplaces were created alongside fixed work stations in response to the firm‘s day-to-day operation, with its predominantly flexible working hours. In addition to rather classical, functional individual offices and representative double and partner offices, there are spacious open areas, especially at the end of halls on office floors, with built-in, glass team rooms.

In addition to alternating six and four seat benches, designs for both floors included telephone booths for private conversations, glass cubicles with individual workplaces and, along the outer wall and oriented toward the zoo, long tables to meet the temporary workplace needs of employees. The corridor widens in the middle zones and provides space for open desktops as well as lounge areas.

A clear black and white color scheme is applied to the walls, ceilings and built-in furniture of the entire area and forms a modern counterbalance. Two different graphic concepts handle existing ceiling heights and projections and mark spatial boundaries with sharp-edged color. On the fifth floor, the severe black draws the wall surface all the way into the hall ends like a backbone and graphi- cally clarifies the alignment into urban front and scenic rear sides. In contrast, the hall passages on the floor above, with their dark ceiling emphasis, open dramatically into the bright, flexible work areas at the end of the corridor.

This rigorous contrast is discreetly interrupted by accent colors in building niches, furniture and upho- lstery of installations. Thus, the acoustically effective telephone booths and the copier room, scattered window niches in the office areas, the small kitchenettes and cloakrooms along the corridors all glow in matte blue or bright orange and create a conscious connection between inside and inside, drawing on the color panels of the facade. Complemented by cool lime and occasional light gray, the color scheme again disengages from the historical precedents and reinterprets them. 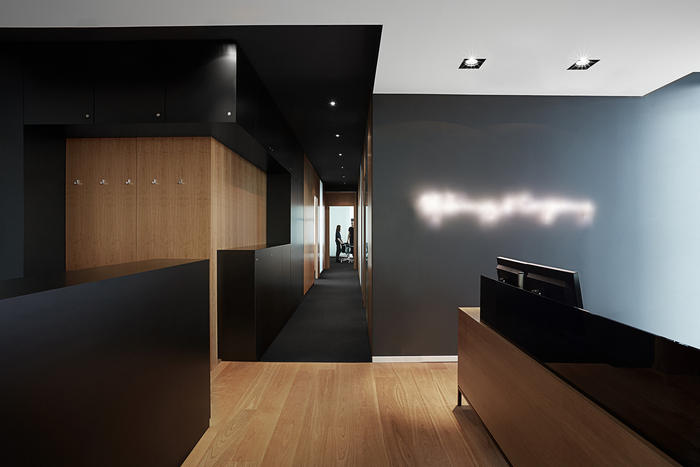 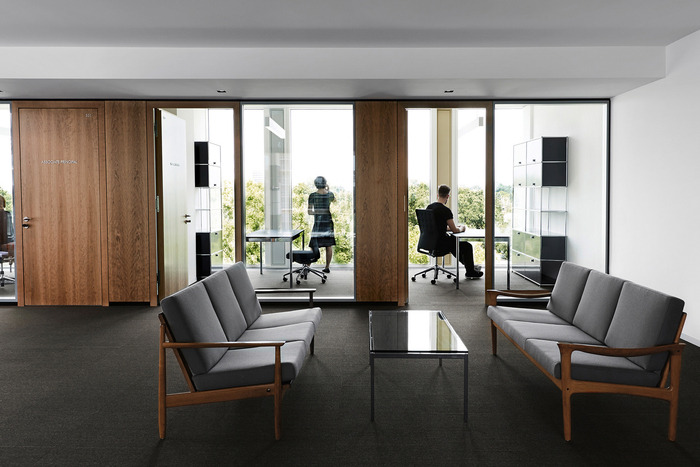 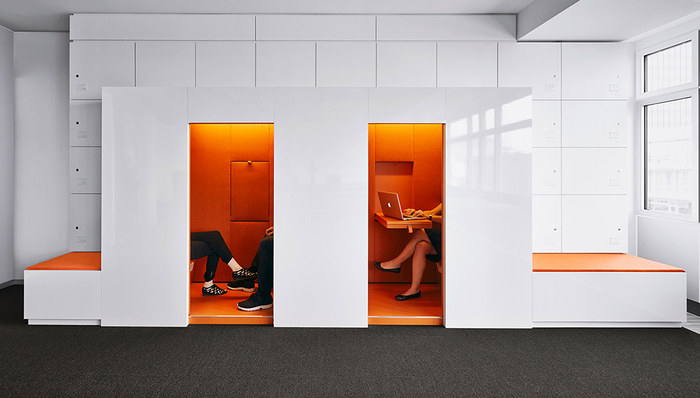 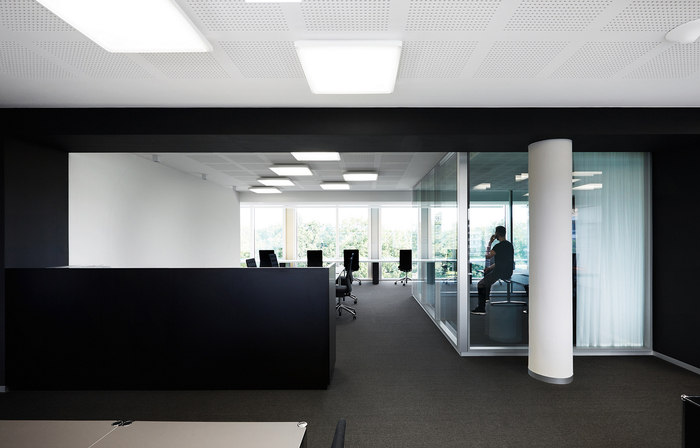 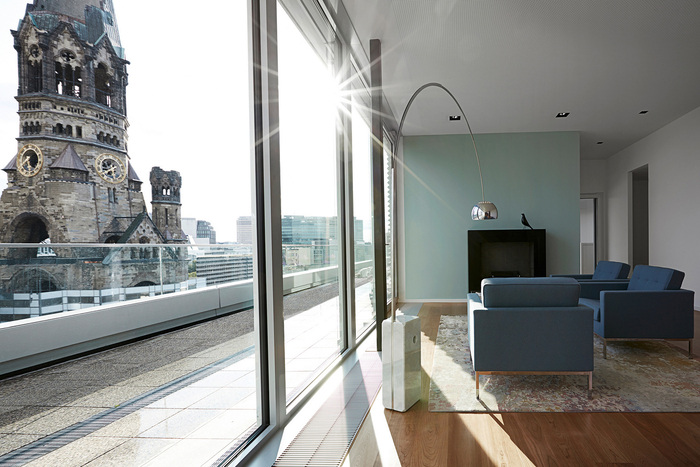 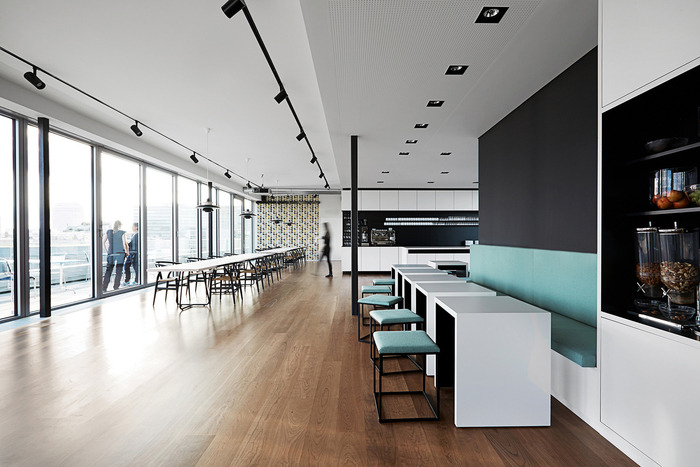 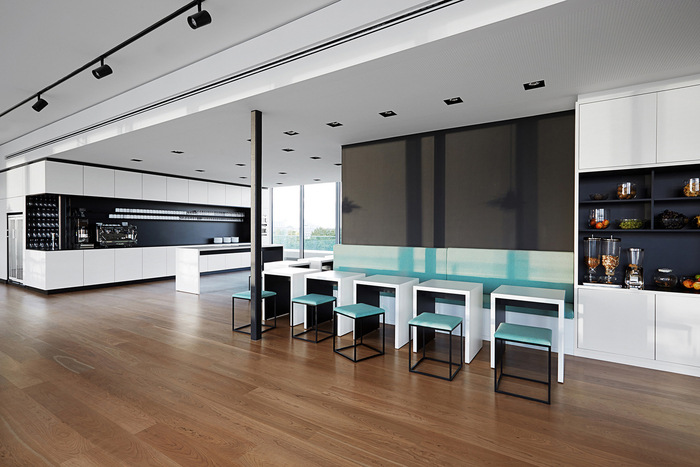 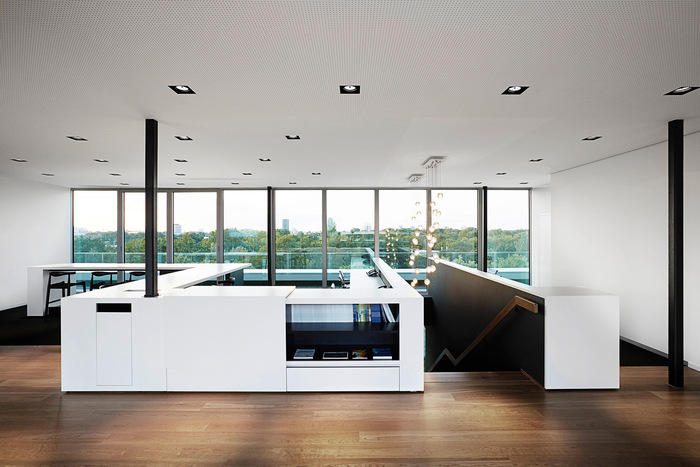 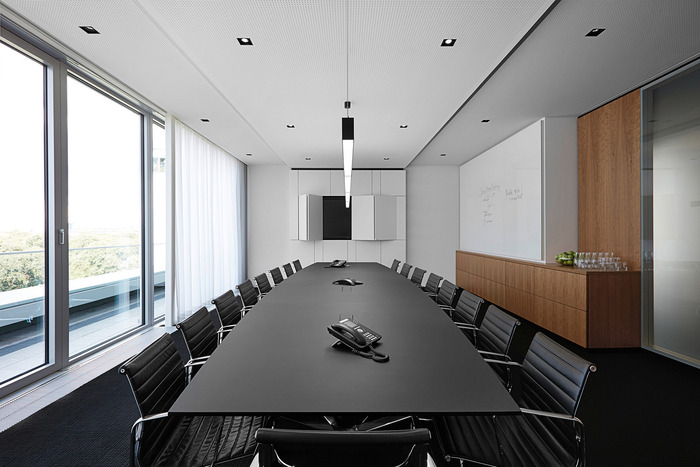 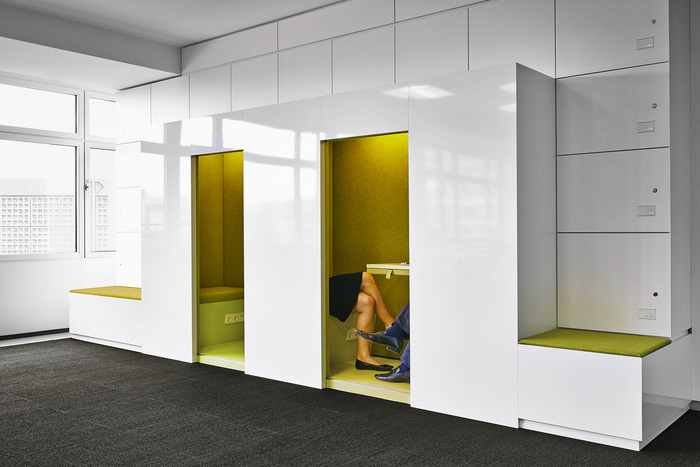 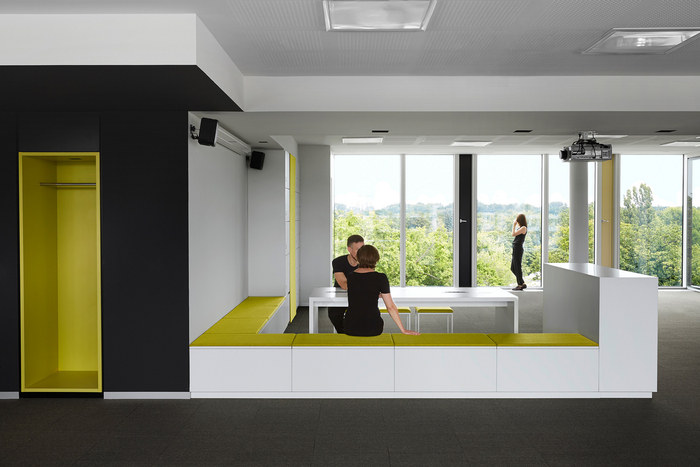 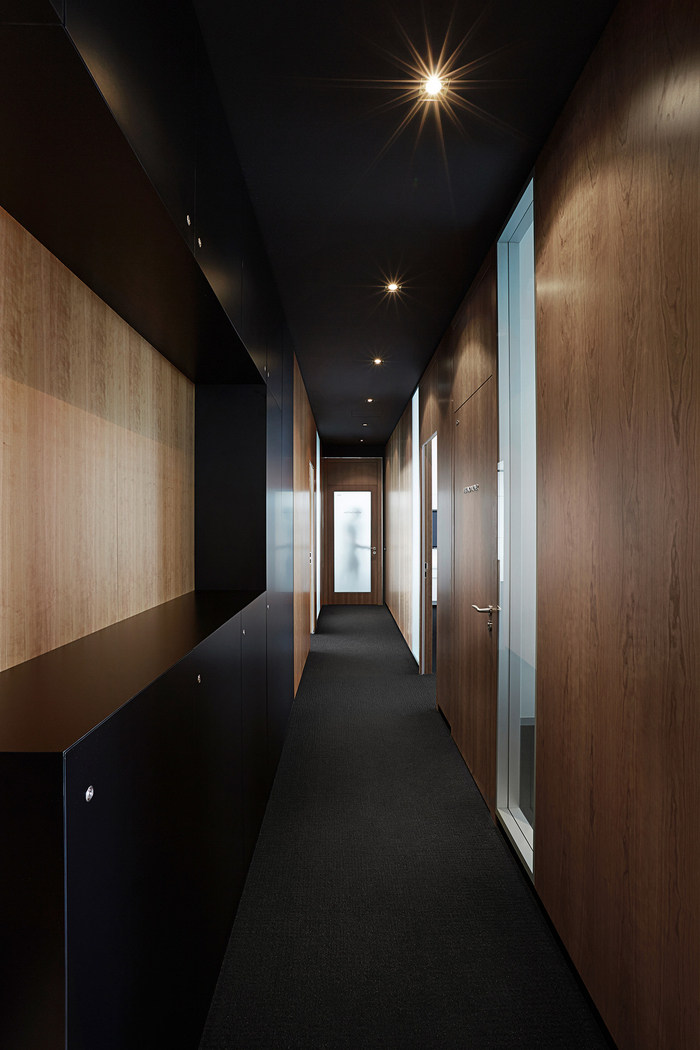 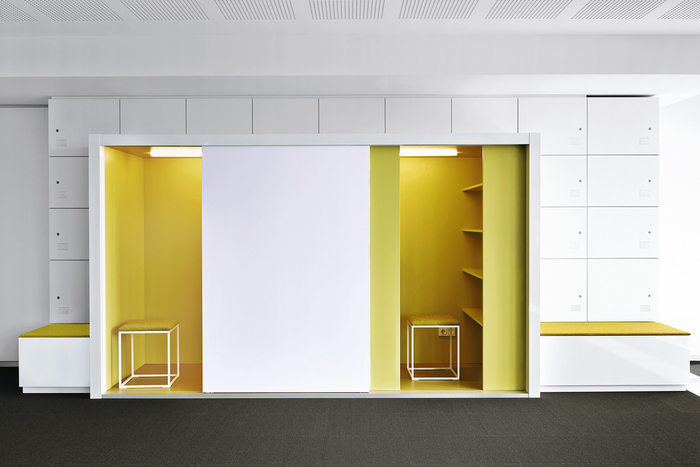