A newly rebranded FCB, the large ad agency, in Chicago has just relocated. The firm has recently completed a merger of Draft and FCB; two separate spaces and cultures are happily melded into a single office, 5 floors in the Hancock Building downtown. The new offices, as much as the new logo and re-energized staff, express the spirit and direction of this advertising powerhouse.

TPG Architecture designed the 170,000 square foot space collaboratively, working with FCB’s CEO, Creative Director, CFO, HR Director, IT staff, CIO, and the head of the facilities group. What had been 12 small floors of offices became 5 floors of expansive, open workspaces, and the entire design direction was to upgrade and modernize basically everything about the way the firm works. By committing to a few overall design gestures, senior management signaled to the industry that there is a more current, wired, youthful and forward-thinking culture at FCB.

Separate from the White/Black Spaces are open desk stations, which was another senior management decision: to move from private offices to open seating. In early planning the staff was going to be split between bench-type seating and offices but in the final plan everyone in the company, from the CEO down, is sitting at an open bench. 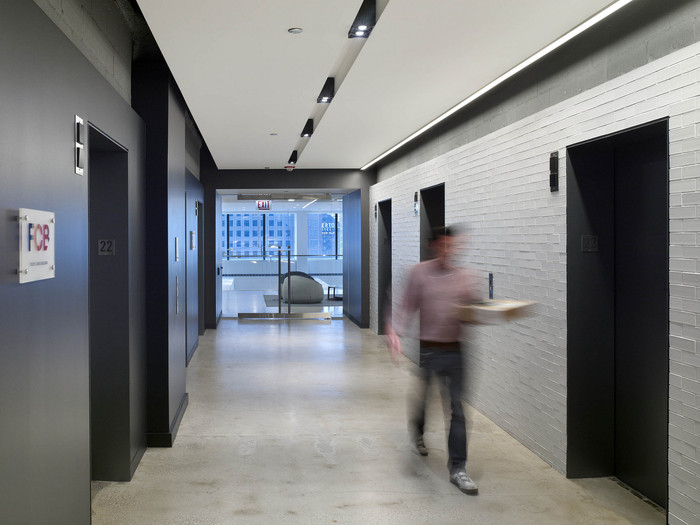 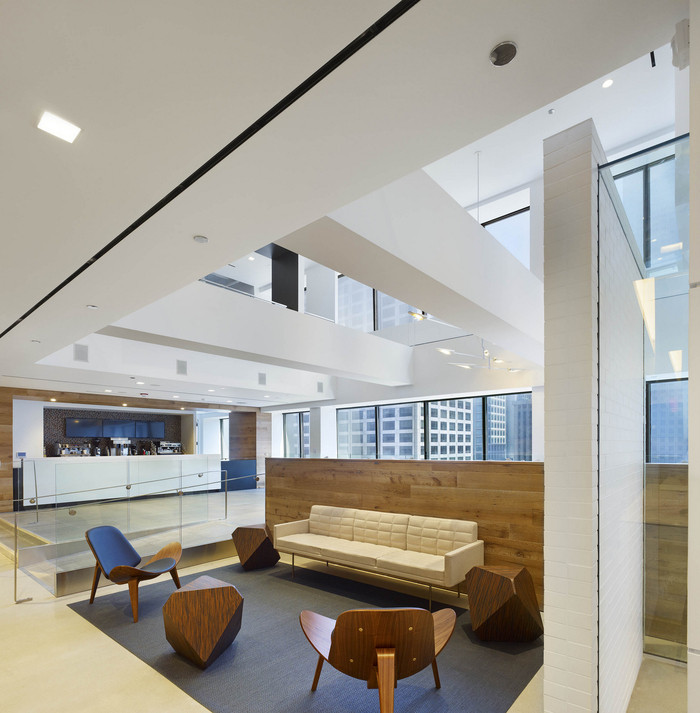 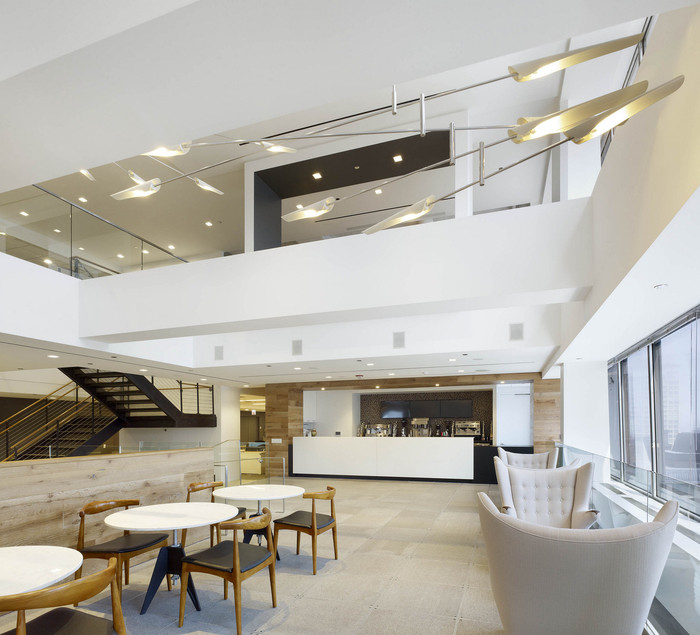 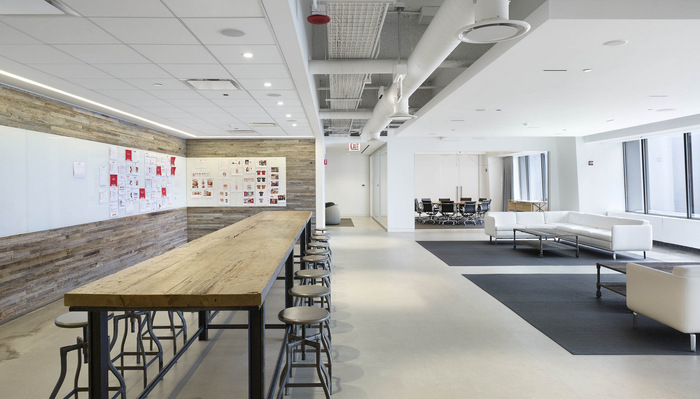 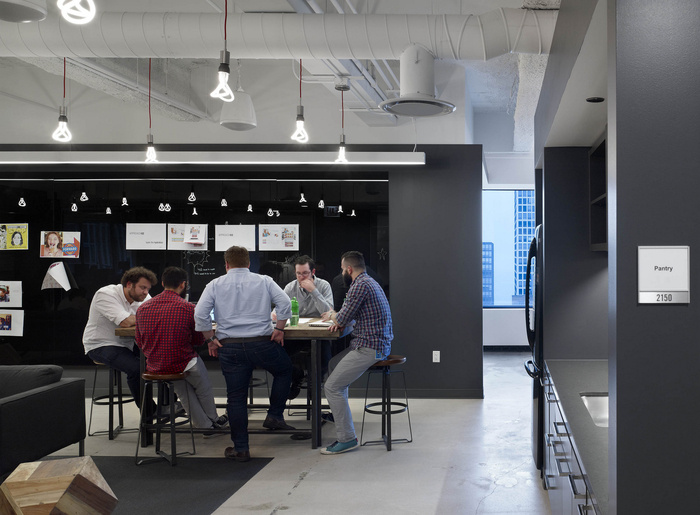 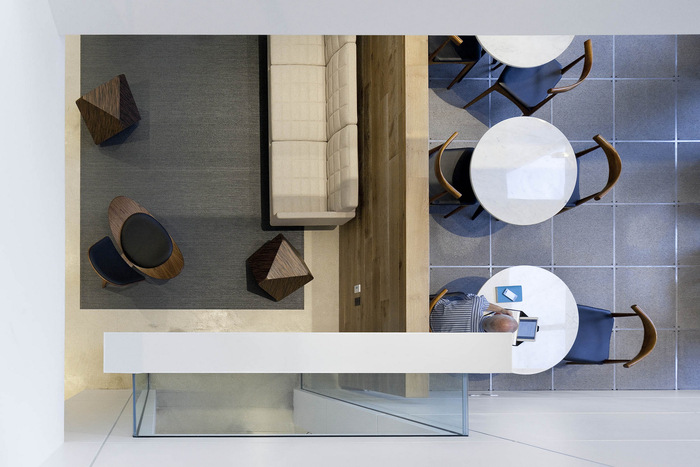 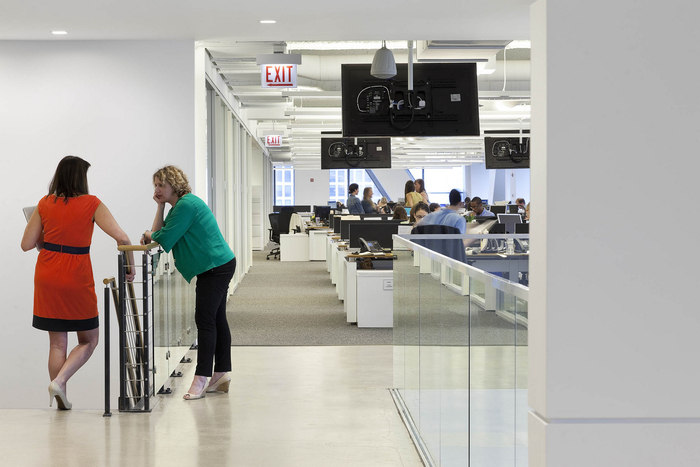 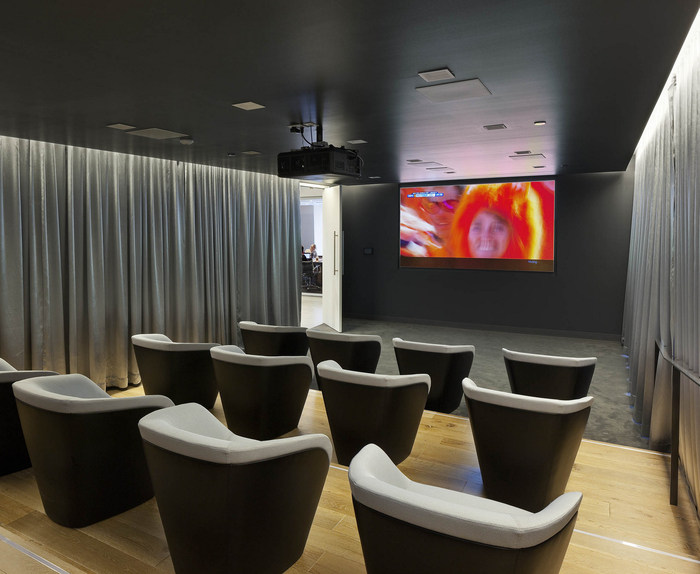 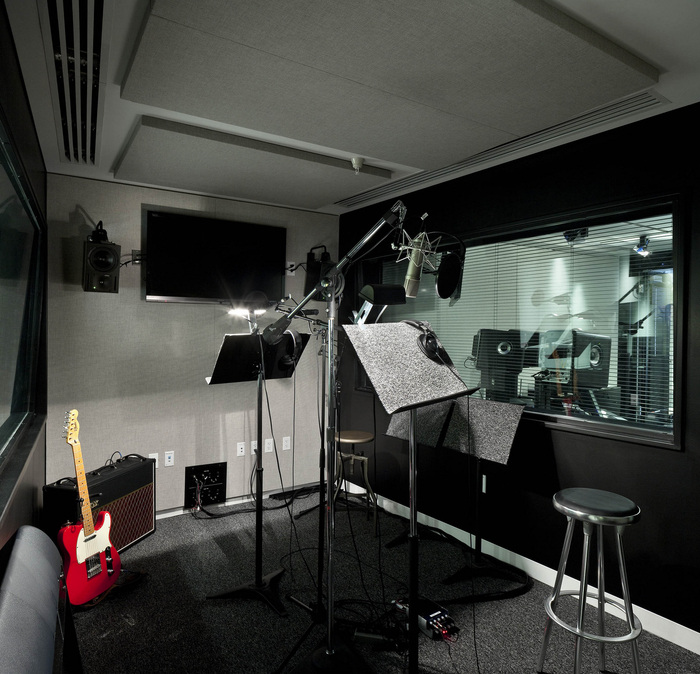 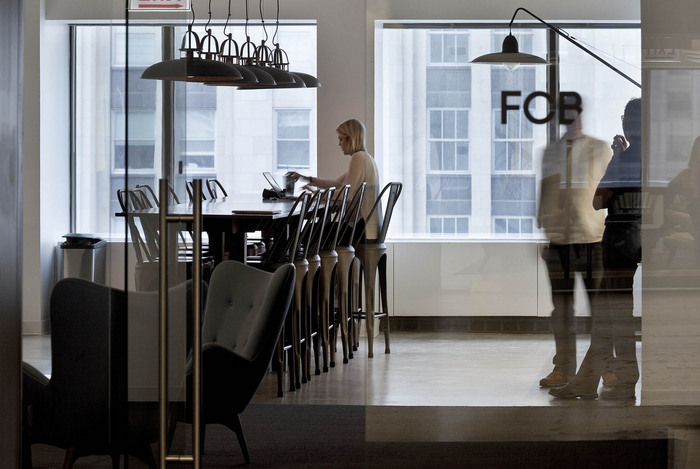