The new 12,000-square-foot office space located at 1705 Guadalupe Street, will be home to Favor’s 120 Austin employees and was designed with Favor’s growth strategy in mind, allowing ample room for future expansion. The office was designed by Favor’s own Creative Team, with the company’s values and culture in mind.

The new headquarters were designed by Favor’s very own Creative Team, who wanted employees to feel as if they were working “inside” the Favor brand. The result is a variety of work settings, including both collaborative and private spaces with meeting rooms named after famous personal assistants such as Jeeves, Jenkins, Moneypenny, R2D2, and Siri.

With a clean, modern, and 70’s inspired design aesthetic, the space is filled with natural light, plants, and plenty of Favor Blue. It also includes a custom mural depicting the history and future of Favor, designed and hand-painted by members of the Favor Creative Team.

Favor employees helped to hand select and design every piece of furniture and fixture in the office, while music fills the common areas with an employee controlled Spotify playlist. Employee feedback was further incorporated into the office design, with an abundance of whiteboard walls and breakout areas throughout the office to encourage open collaboration.

Naturally, a tribute in the office is paid to the Favor Runners, through a collaborative mural painted by Michael Johnston aka Truth, a local Austin Graffiti Artist. “The inspiration behind the mural is this little happy world (Austin) where Favor also lives and brings goodness to your doorstep. I hope it brings a ray of sunshine to the folks that work there” says Johnston.

The new office also features a rooftop deck with views of the Austin Capitol and UT Stadium. 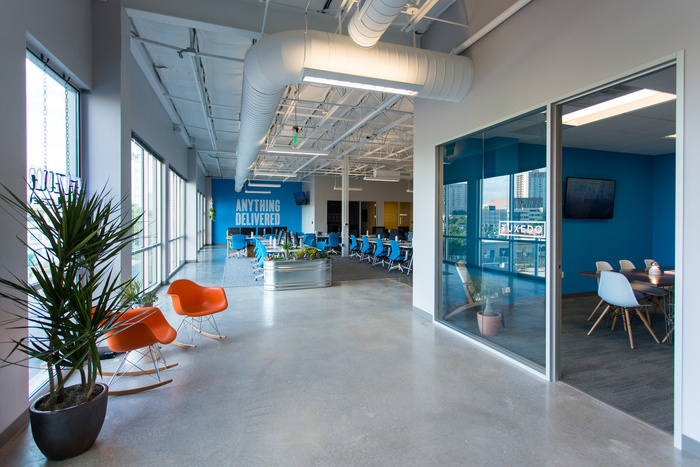 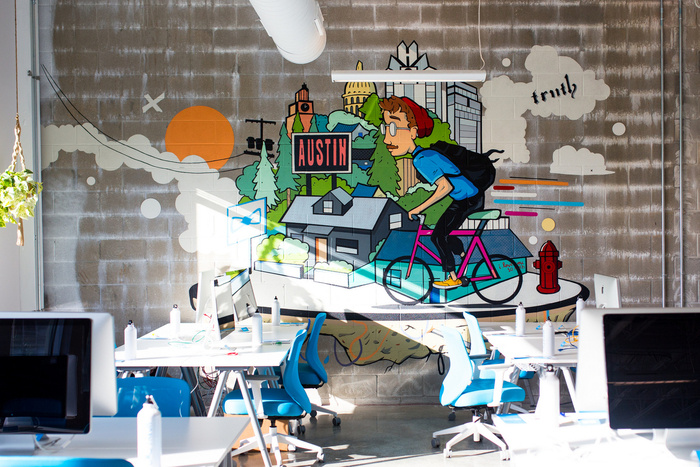 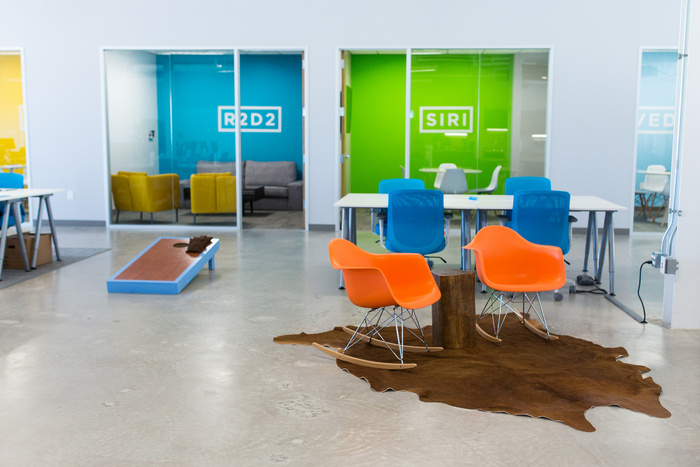 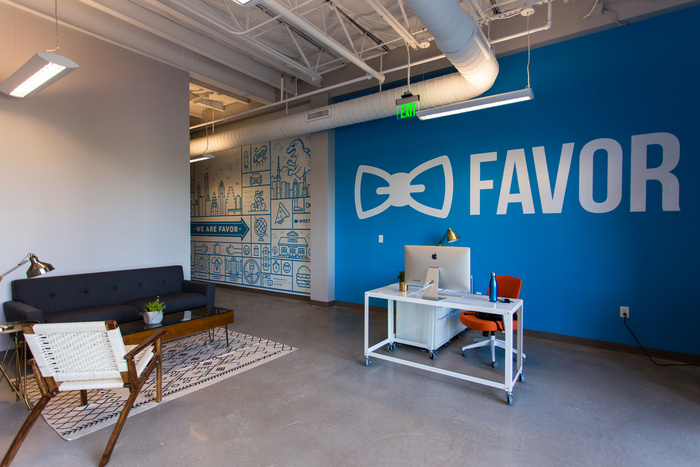 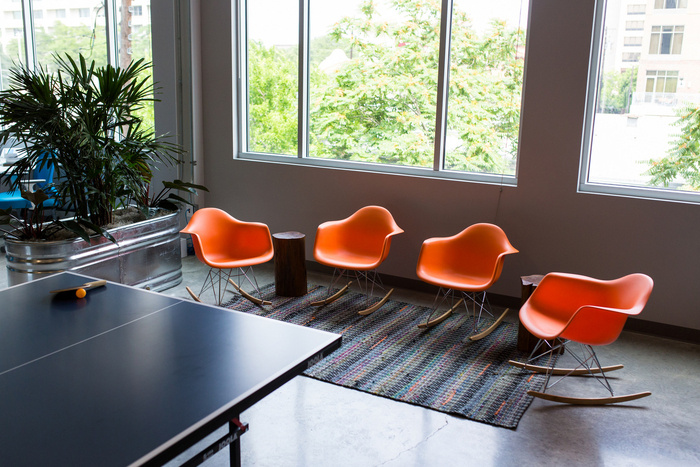 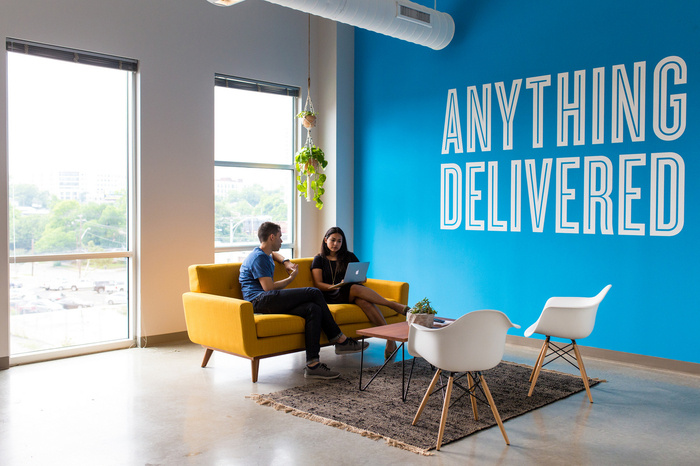