Since its founding in 2007, Dropbox has become the leader in cloud storage and file synchronization with over 350 million users around the globe. The company, headquartered in San Francisco, engaged STUDIOS to create their first New York City office near Union Square.

Occupying a single floor of a landmarked 1903 building, Dropbox’s new offices emphasize community spaces while providing a flexible, casual workplace. STUDIOS created an office where people can interact and share ideas easily and quickly. The work area is completely open, allowing workers to see each other and interact spontaneously. The openness is balanced with a series of enclosed conference rooms for things such as private meetings or phone calls, but even these have clear glass fronts to allow views in.

Throughout the office, a variety of seating options, from bar-height tables and stools to couches, give workers a variety of places to work. Dimmed overhead lighting, with flexible task lighting throughout, makes the space feel even less “office-like.”

The space, which is long and narrow, is organized around a central “spine” of existing columns, which were painted charcoal. Special areas, such as the reception desk, pantry, and conference rooms are arranged along the spine, giving a sequential order to the space as you walk through. In the center of the space is the cafe/pantry with an adjacent multipurpose room. The cafe provides a central location for lunch, informal meetings, and all-hands gatherings.

STUDIOS worked to enhance the existing architectural features of the space to create an authentic, Manhattan aesthetic. Exposed brick walls and wood floors were cleaned up without erasing the imperfections that reveal their age, while the ceiling was left open giving the space a loft-like feel. The frames of the windows at the front and back of the space were also painted charcoal to frame views of the Flatiron district. Even window openings that had been previously bricked over are celebrated; STUDIOS installed custom white boards in those niches to make another place for Dropbox workers to collaborate. 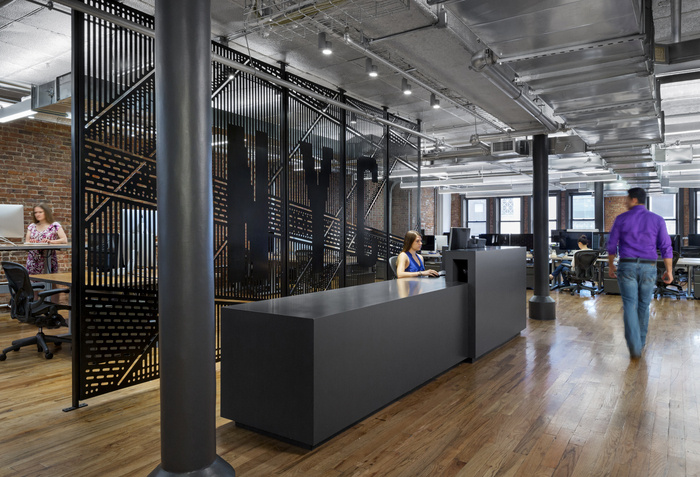 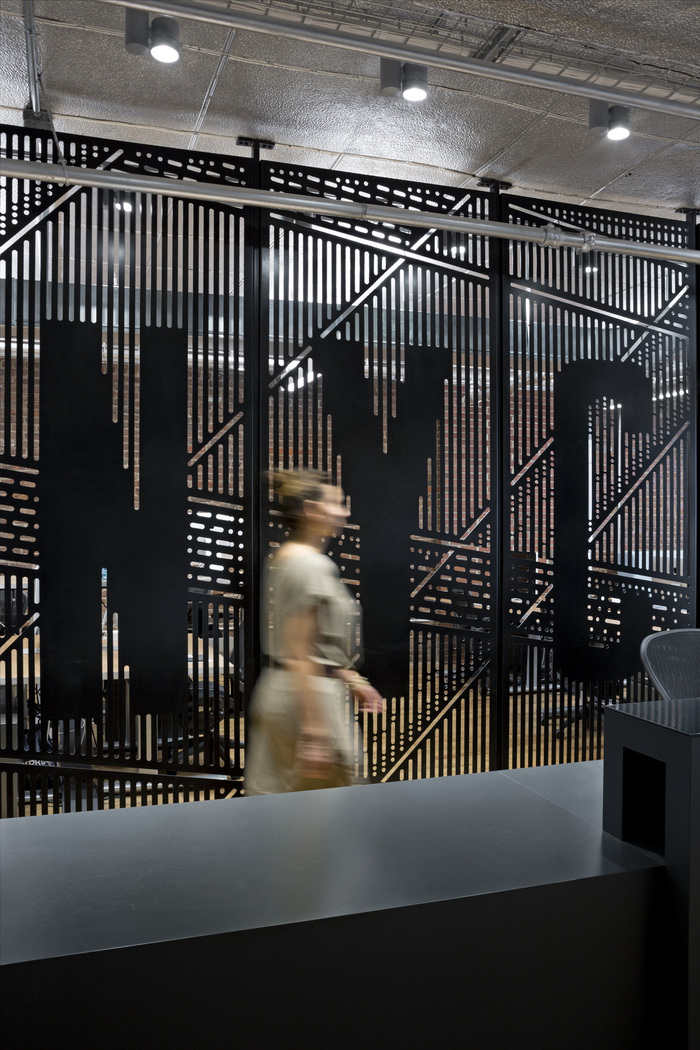 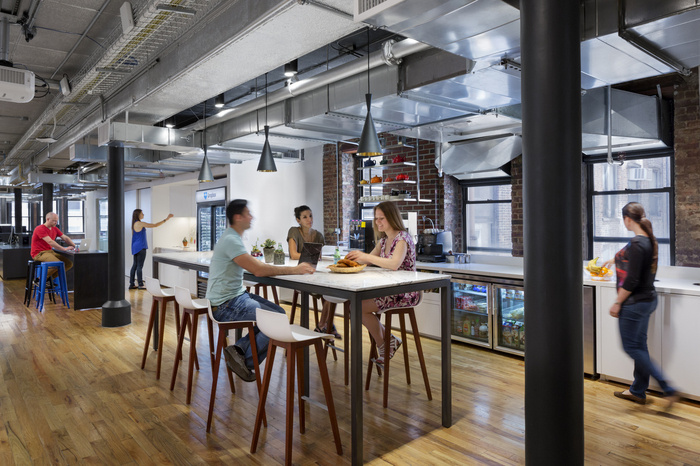 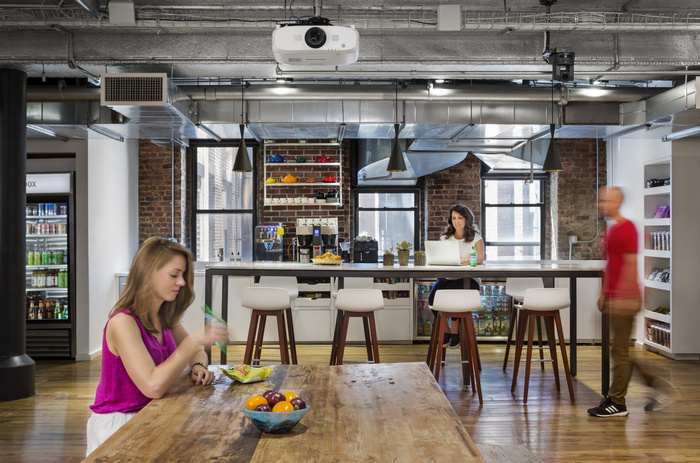 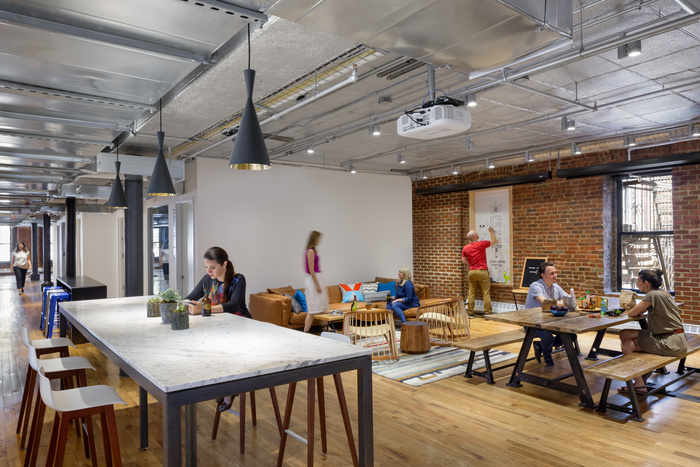 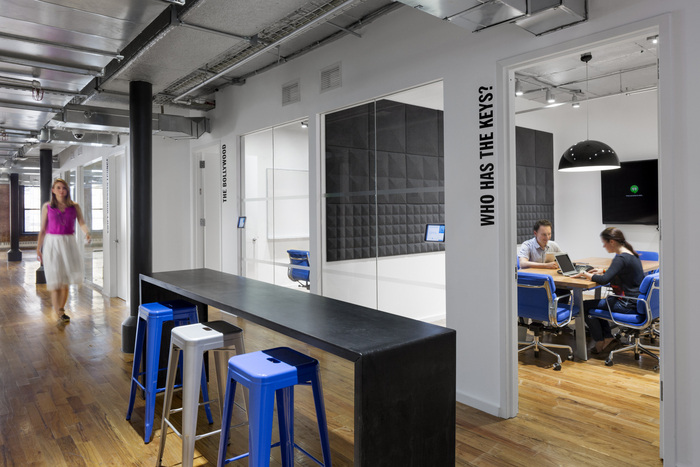 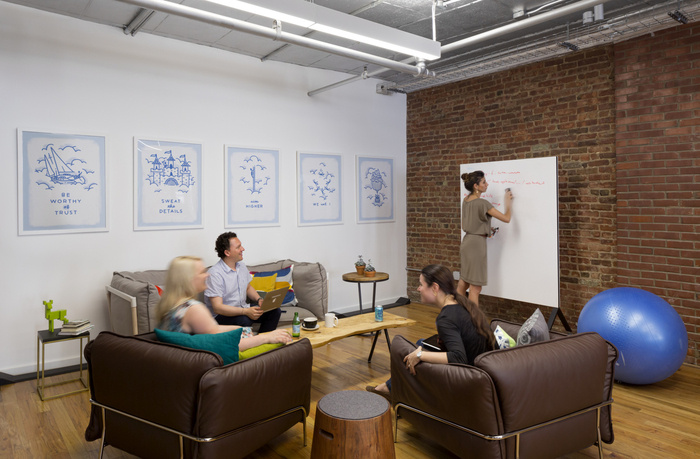 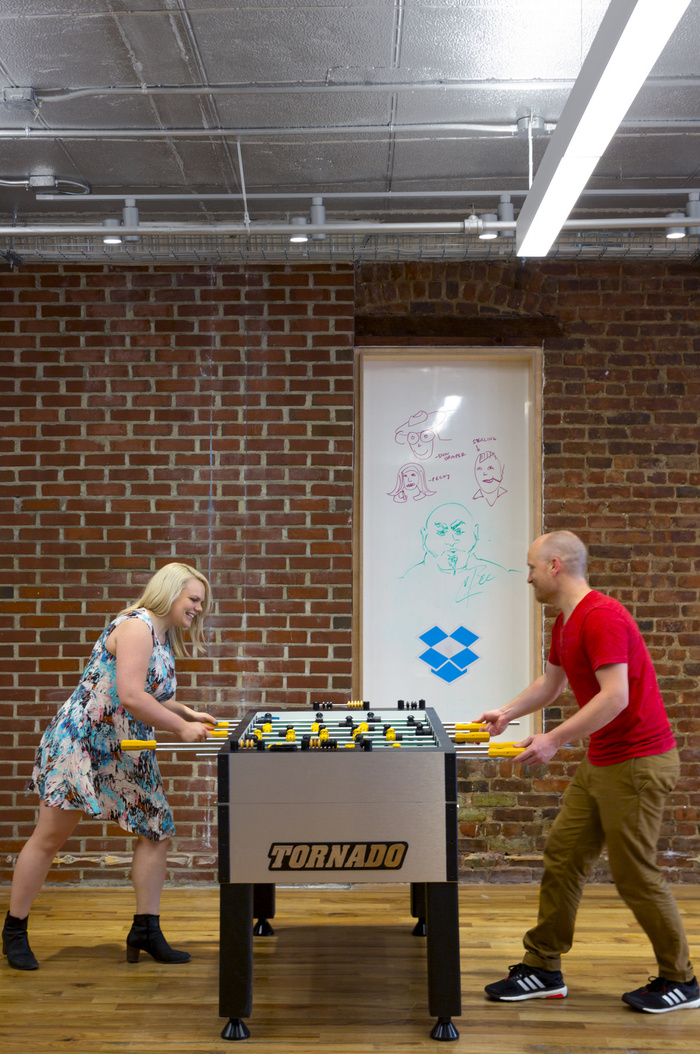 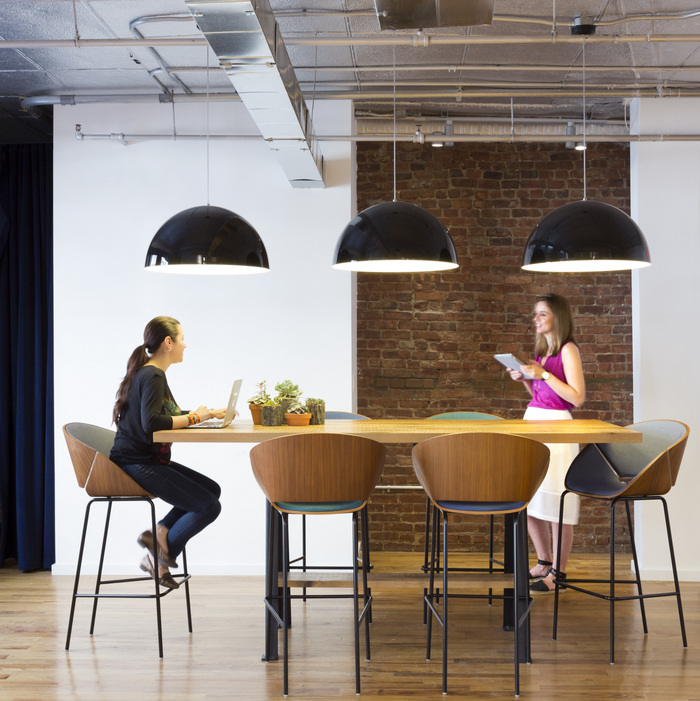 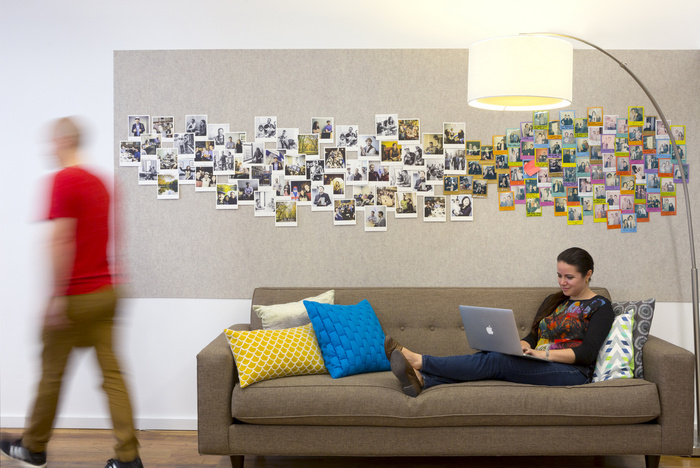 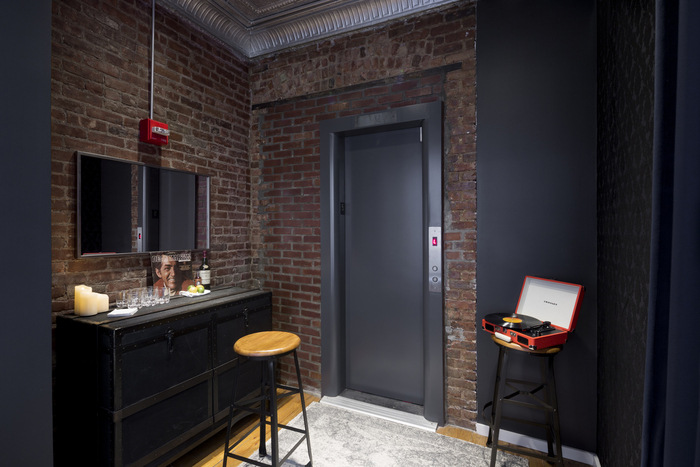