Our design was inspired by the many conversations with had with the company founders to identify the work flow, creative flow and social flow of the many companies that make up Betaworks and inhabit their office space; We realized early on that creative ideas were being introduced and tested in many different environments, some much less formal than others. It was important to support those ad-hoc events that allowed the different start-ups to overlap and come together so they could ignite a more powerful conversation than if they were holed up in their own private offices.

We created a flow diagram for the design that listed zones for “work”, “play”, and the “communication street” on each floor. The “street” represents the connective thoroughfare that joins the different companies and also becomes an informal meeting area– it’s populated with whiteboards, seating, and cubbies for displaying project software and hardware. People break out onto the “street” to discuss different ideas in a quick charrette mode.

Many of the design details were inspired by the Betaworks logo which had been recently redesigned. In it, one sees a cluster of unique forms that are fitted together with a modern interpretation of the traditional welded joint. With the fillet weld in mind, we detailed the rooms, screen walls, and logos plates with intention and craft of “making” fully expressed– a nod to Betaworks’ hands on, crafted and bespoke approach to building creative tech companies.

One of the big challenges was giving each start-up company their own identity while having the environment read as a cohesive ‘betaworks’ environment. The program layout we developed was crucial in setting up the master plan and keeping the organization of companies clear and simple. Then small but critical details like to the logo plates and the screen walls with their imbedded white boards allowed each company to have their brand clearly indicate where they were in the larger office and allowed each company to have a mini-breakout area in which to have informal meetings (trying to schedule conference rooms for 10-15 companies would always be a challenge, so the informal meeting areas on the Street was crucial to foster an easy collaborative workplace.)

The first floor was being converted to a raw shell when betaworks signed their lease so in order to save money we had the landlord save the old HVAC units from the previous tenant and reused them. We had to fast track construction and work around betaworks move in date. The betaworks companies change, ebb and flow, at a rapid pace. The space had to be more than just flexible; it had to welcome the creative expression of those who work there and support that community environment.

It had to look organized and thoughtfully integrated even though desk configurations change every week! We and the client didn’t want to the company to look like a college dorm room on steroids. It also had to support a level of social interaction that the company really thrives on. Unlike some firms that pay lip service to the idea of socializing in the office, at betaworks that model was integral to their creative energy and success, and they were craving a design that would allow them to push that aspect of their creative mixing to the next level. 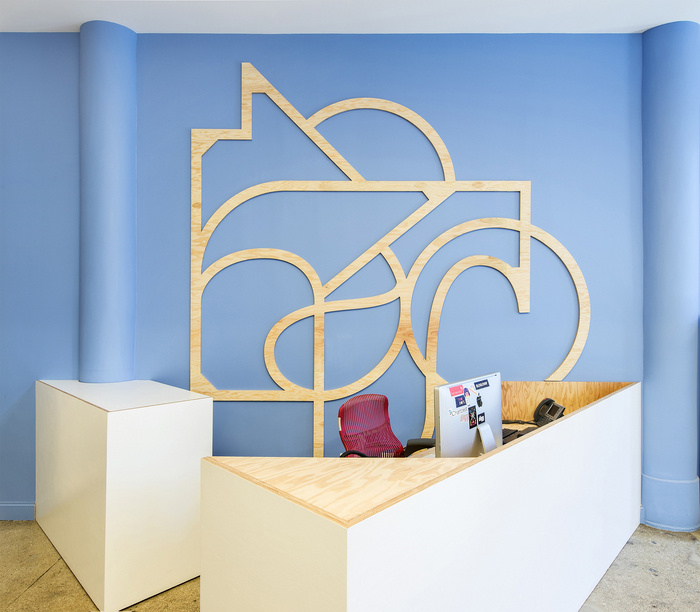 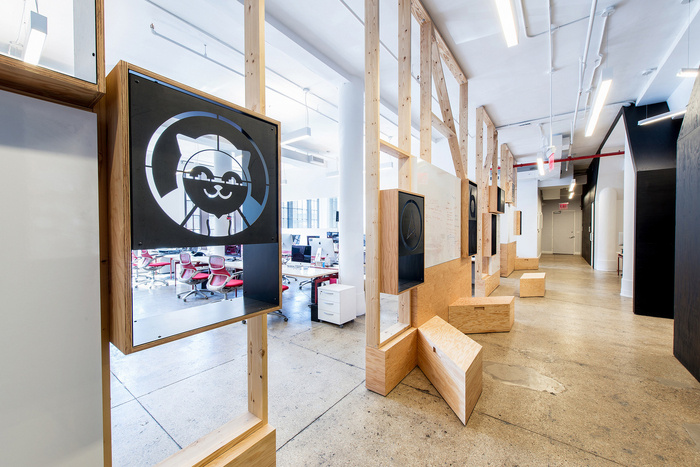 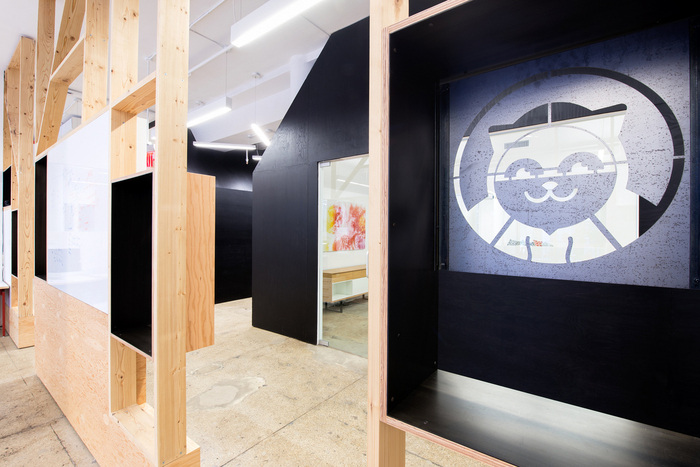 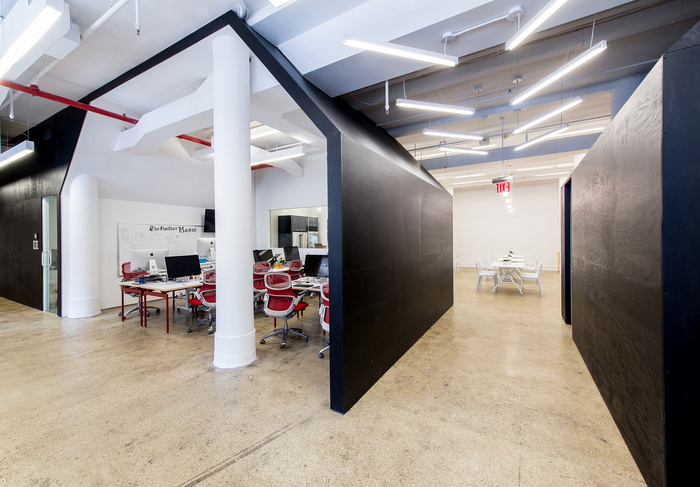 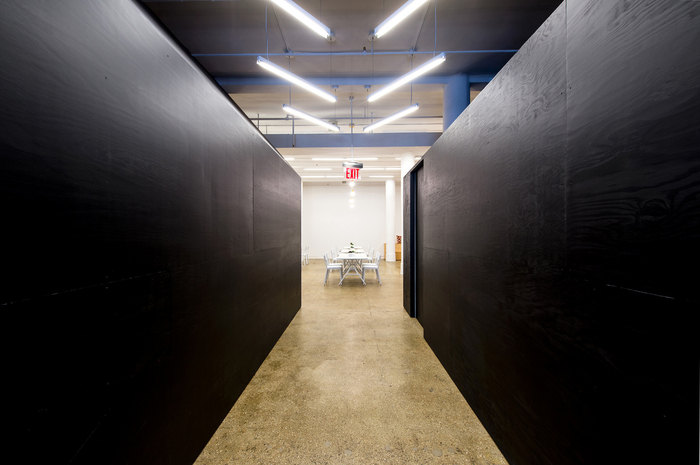 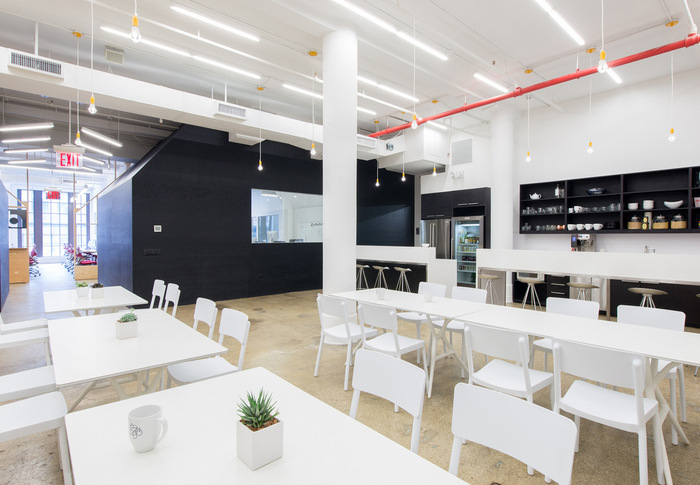 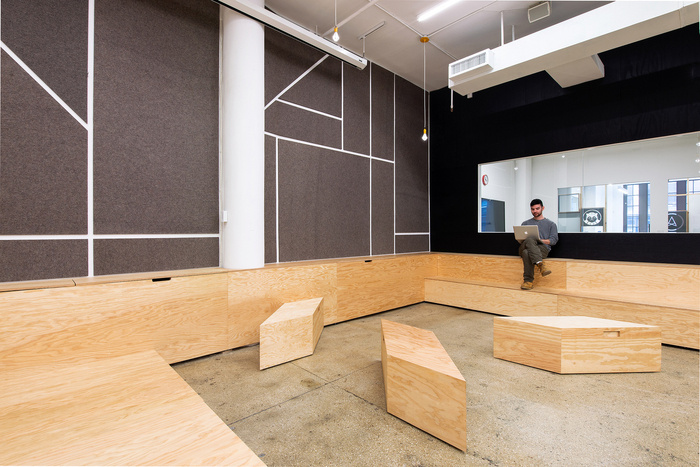 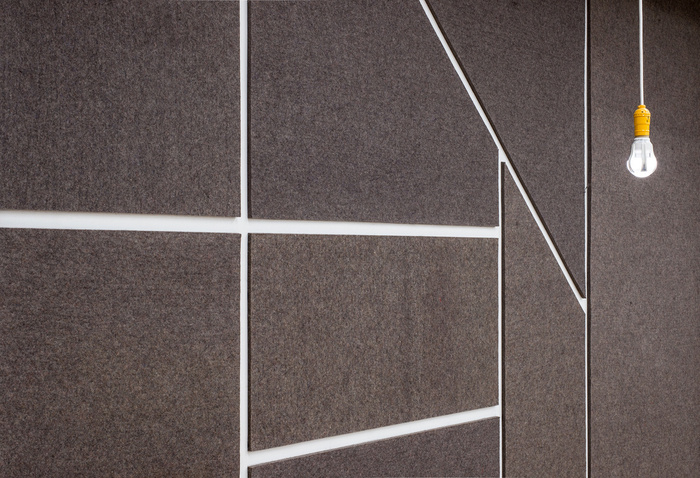 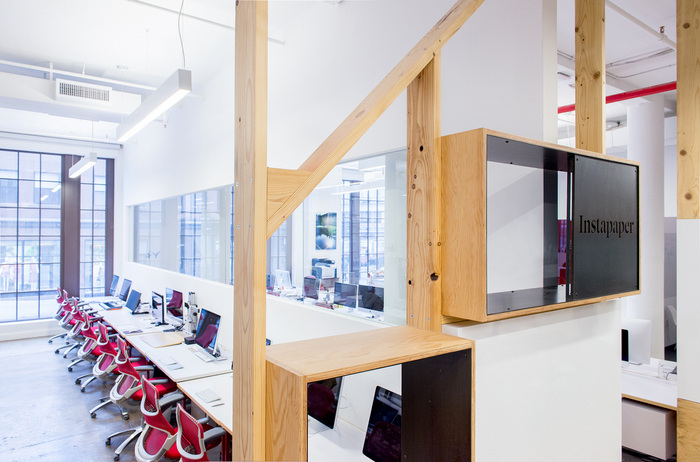 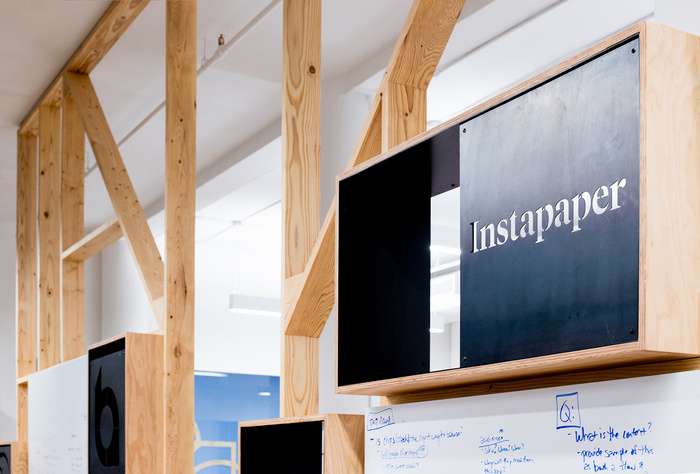 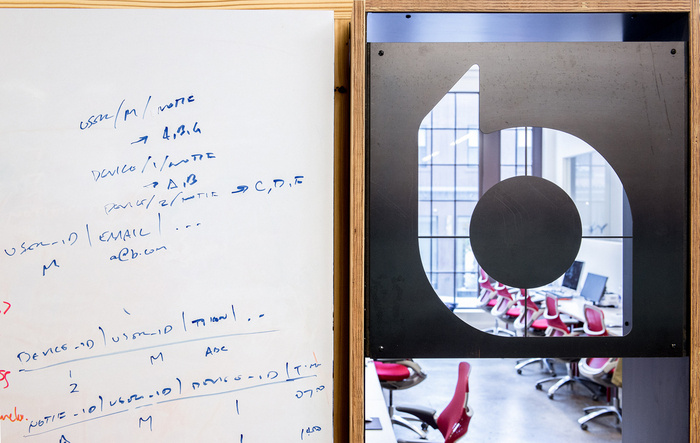 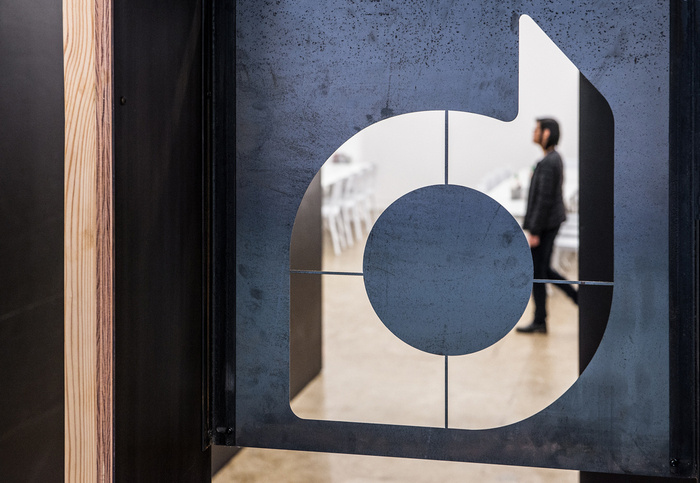 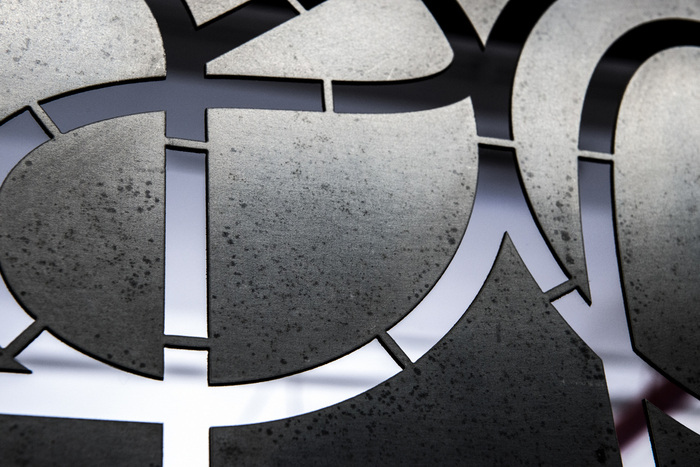 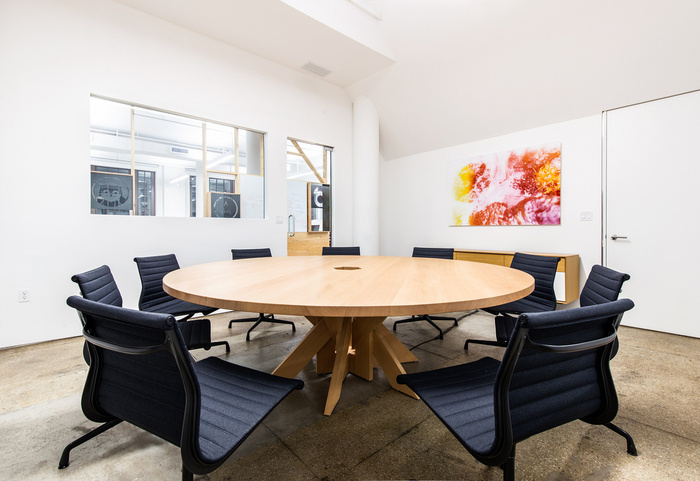 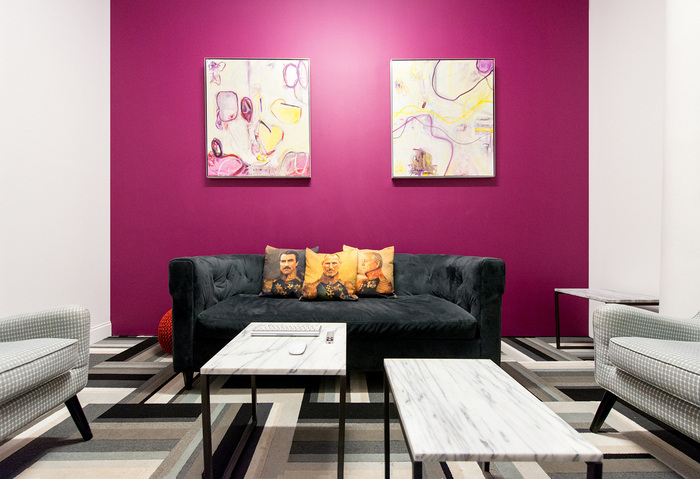 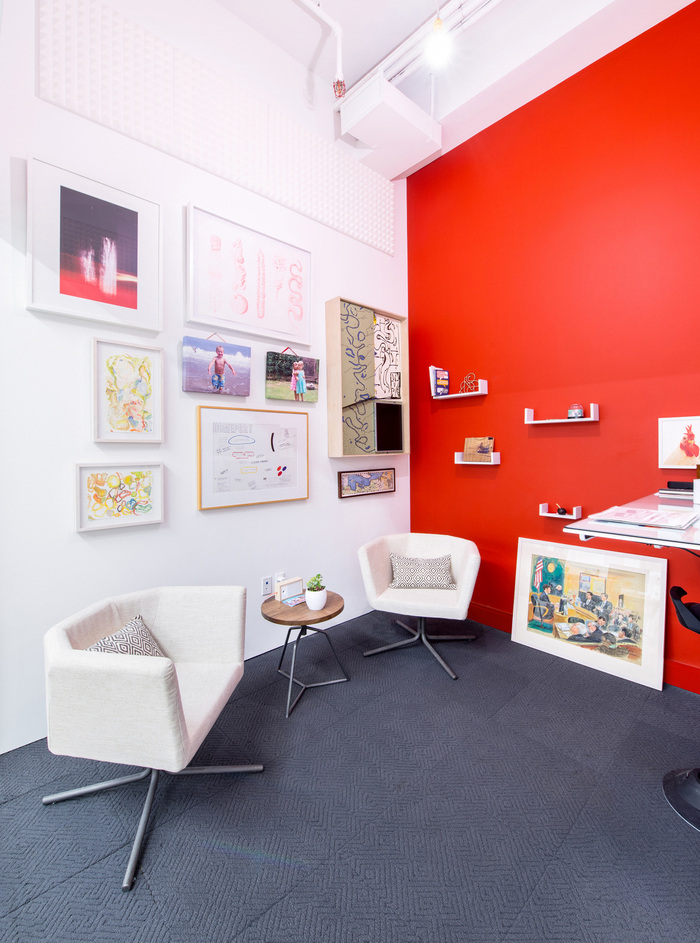