Woods Bagot has recently created a new office design for their architecture practice in Melbourne, Australia.

Is there a project that is more demanding than designing your own office? Having a group of architects and interior designers pulling in different directions for design supremacy was always going to be a challenge.

To avoid such a situation, the Melbourne studio embarked on a consultative workplace strategy to gather feedback from all staff who would be using the space. The feedback indicated an overarching desire to work collaboratively but also to enable social gatherings. While this set the planning principles for the fit-out, what was still missing was a conceptual vision for the project.

It was at this point the design team considered the simple and inspirational cookbook by Ferran Adria, The Family Meal. Inspired by the dishes eaten everyday by the staff at the legendary El Bulli restaurant, the book focuses on the most important time of the day – when the chefs come together to socialise, share ideas and collaborate.

Woods Bagot Principal and design leader Bruno Mendes said the project deployed a sense of domesticity and familiarity.   “The simple notion of coming together to share an experience drove our design concept to develop a central heart for the studio. We wanted to celebrate and foster the studio’s collective, collegiate spirit.”

Based on the notion of gathering, the various formal and informal spaces within the studio were formed around a large central space at the core of the floorplate. Stitching together a variety of informal and formal workspaces, it also forms the main assembly space functioning as an open auditorium by connecting the two levels of the studio while providing a platform for invited speakers, movie nights and dancing on Friday nights. Its connection to the main staff lunch area and through to workspaces was critical to reinforce the social and collaborative agenda.

Monumental in gesture and application, timber was the material of choice. Defining each of the key spaces within the studio, the timber weaves itself into natural steel plates which are used as transitional elements to define the various level changes. The physical result is a studio which is more akin to the nuances of ‘living’ as opposed to ‘working’. 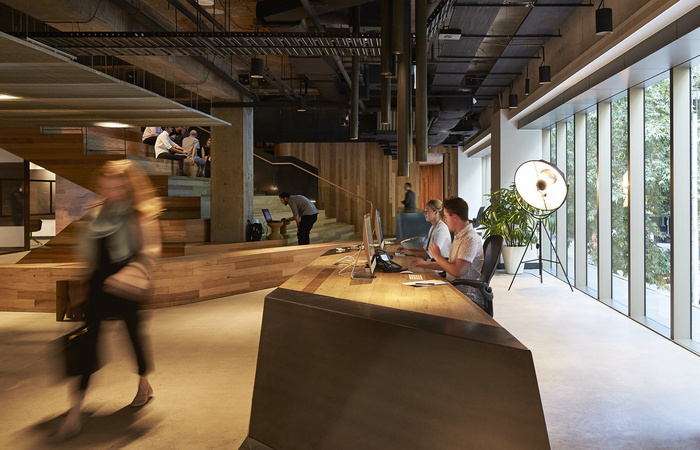 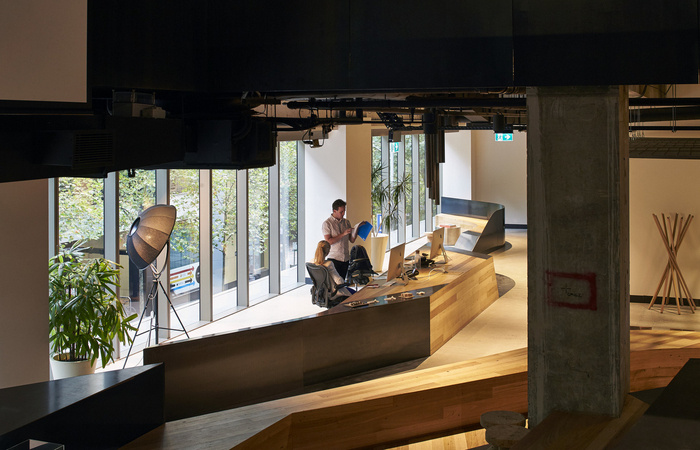 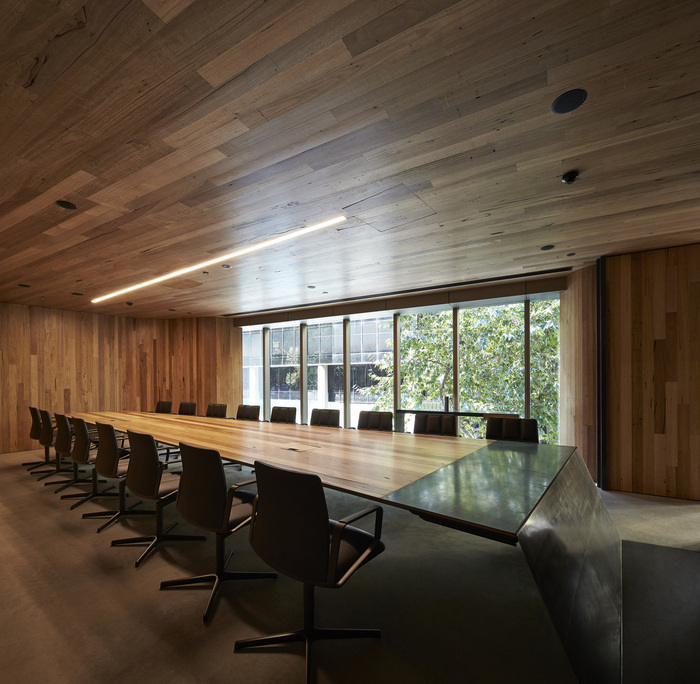 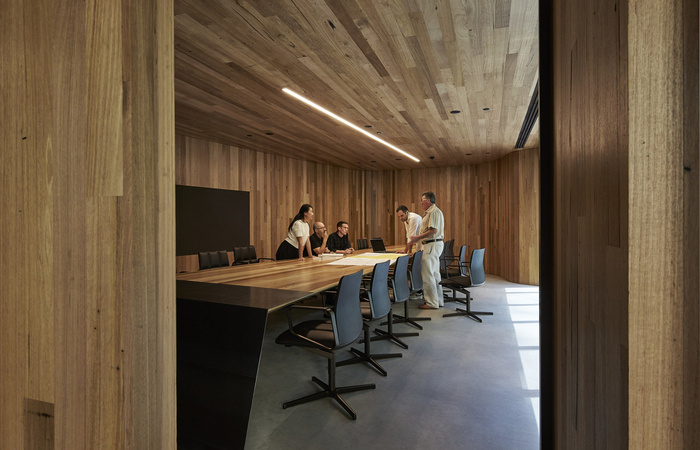 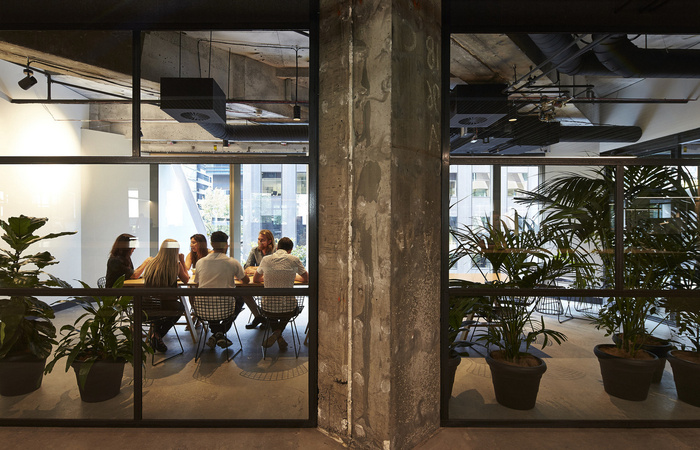 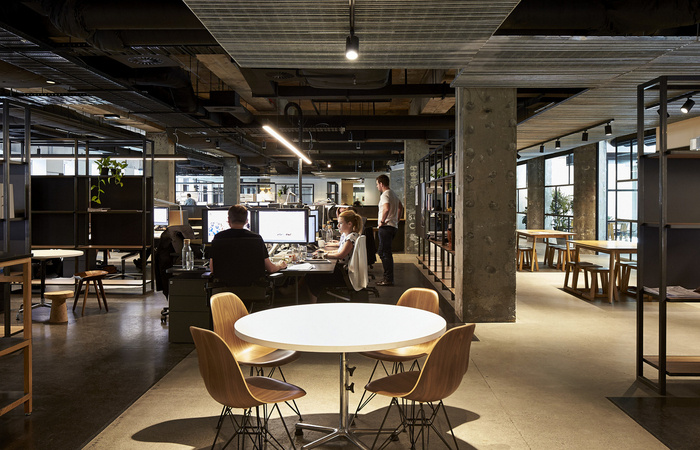 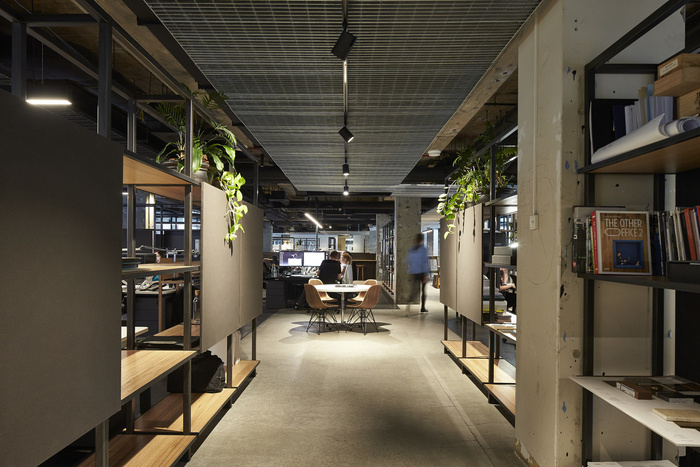 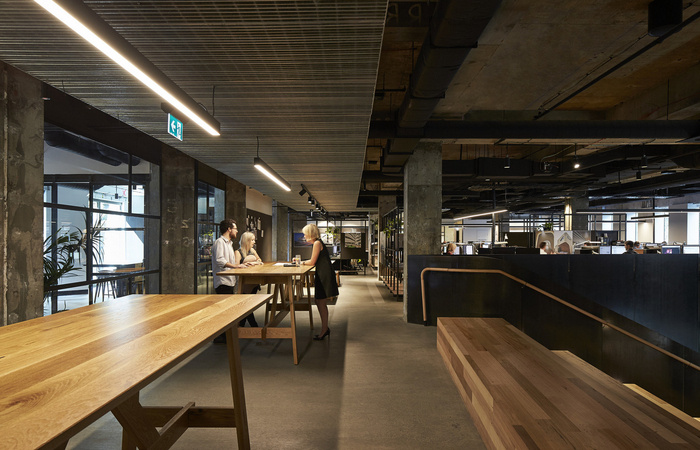 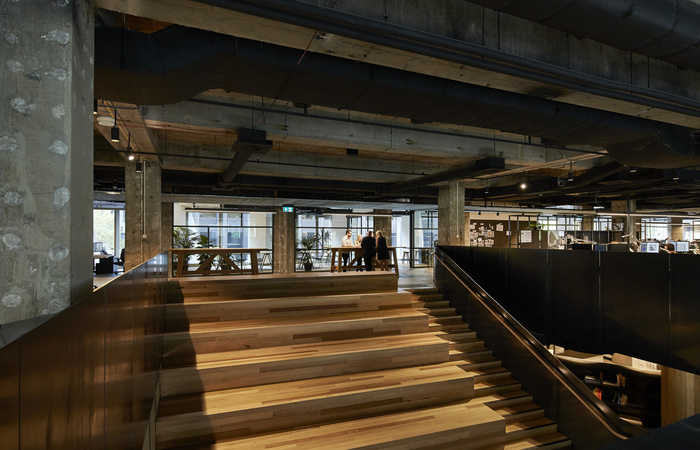 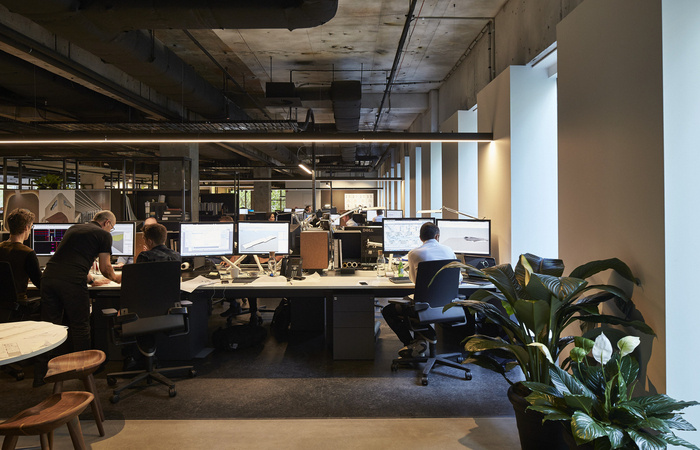 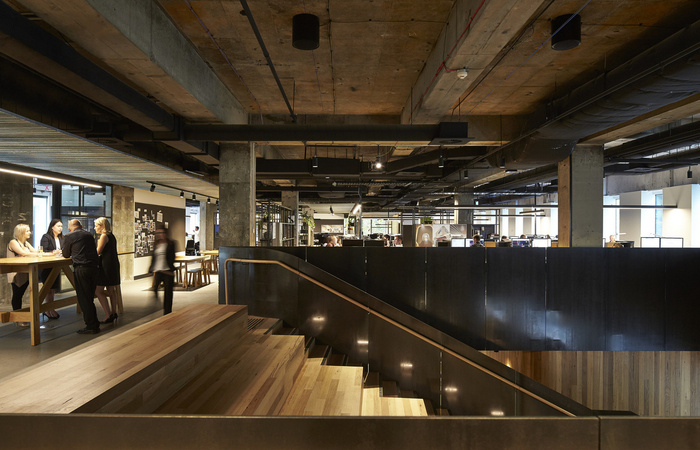 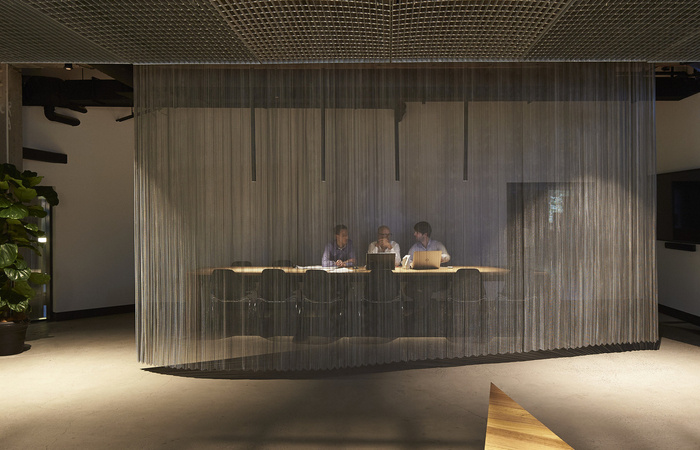 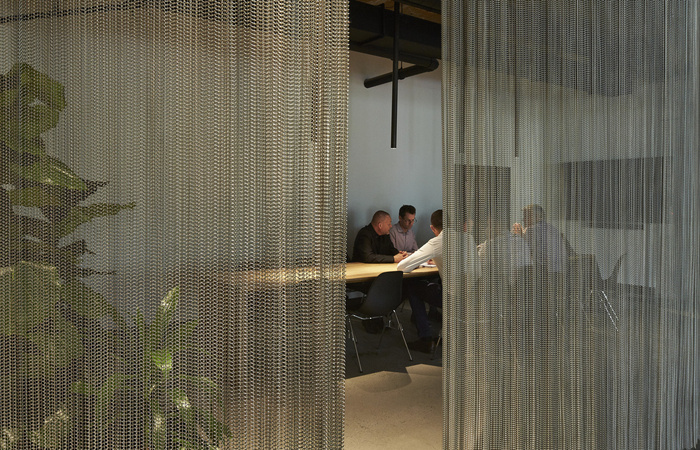 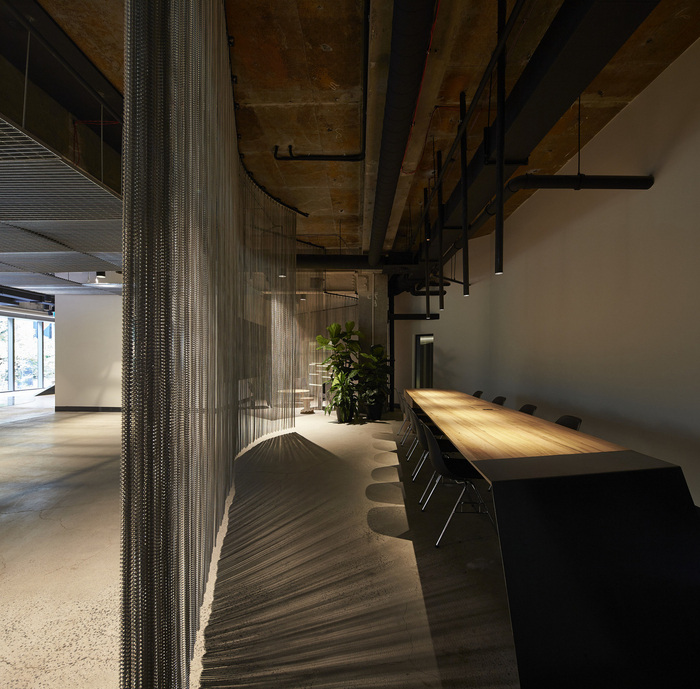 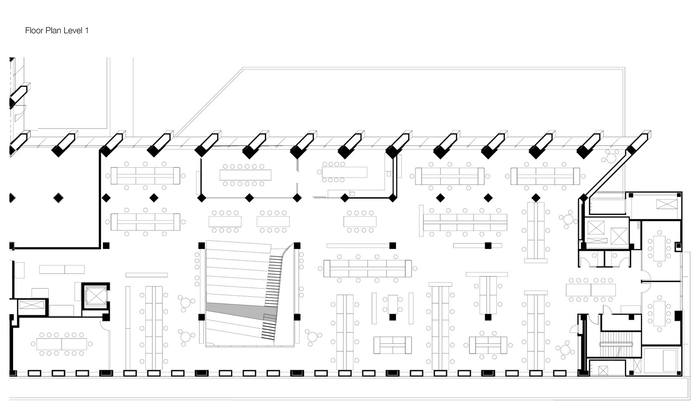 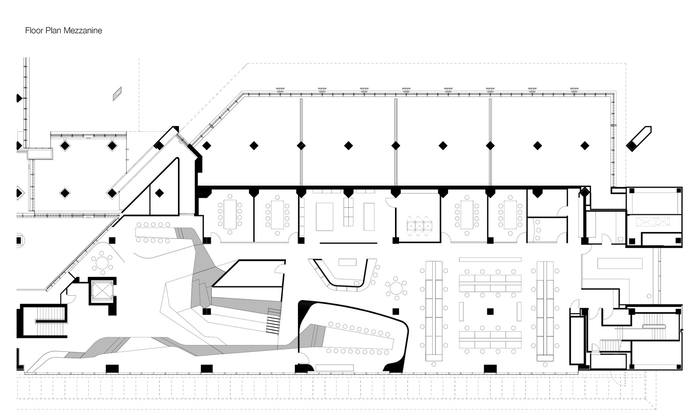