Gazeta is one of the oldest news agencies in Russia. Owned by a large media holding Rambler&Co, the editorial office of Gazeta.ru was relocated to Danilovskaya Manufactura, a 19th century former manufacture building, to join other subdivisions of the media group.

The challenge was to create a comfortable and multifunctional work space for a journalists’ team that included areas for different activities – zones for concentrated work along with various meeting and social spaces. The editorial office of Gazeta.ru occupies the third and the fourth floors of a 4-story building. Office accommodation comprises workspace areas for individuals and teams, meeting rooms, lounge-zones, mini coffee points as well as a kitchen-dining-room located on the 4th mansard floor.

Besides, employees can use a multifunctional hall equipped with most modern audio-visual equipment for conferences, lectures, meetings and presentations. Formally, the hall belongs to Chempionat.com – another subdivision of the media holding Rambler&Co – but both teams have it at their disposal.

The whole publication process is very fast so the speed of communications between different departments is extremely important. That’s why working desks are placed in an open space. The chief editor’s and his assistants’ cabinets are located right in the middle of the editorial office for the convenience of communications and information transfer with all the departments of the news agency.

The portal’s reports cover a wide range of news: politics, style, auto news. Architects decided to show the scope of information the agency reported using only one color- White. Graphic black accents on the floors and windows create an image of a newspaper page or an information web-site. The interior is made up mostly with custom furniture produced in local workshops according to the architects’ sketches. 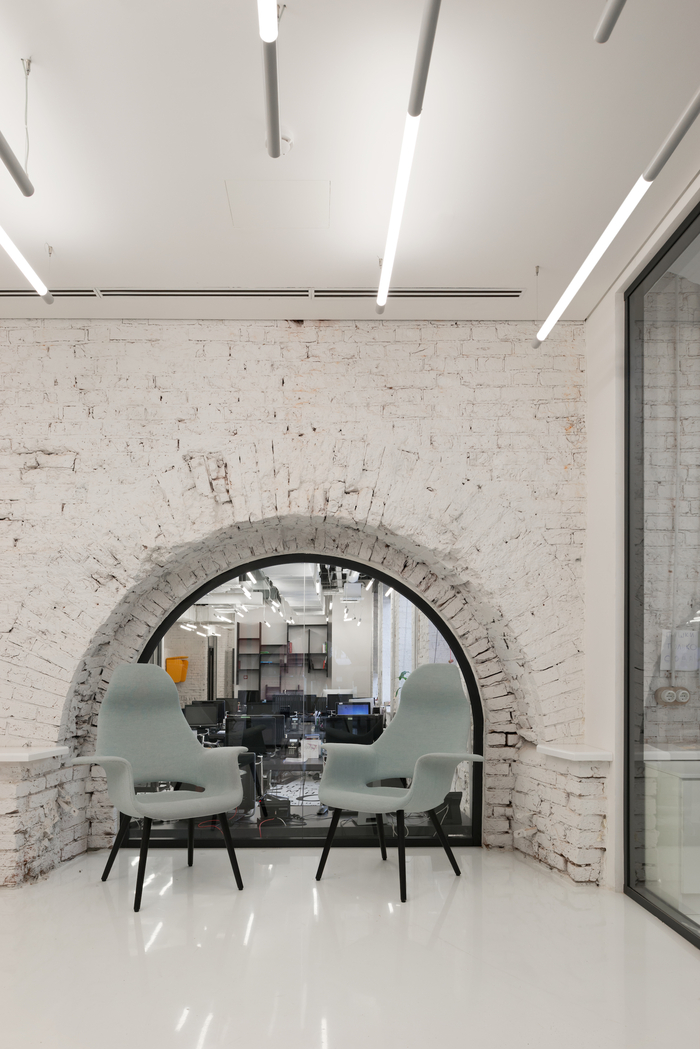 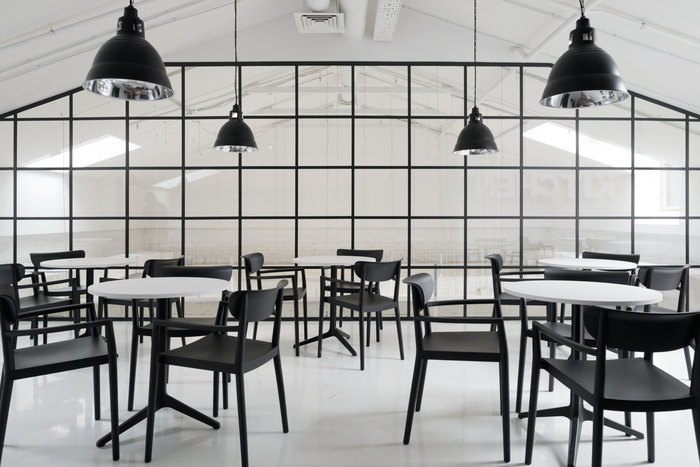