lauckgroup has developed the new offices of Galvanize located in Austin, Texas.

Galvanize, a visionary group in their industry, has created a model that bridges the gap between education, start-ups and industry partners in the technology community. With several locations around the country, the company has established campuses within major technology cities creating a network of campuses for its students and members. These hubs bring together entrepreneurs, programmers, data scientists and established industry partners to create opportunities for anyone to learn work and grow.

With campuses rooted in Denver, Fort Collins, San Francisco and Boulder, Galvanize looked to the Silicon Hills in Austin Texas for their next location. The Austin campus is sited at the center or the city’s largest growing area on the 2nd street district.

The design and client team collaborated to create a floor plan that activated the space by placing social nodes where students and members could interact on a day to day basis. The monumental stair functions as a vertical connection between the member and student levels as well as an illuminated design feature that is central to the campus.

The materials palette is industrial in nature and playfully utilizes the companies brand color as wayfinding accents throughout the space. In addition to interior architecture, the design team provided wayfinding and branded environment services that bring the design together with local murals and custom signage. 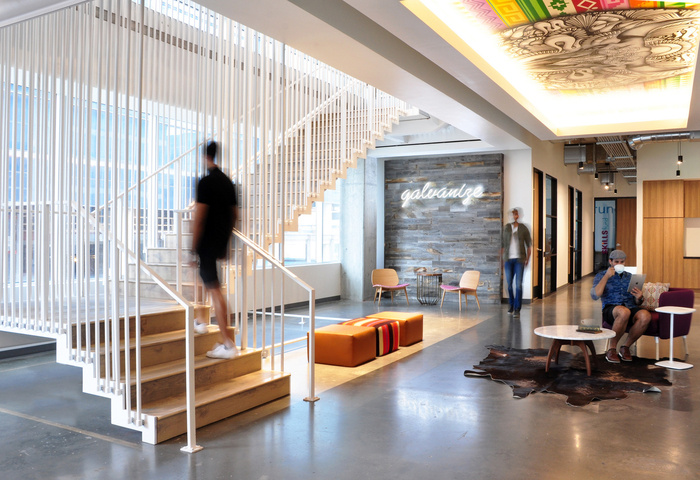 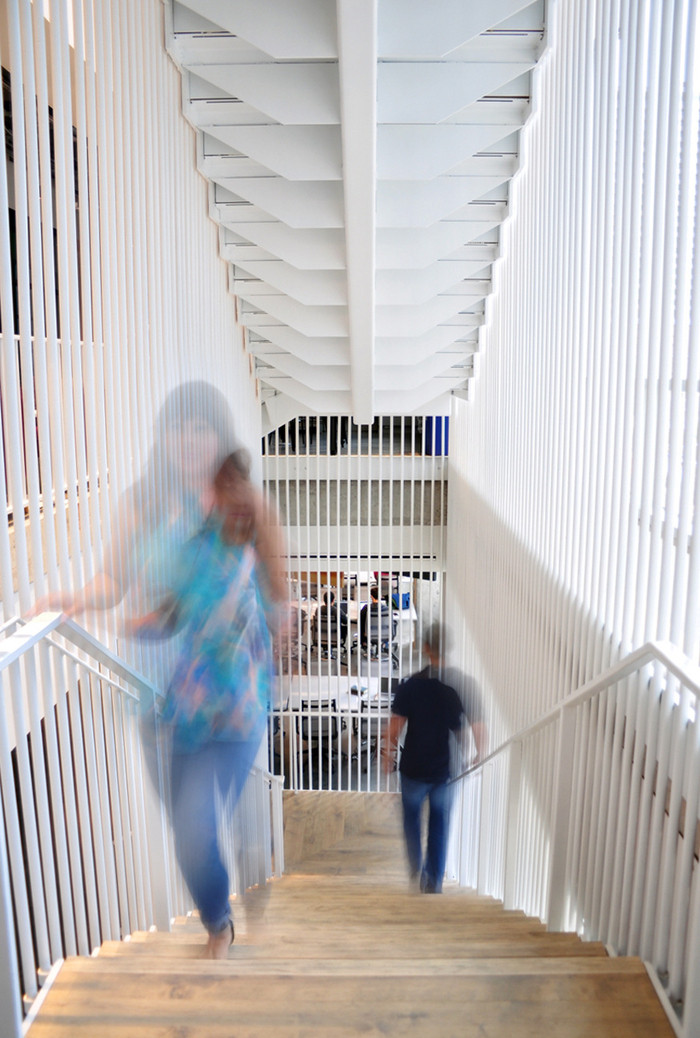 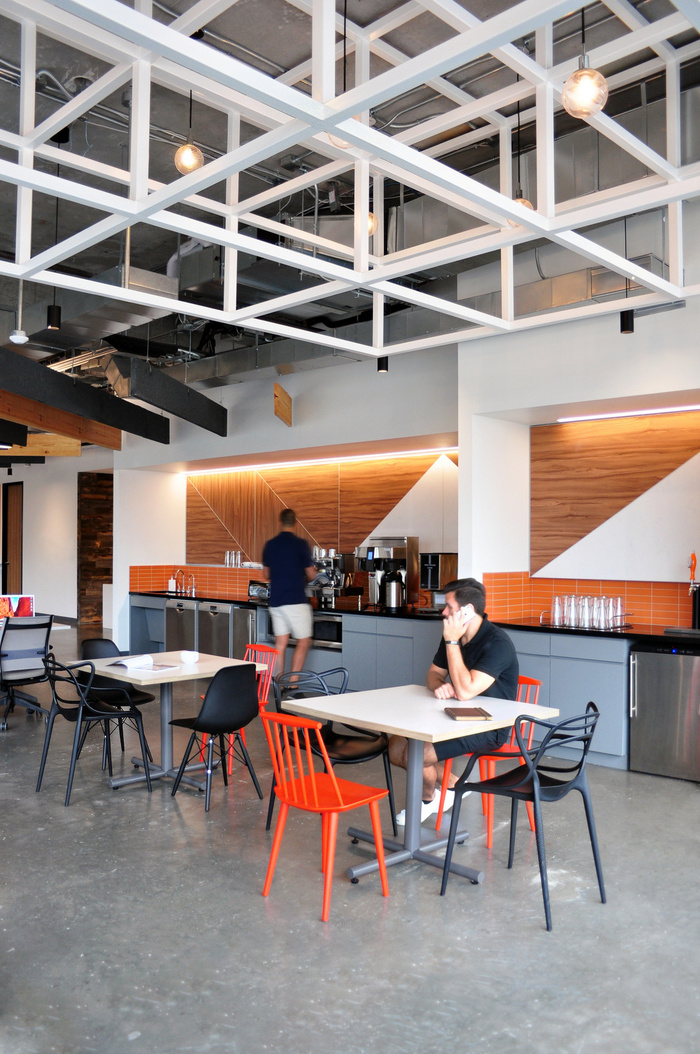 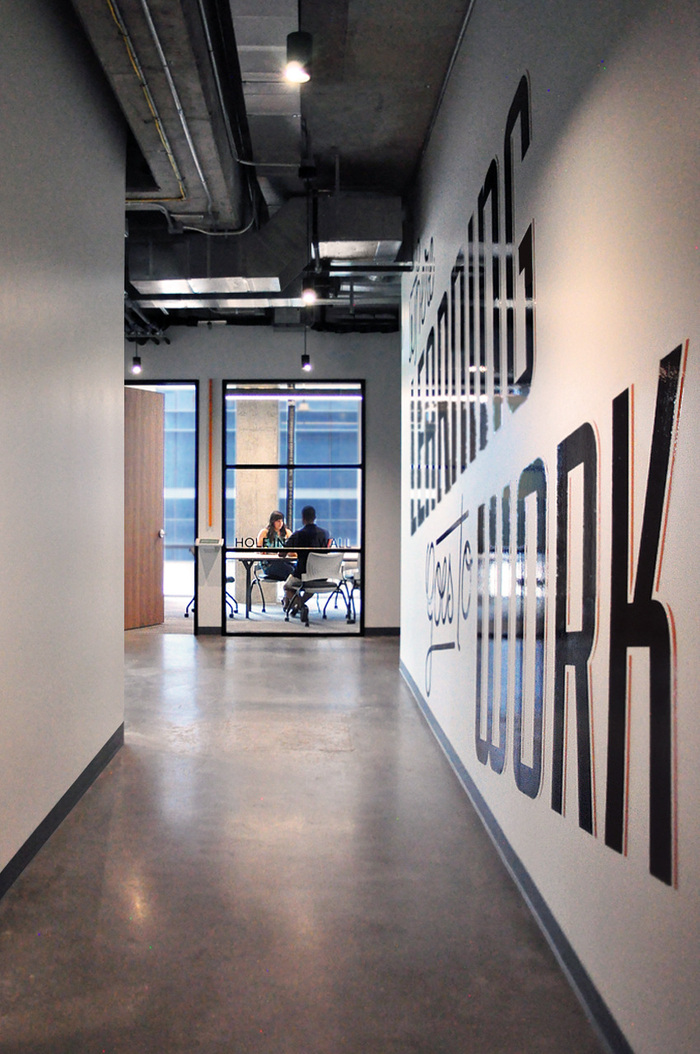 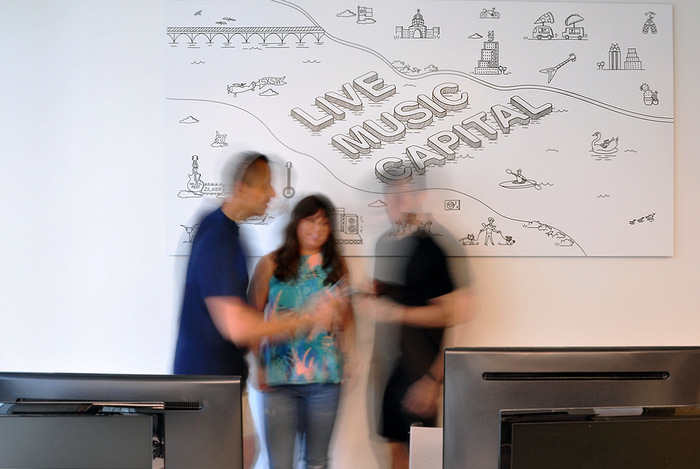 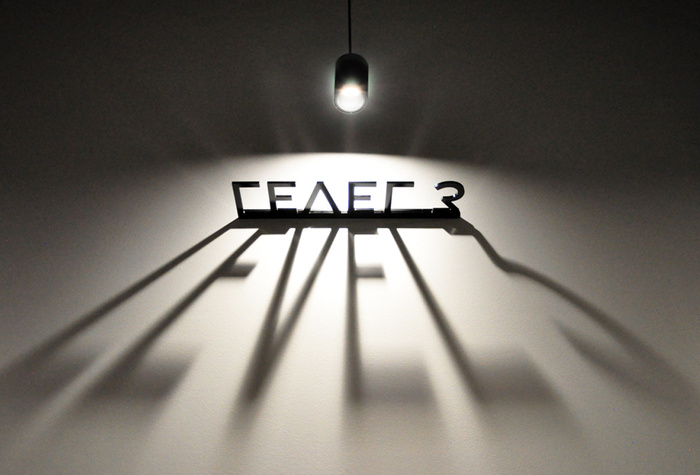 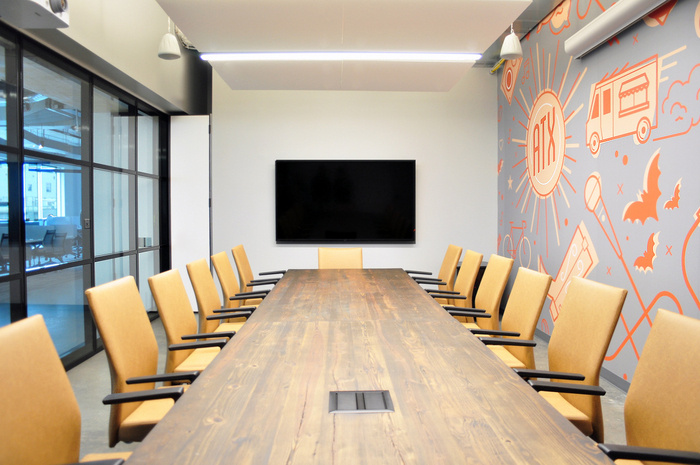 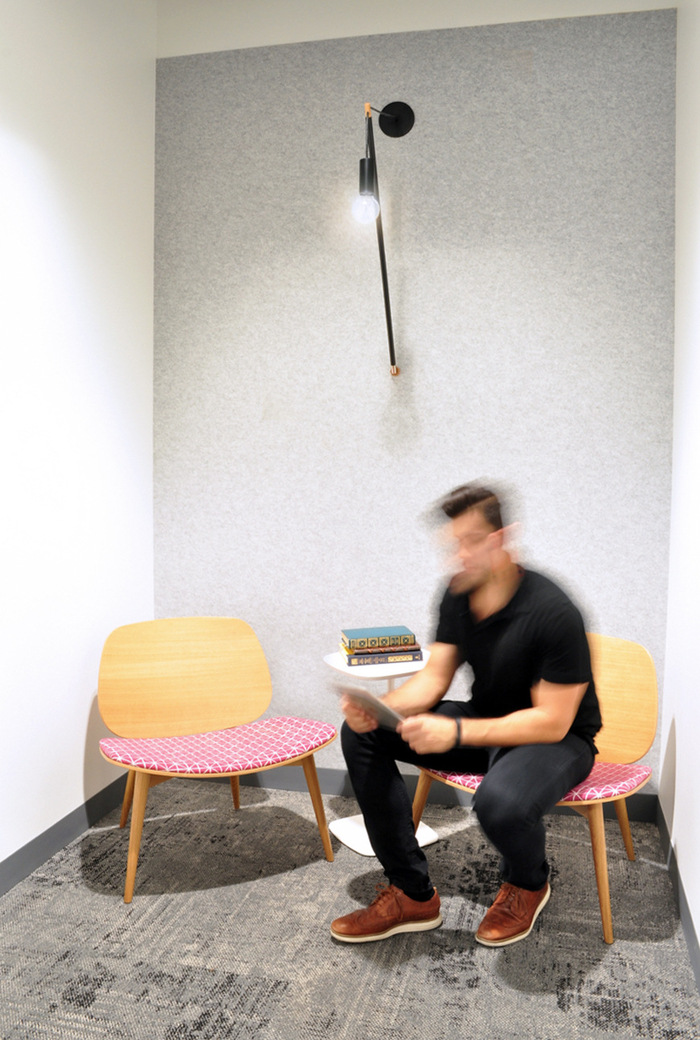 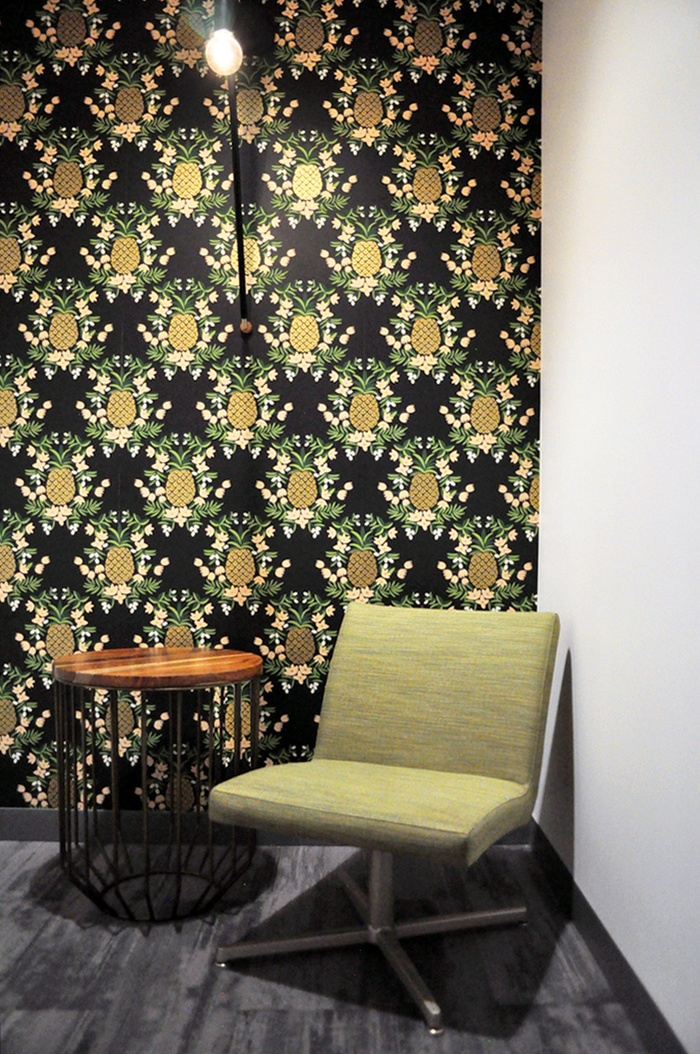 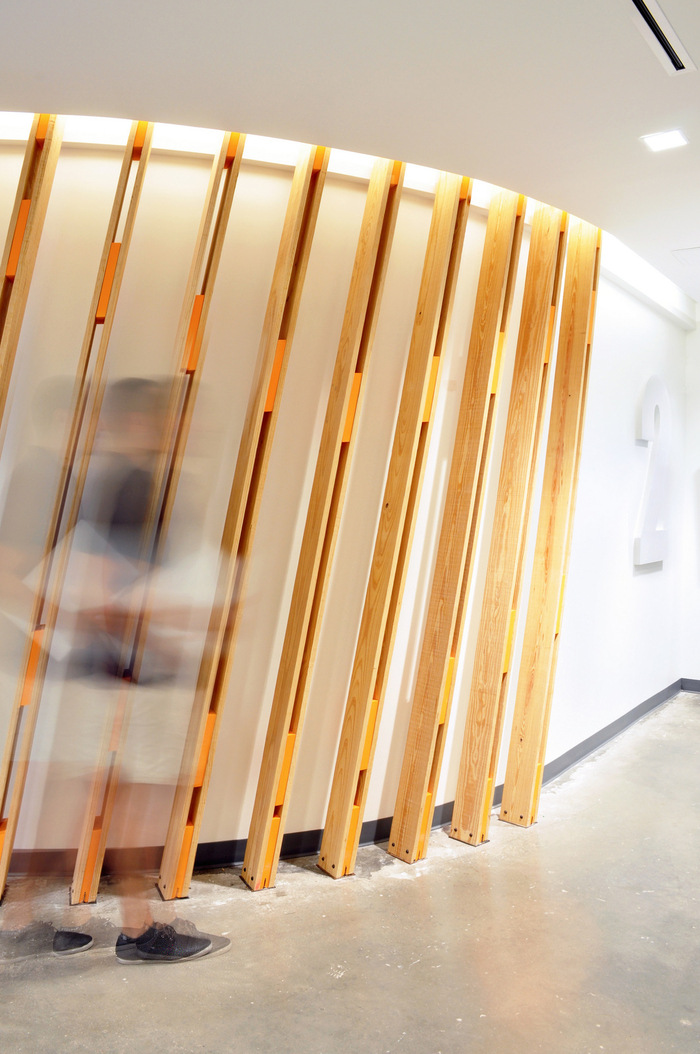